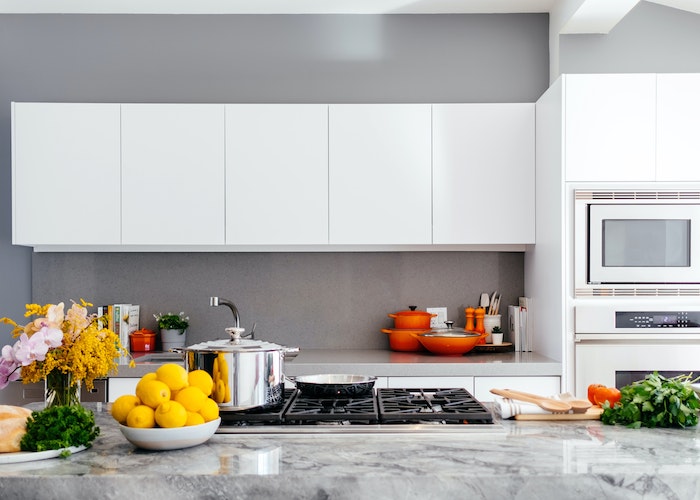 Through college, I felt like meal-prepping was this extremely “adult” thing that I would basically never figure out, and therefore didn’t even want to try. I basically subsisted on a diet of even parts takeout curry, Chipotle, and entire blocks of cheese to supplement the free meals I got for being a dining hall cashier.

In addition to being a pretty expensive way to live my life, it was also unhealthy AF. And pretty much the minute I realized my college metabolism had forsaken me, I realized it was time to ditch the Seamless subscription and pick up a cookbook (or in reality, get on Google, because cookbooks are pricey). And in the years since, I’ve gone from a person whose version of “meal-prepping” was limited to reheating frozen entrees in the microwave to someone who is able to easily go for months without eating out by bringing packed lunches and finding ways to re-energize my leftovers.

In large part, becoming a person who meal-preps required finding that balance between making large enough quantities of food to last more than a day or two, with not getting sick of eating the same thing every day, and that’s required a pretty significant investment in the kitchen — from actually buying raw ingredients to buying the kitchen equipment that’s made cooking big meals in bulk so much easier. Here’s my list of the meal-prepping buys that worked for me — and those that did not.

They say “If it sounds too good to be true, it probably isn’t.” Well, in the case of air fryers, the truth really is in the name.

If you’re new to going the healthy route as it pertains to all things food and healthy recipes, an air fryer will be your best friend in the kitchen. This is especially true if you value texture, and often crave the “crunch” that comes with fried foods. If you don’t already know how one operates — air fryers use a circulation of hot air to cook food that would otherwise be submerged in oil. Because of this, air frying is healthier than frying in oil, and it cuts calories by a whopping 70% to 80% and has a lot less fat than fried foods prepared in trans fat and other oil.

So in this case, yes, you can have your fried chicken and eat it too!

There is literally nothing more important than having something durable to put all the food you just batch-cooked into so it lasts the entire week and still looks appealing by the end of it. I have two sets — one, a set of sturdy glass containers that transition seamlessly from the freezer to the microwave or oven; and the second, a set of identical rectangular “lunch boxes” that I use to batch-prep when I make anything in bulk. Currently, my boxes are filled with chicken curry and fried rice. Portioning it out in advance means I actually get the number of meals out of a dish I intend to, and it makes it so much more convenient to just grab a lunch from the fridge and run.

Yes, there are times I’m down to spend extra hours searing meat or gently toasting spices, but there are also times I have roughly fifteen minutes in the morning to cook for the day, and on those days, the best way to come home to a hot, flavorful dinner is to dump ingredients in the slow-cooker and run out the door. From chili to bulgogi to soups, there’s basically no comfort food it can’t make, and that makes it literally invaluable for the average meal-prepper.

My one gripe about slow-cookers is no matter what you do, there’s always a burnt crust at the top that takes a full day to soak and a while to clean, and having a giant pot taking up my very small sink is not my favorite. Then I discovered slow-cooker liners, which cut down your cleanup efforts to basically zero. Lining the pot before cooking means you just need a quick rinse after you’re done cooking to get your slow-cooker back in working order.

I am a person who loves fresh herbs deeply, but I’m always irritated when a recipe calls for a handful of fresh sage leaves or a tiny bit of cilantro to finish, because then the big bunch I’ve purchased basically rots to nothing in the back of my crisper. The same goes for fresh pesto, or stock, or basically anything that I only ever need a little bit of at a time. Then I discovered that these are all things you can freeze without a significant loss of flavor. Stocking up on extra ice cube trays is the perfect way to save your perishables in tiny portions, thus cutting way down on food waste. At any given time now, I have frozen trays of herb butter (just put a cube on your steak or grilled seafood for delicious, herby perfection), chicken stock (a cube of which adds incredible flavor to plain old rice), and pesto (from summer basil, which makes all those winter months so much more bearable). 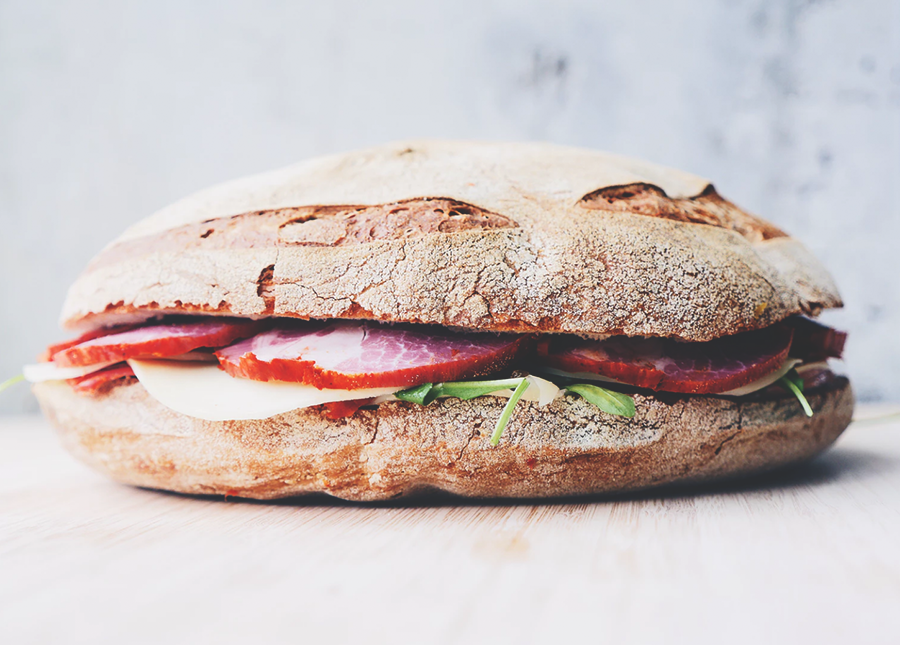 FoodHow Much I’m Really Saving By Packing My Lunch Vs. Buying It Out

As an avid meal-prepper, I’ve gotten extremely into garnishing my meals before I eat them to make it feel less like I’m re-heating the same dinner for the fourth night in a row, and more like I’m at a fancy restaurant where the Parmesan sprinkle on top of my pasta never needs to end. And there is no instrument that can make your food quite as fancy with so little effort as a microplane can. Grate the most delicate shavings of parmesan onto your pasta, zest a lemon to give your grilled meats and seafood a little extra punch, even use it to mince garlic cloves so you avoid those giant vampire-friendly chunks in your food — a microplane does it all. And having that fresh garnish to a pre-made meal often feels like the difference between boring leftovers and delicious dinner.

They don’t need to be expensive, but having even just one legit sharp knife makes meal-prep so much more efficient in how much more quickly you can chop your ingredients. I’m obsessed with this colorful knife set from Amazon — I’ve had them for two years and they’re still as sharp as ever.

As a South Asian, I grew up eating rice and daal for basically every meal, and as an adult, I feel somewhat incomplete if I go more than a day or two without a giant serving of grains and pulses on my plate. Buying these items in bulk often winds up being significantly cheaper and of better quality than stocking up at your average supermarket would be — particularly if you buy from an ethnic grocery store. And clearly, not everyone eats the amount of rice I do, so this should apply to anything you eat a lot of. Buying non-perishables in bulk, assuming you have space, saves you money and means you’ll always have some basic staples on hand, thus reducing the temptation to go buy more food when your refrigerator looks a little bare.

1. Pre-Grated Cheese (if you use dairy)

There are some pre-prepped things that are worth the buy, and some that are definitively not — pre-grated cheese is a definite no. Manufacturers add weird things to keep it from clumping together in the bag, and those additives keep it from melting well, and it takes literally seconds to grate a block of cheese (especially with a handy microplane).

there seems to be a real proliferation recently of single-use gadgets, from avocado slicers to garlic peelers — many of which are easily replaced by an ordinary knife and common sense. If a gadget basically serves only one, extremely specific purpose, it’s probably going to be of limited use, and especially if you’re a twenty-something with limited kitchen space, it’s probably not the best for you.

Some dried herbs — like rosemary — retain their flavor, but with things like dried parsley or cilantro, you’re pretty much sprinkling green dust over your food. They add barely any flavor and they’ll sit there, languishing in your kitchen, until the apocalypse.

If you are the sort of twentysomething who has the counter space to accommodate the bulk and heft of a Cuisinart, more power to you. I love making pesto and soups, so I purchased one of these monsters pretty early on. And although it wasn’t expensive (a Hamilton Beach blender sets you back $20), it took up so much space and was such a pain to disassemble and clean, I barely ever used it. I then discovered that a handheld immersion blender does pretty much all the same things and ~bonus~ takes a minute to clean and fits in a drawer.

I love reading, and I love cooking, and I really love beautifully designed cookbooks that combine reading and cooking but y’all. These take up so much space. They are so heavy. My kitchen is not yet large enough for the wall of beautifully curated cookbooks I one day aspire to have. And in the meantime, I’ve been able to find every sort of recipe on the Internet, for free. Cookbooks are wonderful and beautiful, but they’re not the most necessary thing to becoming a good cook. Save your cash and google instead — you’ll likely wind up with more options for free! 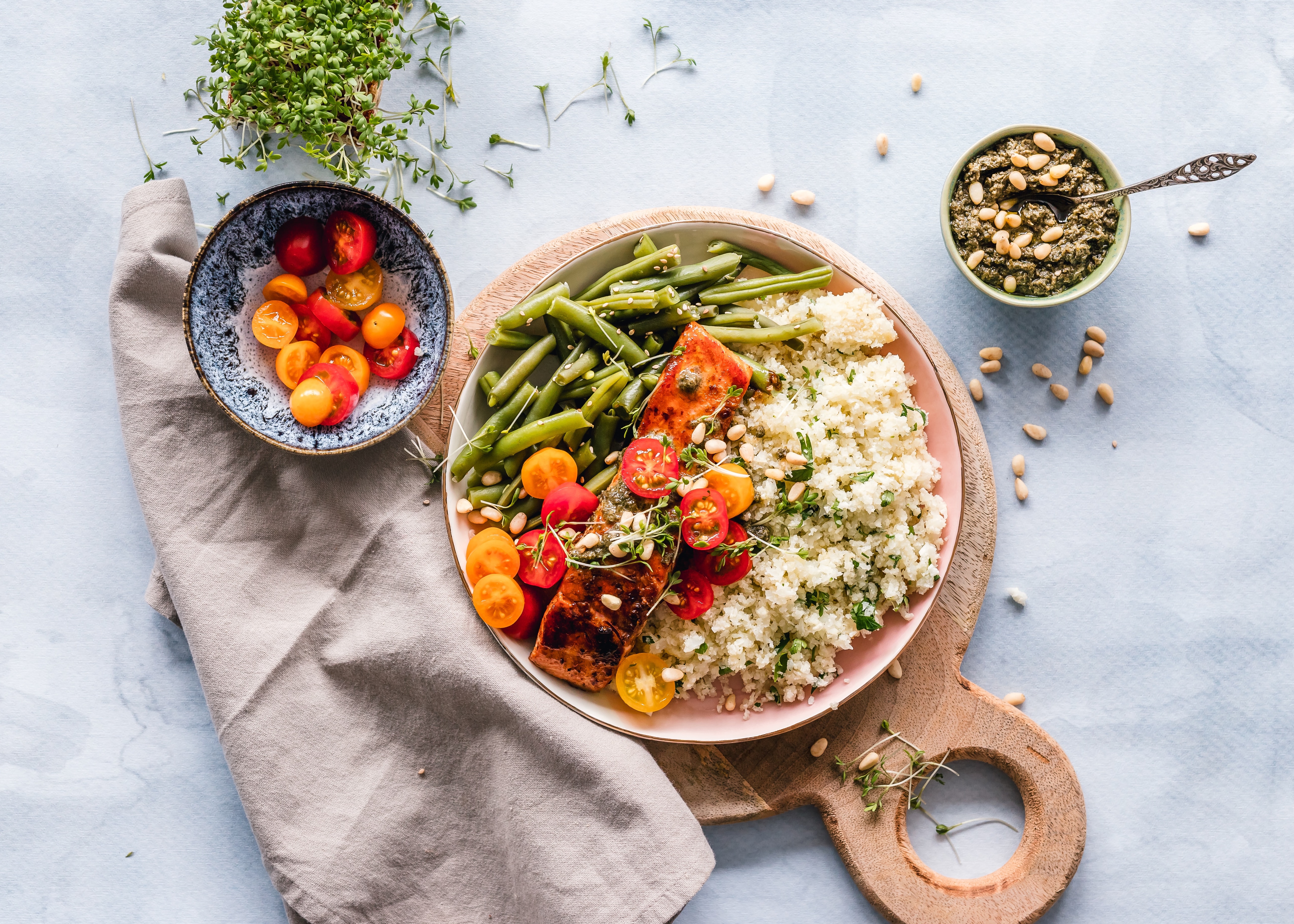 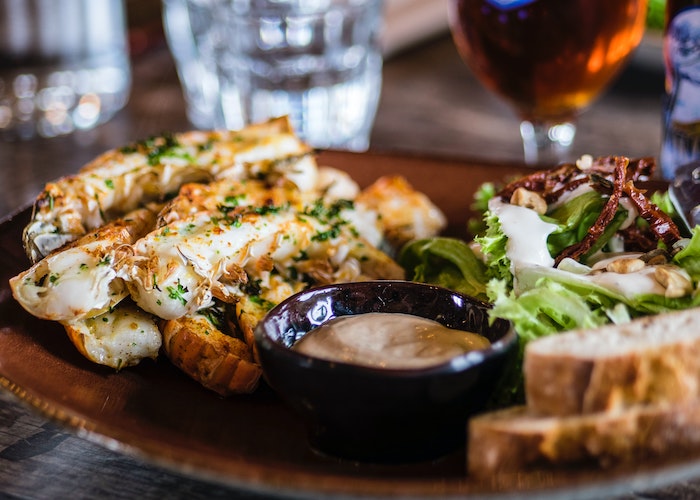 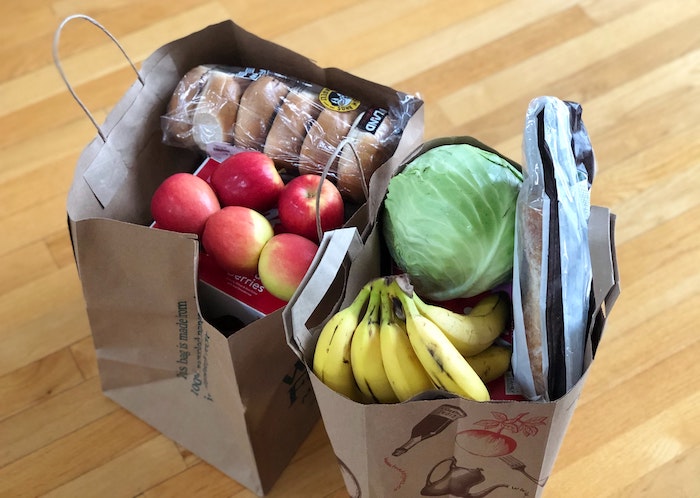