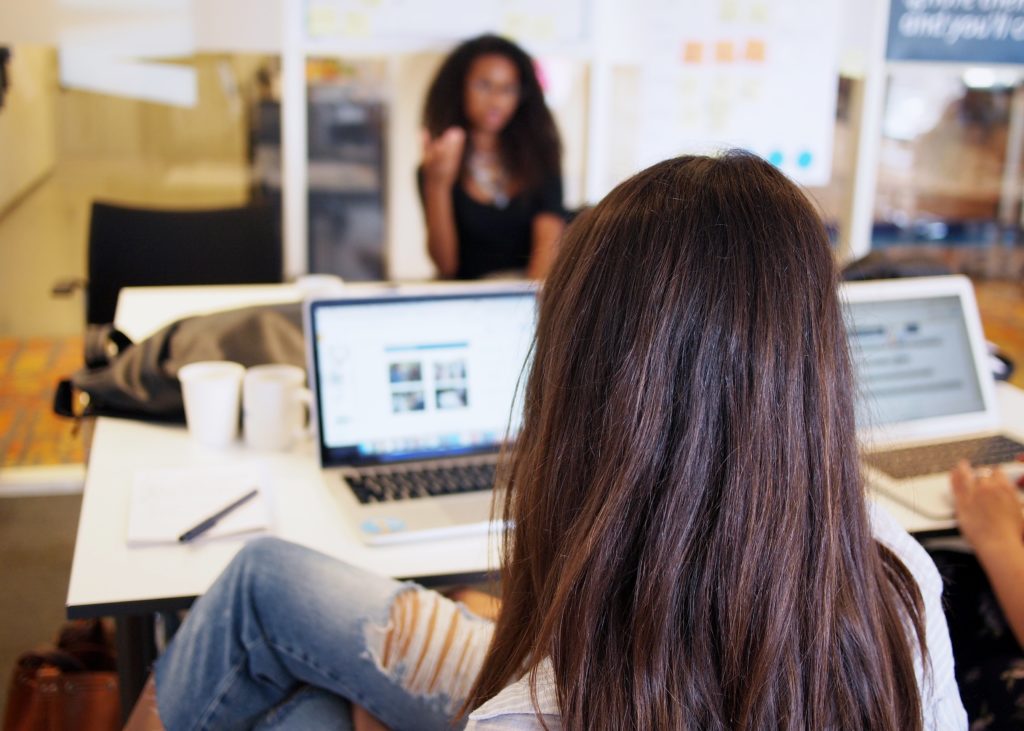 It’s been just over a year since I returned to my hometown, and I am finally ready to admit that I have left my life a digital nomad.

Despite the rising popularity of the gig economy and the appeal of working from anywhere, I never intended to become a freelance writer. Up until my late twenties, I had always done work that involved my body and that wasn’t in front of a computer screen. From teaching yoga to giving Thai massage to stripping to beekeeping to costume design to sailing, I loved learning new skills and getting paid in the process. What’s more, I didn’t care about having a career. With a fine art degree, my main priority was to live an interesting life and work was simply a means to that end.

Like most of the jobs I did in my twenties, I came to freelance writing out of an urgent need for money. I had just finished a three-year stint working and living abroad between Bali, New Zealand, Australia, and Thailand. I was on my way back to Canada to visit family before going to the Caribbean to work on superyachts. In a moment of money-related panic, I created a profile on Upwork and gradually worked my way up to better-paying projects and clients. Five months after that, I landed my first major client, and working online became my full-time job.

Instead of going to the Caribbean, I spent a year in Vancouver. I started studying coaching as a way to tie together my eclectic life experiences. When I had to move out of my apartment suddenly, I took the opportunity to relocate to Costa Rica. I thought I was living the dream. It was only a matter of time before I had recouped my losses from my past travels and could start paying off my student loans. For six months, it seemed like I was on track. I ate fresh papaya for breakfast, surfed every sunrise and sunset, and made regular payments towards my debt.

Then, my computer broke, and my life as a digital nomad erupted. Getting it fixed was going to take weeks and cost me just as much as I had bought it for. Buying a new one would be double what I had originally paid. On top of that, I had just turned 30. Not only was I not debt-free as I had planned to be by that birthday, but I was also in a lot more debt than when I’d set that goal for myself. After almost five years of being a nomad, the dream I thought I was living revealed itself to be what it really was: a financial hell of my own making.

I had been repaying my debt but had no savings, no assets, and nothing put away for retirement. While I didn’t wake up at 30 wanting to replicate the suburban life of my childhood, I also didn’t want every unexpected expense to lead to a full-blown panic attack. Without a working computer, I had to give up all my clients and my only channel of income. What’s more, it would cost me less to fly home and get my computer fixed in Canada than it would for me to try and find a solution in Costa Rica. So I packed up my life again and got on a plane.

When I landed in Windsor, a place I swore I’d never return to live when I left for university at 18, I was still in denial that my finances were as bad as they were. It would take me a few months to acknowledge that I’d been living beyond my means for many years. It would take a few months after that for me to accept that I wasn’t going to be returning to my life as a digital nomad anytime soon. This caused me some anxiety initially; I had become attached to my identity as a traveler and was unsure of who I was without it.

Unlike previous stopovers in my hometown, this time I made an effort to get out of the house and meet people. First, I joined a local gym with a welcoming and diverse community. Then I began to spend more and more time in nearby Detroit. While Windsor had changed very little in the past 12 years, since its bankruptcy in 2013, Detroit had become a vibrant city full of amazing and still affordable restaurants, a mix of emerging and established artists, and socially-conscious small businesses founded in the spirit of the area’s blue-collar work ethic.

Detroit is the kind of up-and-coming city I have only ever dreamed I’d be a part of. When I finished my fine art degree in Toronto, I was exhausted after seven years of working full time and being a full-time student. Then burnout landed me in the hospital two weeks before graduation, and I abandoned my creative practice in favor of travel. Despite this, everywhere I went, I kept hoping I would find a creative community that would guide me back to making art. As it turns out, the thing I was looking for was in my own backyard all along.

Over a year after returning to my hometown, I have become a part of a writer’s room in Detroit that has reintroduced me to my creative practice. Through this space, I have also made new friends, including someone who I’m now co-writing a TV show with. I’m starting a podcast and am building out my coaching practice. I go to at least a couple of readings or creative events every week and am getting into really good shape. Being closer to my family has allowed me to be more present in those relationships, and I have more time to stay in touch with my friends abroad.

While there are parts of my life now that are much less glamorous than when I was a digital nomad, I am really happy. I might have a long way to go before I’m debt-free and have predictable income as a writer and coach, but I’m no longer racing towards those goals. Instead, I’m allowing myself to enjoy the stability I do have access to while satisfying my need for inspiration in Detroit and fulfillment in the creative projects I’m working on. Never in a million years would I have thought that this is where I’d end up, but I’m really grateful that I did.

Of course, I look forward to traveling in the future in different ways. But for now, both my bank account and I are relieved that my life as a digital nomad is over.