How Slacking On My Fitness Cost Me $600 In One Year 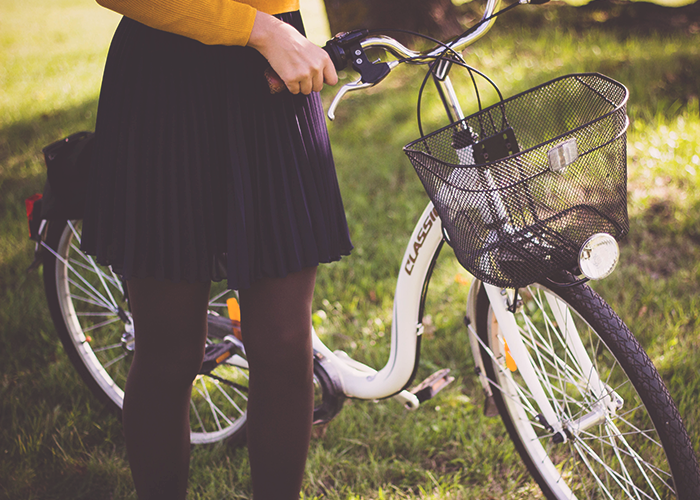 I liked to consider myself a pretty typical person/young woman/graduate student when it came to personal fitness. I cared about being in shape for all of its physical and mental benefits, but I could never maintain any sort of consistent workout routine. My “active lifestyle” consisted of walking my dog every day, taking the stairs, and doing something more intense when I was in the mood.

This amounted to deciding, every few months, that I was going to be the ultimate picture of fitness and begin an exercise regimen that would involve about 40 minutes of cardio/HIIT workouts

four or five days a week, and then promptly abandon my plan after about three weeks. Looking back, I can’t even put my finger on exactly why I would lose motivation. I know I felt better about myself when I worked out, but I always let excuses creep back in and thwart my plans.

Let me explain why I’m speaking in past tense. Just over a year ago, I had begun one of these plans at the start of my summer classes, leading up to the last year of my graduate program. The weather was warming up, and I was feeling rejuvenated and inexplicably inspired to be my Best Self Yet. I figured that with all of my free time, I would be able to form good habits, reduce stress, and get into a routine that I could effortlessly continue when my schedule became more hectic. This time around, my full-proof plan lasted a mere three days.

I thought I had just pulled a muscle and would be back to working out after a day or so of rest. Then a week went by, and I still had this aching-sometimes-stabbing pain on the side of my hip. Since resting didn’t seem to help, I thought maybe I should try walking to loosen things up. But no, that made things worse, so how about just ignoring it for four months until finally deciding to go to physical therapy? Solid plan.

I’ll spare you the details of my PT sessions, but suffice it to say that I didn’t think they were helping, either. Four sessions= $200 down the drain. A few months later, I decided to see another therapist at a different place that required a referral, and he basically told me the same things as the other therapist. But I was feeling more optimistic, so I tried three sessions…that cost $180, plus $70 for that referral, who also recommended a $30 X-ray. $280 wasted.

Now, bear with me when I tell you that I tried physical therapy for a third time about a month ago. I’m pretty sure I was defining “insanity,” and not the Shaun T type. I had been googling “hip anatomy” and reading countless articles about the conditions I could have inflicted upon myself for a year straight. I was contemplating getting an MRI, but I didn’t want to spend the money unnecessarily (cue: scoff). This last PT was out of my insurance network, and cost $120 for one session. Which brought my grand total to $600.

I still don’t know what exactly is going on with my hip, but I have a good idea that I probably initially tore a muscle and/or tendon, and then I worsened the problem with the exercises I learned in PT. Besides surgery, the only way to heal a tear injury is to rest for up to nine months. And this is when I tell you that all of the money I’ve spent so far pales in comparison to what could potentially be almost two more years of recovery.

The lesson to be learned here is one that I am definitely still trying to learn every day. And it’s about patience. I wanted to get in shape overnight, so I overworked my body. I was doing exercises that my muscles were not ready for. Of course, people who are fit and work out regularly are also capable of injuring themselves during exercise. But I know that I what I did could have easily been avoided if I had started slowly, and eased into the more intense workouts. I was way too impatient.

So, in my attempt to avoid spending more money or getting surgery, I will continue to rest, listen to my body and maybe do some yoga while I figure out a workout plan I might actually stick with.