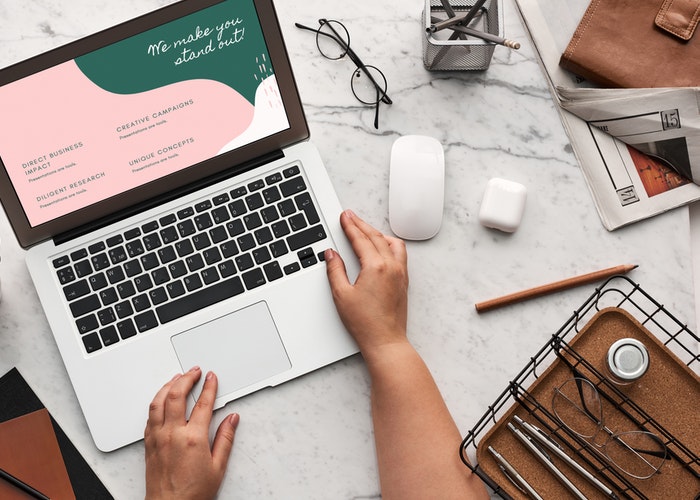 I once had a boss who told me I can learn just as much from a bad boss as I can from a good one, and that’s not a lie. We tend to fetishize mentors and fairy godmother-esque managers who take us under their wing and show us how to navigate work, but sometimes it’s the bad managers who make more of an impact and, ironically, teach us crucial career lessons.

Here are some examples of lessons I’ve personally learned from the absolute worst bosses.

1. You’ll never do your best work if you feel replaceable.

I had a boss who, during one of our weekly management meeting, told me and everyone sitting at the table: “Everyone here is replaceable. You’re all replaceable. Just keep that in mind,” he said. I’m not sure if the point he was making was to embolden us to fire people, or to make us feel like we could easily be fired. It didn’t really matter, because in that moment, I felt devalued and threatened, as I assume the rest of my coworkers did.

If I got let go or left, could they just find someone else just as good (or better) than I was? Did this mean I, as an individual, didn’t bring anything unique to the table? When you tell your employees that they can be replaced or make them feel that way, you’re essentially telling them they don’t matter, and neither do their skills, experience, and talents. So, as an employee, why bother utilizing any of those skills, experience, or talents in your job? It creates a low-morale environment that’ll fester until it’ll be impossible to hold onto talented people who deserve better.

2. Equip your employees with a clear road map.

A lot of us have experienced jobs or duties that were simply dropped on our plates or have had managers who expected us to just “figure it out.” Maybe it’s because they considered the task intuitive enough, or maybe they were just overwhelmed themselves — but no matter the reason, this can be frustrating and can impede your success. You might work in a “fast-paced” environment, but if you feel like you’re expected to figure everything out on your own (especially if this involves responsibilities you weren’t tasked with, to begin with) that’s not fair.

There should always be a balance between allowing employees to figure things out on their own and developing autonomy, versus never providing clear direction, ever. As a boss, that’s your job. Giving team members a roadmap (ideally, along with goals, KPS, OKRs — whatever corporate jargon you want to swing with) sets them up for success, and that’s ultimately what you want, as a manager: for everyone on your team to feel like they can achieve success in their job.

3. A paycheck isn’t the same thing as being valued.

I’ll always remember the scene in Mad Men in which Don tells Peggy, “That’s what the money is for!” when she accuses him of never saying thank you for her Cleo-winning ideas. Don makes Peggy feel ungrateful, small, and whiney — and I’ve totally been in her shoes, as have many of us.

As a boss, you shouldn’t only be communicating with your team when you need to give feedback or constructive (hopefully) criticism. I find criticism super helpful, but I also thrive on motivation and praise. Desiring praise for your work when you do a good job doesn’t mean you’re too sensitive. It means you’re human. You want to know when you’re doing a good job — not only does it give you validation, but it also encourages you to keep working hard in that direction.

4. Give negative feedback in private.

At my first job, I ran a website’s social media accounts. When promoting an article on Facebook, I wrote “That’s not cool” in the caption. Two minutes later, the entire editorial team got an email from the editor in chief saying, “I don’t ever want to see ‘not cool’ ever again,” and it made me want to die and then be reincarnated as an animal that burrows itself in the ground. It wasn’t the negative feedback that made me feel so rotten — it was being called out in an email in which everyone knew I was the one who had written those words. People make mistakes sometimes, but it’s always better (and honestly more effective) to gently, individually call them out on their mistakes, versus blasting it in an email, Slack, or in person.

5. Learn to keep your cool when big problems arise.

One of my bosses had a reputation for losing any ounce of shit he may have possessed if any problem (big or small) would arise. He would scream, pace back and forth in the hallways, and make us all feel like we may as well have taken the company’s bank account and committed arson. Getting calls and texts at 10PM about an image used on Instagram, for example, was “normal.” An article with too many negative comments would turn into a two-hour long, heated lecture. There are totally reasons why, as a boss, you might get angry about certain outcomes — but being verbally abusive and allowing yourself to give in to frequent outbursts is never okay (or shall I say, “not cool”) or productive. I’ve learned that, even when I’m deeply frustrated and want to kick a hole through a wall, I should take a step back, breathe, collect myself, and only present my most calm and rational self. Any other alternative to that is honestly just not acceptable. Get your shit together, and don’t lose it.

6. Avoid gossiping about other managers and employees.

I had a manager who would corral me into her office and vent about other members of the leadership team. I’m sure it felt cathartic for her, and it admittedly made me feel special. I felt trusted. I was in the inner-circle. I was now privy to information about important people in the company, and that made me feel powerful. And I did the same thing when I became a manager — which, I learned, is a mistake. It might feel good in the moment, when you’re venting about someone else (whether it’s a coworker or another manager), but it’s never good form and it also helps cultivate a toxic environment in which people feel like it’s okay to talk badly about others. If you’re in a position of power, it only hurts your reputation when you gossip about other people, so don’t. Save that for happy hour Zoom calls with friends outside of work. It’ll feel just as good.

7. Hire people who are smarter than you — and let them do their jobs.

I think most people can agree that being micromanaged sucks. It makes you feel like you don’t know what you’re doing, and that every task you work on needs supervision. I’ve had a few micromanaging bosses who made me start second-guessing everything I did. It was paralyzing and started to impact my output and performance. While I would normally feel like I was pretty good at what I did, over time, I questioned myself. Did I really know what I was doing? If I did know, why did I feel like I was under constant surveillance?

Smart, talented humans usually don’t thrive in micromanage-y situations. They’ll get frustrated and realize there are better opportunities elsewhere. Aim to hire people you trust, and then give them the space, encouragement, and tools to flex their abilities.

Some managers really fear change, especially if they’re ego-driven and insecure. In my experience, it’s usually a combination of both. Bosses who like to be in control of everything sometimes don’t want to change direction — especially if it isn’t their idea. Being a good manager and leader means being flexible and listening to people. Industries change. They morph and require different resources and skills and tools. I firmly believe there’s no “secret sauce” that never needs recipe tweaks. As a manager, be open to change, especially if the suggestions are coming from employees who could have valuable outside experience. I’ve seen bad managers view input as a “threat” and penalize employees with the suggestions. That kind of attitude never ends well.

Especially when you’re at a startup or quickly growing company, decisions change all the time. Plans pivot, sometimes daily. And while that can be frustrating, being indecisive about those changes makes things worse. I’ve had bosses who’ve laid out time-intensive strategies that require a lot of coordination, resources, and focus, only to be told a week later that this specific idea had been scrapped — multiple times. It becomes demoralizing and makes you feel like what you’re doing is, honestly, meaningless. Be as decisive as possible. As a boss, you should be confident in what you’re telling your employees to do. Because if you’re not, you’re wasting time and money, and employees will 100 percent lose their faith in you and your vision.

So I recently had an interview with a big social media company. I didn’t get the job, which is okay. But I’ll never forget the interview. One of the questions the hiring manager asked me: what it was like working with one of my former bosses? This boss had a terrible reputation for acting belligerently to representatives of the said very, very big social media company. I knew his behavior was inappropriate, but I didn’t realize that it would be so far-reaching. The person who was interviewing me was in charge of her own department. “I would never want to work for them,” the hiring manager told me, making me feel awkward and flabbergasted. I had never experienced an interview in which the hiring manager disliked a person I had worked for so much that they’d bring it up. Case in point: If you’re in a position of power, no matter if you’re talking to clients, reps, candidates, your employees, don’t be an asshole. It doesn’t make you look any smarter or powerful.

11. Don’t be too scared to give negative feedback.

This one is on me. I’m the bad boss who was too nervous and scared to give negative feedback. Did this avoidance method eventually backfire on me? Absolutely. Did it help my employees sharpen and better their skills? Nope. When I was first promoted to a management position, I was scared shitless to give any of my team members constructive criticism. I’d dance around it, pretend their errors didn’t exist, and worst of all? I’d fix them myself without saying anything.

It was daunting to tell people (who I’d worked side-by-side with for a long time) that I thought they could be doing a better job. At the time, I felt like I had no real authority — and that probably came from a place of insecurity, being promoted too quickly and awkwardly, and just straight up cowardliness if I’m being real with myself, which I am. It doesn’t help anyone if you don’t guide your employees in a meaningful way. In fact, it sets everyone (both manager and employee) up for failure. Learning how to give feedback is a skill I’m still working on, but it’s one of the most important ones that set you up to become a great boss.