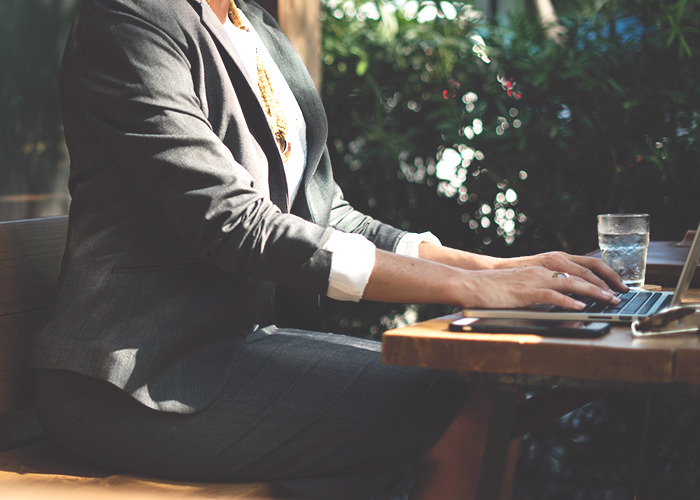 Some people don’t have a latte habit.

Crazy, but true. These days, I’m one of them. I definitely used to grab a coffee out every day, and sometimes a snack to go with it. Then, per the advice of every single personal finance article ever, I was told it was a terrible waste of money, and with that, I cut the habit. And I have saved money, and I don’t necessarily miss the fancy coffees, so I guess it was a win-win.

But as I’ve gone deeper into adulthood, developed bigger financial goals, and begun budgeting and shaping my life, it has become increasingly difficult to figure out where to cut corners during times when I feel like I need to.

Since working full-time after graduation, I haven’t experienced any lifestyle inflation in the slightest. I lived a lot better before, and if anything, we’ve tightened up a lot even though my new job came with a new paycheck. The apartment we moved to costs less than the one we were in before (although my personal half of the rent is higher than it was before since I split 50/50 with Drew now). The “extra” money I earn now that I didn’t before goes straight to savings, because buying nice things doesn’t feel like it can be a priority for at least a few more years. We budget, meal plan, clip grocery coupons, shop around for everything we need, and generally stay extremely frugal. We don’t get weird about spending money on a meal out with friends (I’m not one to give my friends a Venmo-shakedown for the $4 I feel they owe me — I never mind paying for it), but other than that, we keep things pretty financially tight over here. We have to. Drew’s loans cost more than most people spend on rent and utilities combined, and while I make enough money to survive, I’m certainly not a Rockefeller.

And now, we’ve been hit with quite the unexpected bill. My puppy ended up in emergency surgery yesterday (he ate a cork coaster — I’m still fucking reeling), and even with my ~blessed~ emergency fund, it put us a tiny bit in the hole.

And the truth is, a lot of the financial advice I read yesterday after anxiously swiping the card on little Gaston’s surgery bill didn’t give me what I needed. I needed more. I needed advice on how to be frugal even though I’m already frugal. (I.e. don’t tell me to stop buying coffee! I’m already not buying coffee!!!!)

So, I decided to take to my best method again. I went around and asked my most frugal friends to give me some tips on the most recent ways they’ve furthered their money-saving while already being generally careful frugal-as-hell people.

I asked ten people to tell me how they save extra money while already being super-freaking-frugal. Here is what they had to say.

1. “This sounds extreme, but I portion out all of my food — even snack foods — into little reusable containers. It sort of almost sounds disordered, but the thing is, it isn’t so much about portion control for health reasons as it is about portion control in the interest of saving money by not going through food too quickly. To be honest, we’re not destitute, and I probably could eat as much as I want for dinner and be able to afford the necessary ingredients to cook all other nights of the week, but it is a little extra step I took recently because we’re trying to pay back our student debt before our wedding next year. If I buy a bag of chips, I’ll literally portion them out into small containers to make sure the bag doesn’t get eaten in one or two sittings prompting me to purchase another bag. If I cook a meal for dinner, I’ll portion out Tupperware containers of equal-sized portions for us to eat for dinner, lunch the next day, and sometimes a second dinner if there are a lot of leftovers. It is extra work, but it really does ensure that nothing goes to waste and that nothing is blown through and replaced the next day.” — Hailey

2. “This is mom-specific, but I have to say: cloth diapers. They’re a little gross but wow they save me so much money. I’ve always been frugal, especially as a single mom, and with my first, I used regular disposable diapers because I felt like only weird hippies used cloth. But I switched to them because money felt so tight right after I had my son, and it is amazing how much I save.” — Ashlee

3. “Cut out waste wherever possible. Even if this has an upfront cost sometimes, waste is just the worst thing for you — environmentally and financially. Buying and preparing tons of food wastes food and your money. I don’t know the exact statistics, but I am pretty sure Americans on average throw away close to half of the food they buy, which is so fucking bad for the world in addition to being terrible financially. I’ve found that things that produce garbage always tend to cost more money. It takes me a little longer to travel to the grocery store further away where I can just buy what I need and scoop it all into my own reusable containers, but it feels worth it. When you buy prepackaged things, you’re paying for all of the packaging too, and then just throwing it away.” — Jennie

4. “100% bathe less. Our bodies are not necessarily meant to be soaked with hot water every day. It is bad for our skin, and makes us need more products to return moisture to the skin we’re ruining. I wipe off areas that feel like they require extra cleaning (you know exactly where I am referring to) daily, but otherwise, I full-on shower once or twice per week. I know people who do it even less — they don’t smell, they aren’t filthy. It is personal preference, if you feel like you need to every day to feel clean then go for it. But some people notice that their bodies simply feel better from bathing less, and I’m one of those people. And it does save a lot on the utility bill.” — Alicia

5. “Most every container can be reused. Jars from pasta sauces/pickles/jam/peanut butter/anything you purchase jarred can turn into drinking glasses, food storage, and even flower vases, so you’ll never need to purchase those things. Takeout containers can be kept as Tupperware storage for leftovers and meal prep. I kept one tissue box I purchased once and started buying bulk tissues in no packaging to just put into the box I kept (and you can obviously just get a reusable one instead of keeping a cardboard one if you want).” — Joanne

6. “I don’t know if this is extremely childish, but I am addicted to collecting spare change, and it has made me hundreds over the past few years. I’m not being dramatic — just pick up pennies, quarters, nickels, wherever and whenever you see them. Unless they’re like… someone’s. I just pocket them and at the end of the day dump them into a huge box. I used to keep them in a jar, but when you really keep your eye out for it, it starts to pile up fast. Also, aside from just searching for it on the ground or wherever, I think people underestimate the amount of change they just toss into their bag or on the floor of their car after getting change when purchasing something with cash. I save it all and bring it home to put in the jar — it is obviously hard to spend money that is in change, and it doesn’t feel like money since you can’t really buy anything with a little bit at once, but it adds up so quickly and really just saves a lot.” — Taylor

7. “I’m focused on saving on utilities a lot lately, so I do a lot of keeping the heat low in the cold months (of course I keep it just as high as I need to in order to prevent any problems) and just layering up to stay warm, doing more cold showering/cold water washing of things like clothes/my hands, keeping lights off all day until it is nighttime, and trying to just keep one or two lamps on in the house once it is dark. Generally unplugging things does wonders. Microwaves and coffee makers have little lights and clocks on them that waste power all day long. It seems negligible, but if you have small things like that sucking energy in your home all day, it adds up over time for sure. Also, in regard to laundry, I don’t wash things that aren’t towels/linens of sorts regularly. Minus underwear, my clothes (especially shirts and jeans) are not washed after every use. I live alone, I don’t have a ton of clothes, I don’t want to run the washing machine with such little laundry so often. Once every few weeks, I’ll run a load of laundry and wash all of my clothes. But I will re-wear the same things many times before I do that. And no, I don’t smell. ” — Matt

8. “Expired things aren’t expired unless they really seem expired. Like, if something smells or has shit growing on it, throw it away, sure. But most expiration dates are on food/meds just to a) save their asses in case something makes you sick, and b) make you buy more stuff. I keep things way past their expiration date unless they are obviously spoiled or bad, and it really saves me so much money I would spend replacing a tub of hummus the second it says it has expired. No. It hasn’t. The system is manipulating you into buying more hummus. Also, if something does have mold growing on it, I sometimes just cut that part off and use the good part. I’ve never had a problem.” — Kris

9. “Always use less dish soap and laundry detergent than recommended. I don’t think it needs as much as they say, and it saves you a lot. I use half the recommended amount for both of these things and my bottles last so long, and my clothes and dishes are always perfectly clean.” — Mackenzie

10. “I switched to reusable things like dishcloths and handkerchiefs instead of tissue and paper towels. It is an adjustment to get used to that instead of ripping a tissue or paper towels, but it saves a ton of waste and money. Would not recommend reusable toilet paper, though.” — Brendan