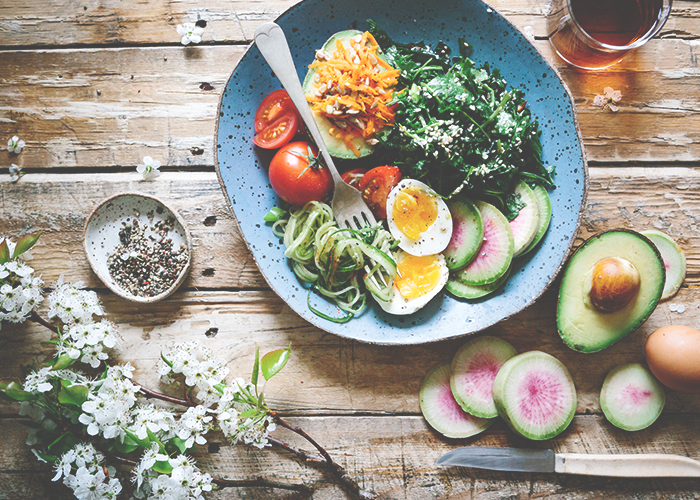 Last week, I got really freaking sick. It sucked in a lot of ways, but one of the worst and weirdest side effects was nausea that still hasn’t gone away over a week later. (I think it was from the antibiotic, but for some reason, my stomach still isn’t down for much.) One of the strangest things for me about being nauseated all week is that I’ve completely lost my taste for coffee. If you’ve read anything I’ve written before, you might know that I’m super into coffee. I grew up in a “coffee household,” where it wasn’t uncommon for my dad to have 3+ cups before 10 AM, or for me to be sent to school with a hot mug of it on a cold sleepy morning. Drew and I tend to go through a full pot in the morning, and sometimes I’ll even grab some extra throughout the day. Since it has always been such a prominent part of my life, I’ve definitely noticed differences since I’ve slowed down.

I’m sleepier. Like, a lot. Maybe that was just residual illness, but I napped midday almost every day last week. But aside from that, I’ve noticed financial differences.

In the week since I’ve stopped sipping, I’ve realized that coffee is probably somewhere I could definitely stand to cut back on. In fact, I don’t think I realized just how much money I’ve spent on it until this week. We buy a big tub of Folgers

from BJs and make at least one, but often two 12-cup pots every day. That giant tub of coffee only lasts a few weeks. Later in the day, if I’m home alone, I’ll toss about seven scoops into the french press to make a little more. Also, we recently got hooked on Nespresso

— and that shit is insanely pricey. I mean, it is cheaper than a latte (about $1.10/coffee capsule) but it is still a good amount of cash for at-home coffee.

I actually can’t believe I spend so much money on coffee without realizing it. It feels a little excessive, and I’m making an effort to cut back, even as my body starts to gently ease back into its old desires.

I decided that it might be interesting to survey a few people and see what kinds of things they spend money on without realizing it. Does anyone else have such a mindless coffee-consumption habit that going without it for five days was actually financially noticeable? Who knows! But I was determined to find out.

I asked 10 people what they waste the most money on without even realizing. This is what they had to say.

2. “I waste a ton of money on coffee in many ways. It goes beyond just buying it out a lot. I make a full pot and don’t finish it; I pour a cup and forget about it and then it is too gross to entertain the idea of reheating. Tons of dumb stuff. If I broke my coffee habit, in general, I’d be much more financially well off. “ — Christine

3. “Buying lunch at work. I swipe my little card for everything, and suddenly my paycheck is $50 less for the week when I could have easily bought all that food and cooked it for $10.” –- Gunther

4. “For me it is 100% clothes. I work in a city and my walk to and from work means seeing fast fashion stores in my face one million times per day. And I try not to stop at them a lot, but I do, even if it is just like ‘oh I need socks’ I’ll pop in and leave with crap I don’t need that doesn’t matter because it is cheap. It doesn’t put a terrible dent in my finances or anything, but I would surely have a big chunk of money if I didn’t buy clothes frequently.” — Hayley

5. “When I love cooking, I love cooking. I go above and beyond. I buy organic, and I buy the works. When I am not in the mood for cooking, I will buy something so I don’t have to cook. It all adds up either way. I’ve been trying to reign it in, but it’s hard. It’s a work in progress. I get cravings and act on them. I’ll be like ‘I can totally have two pints of Halo Top and sub it for lunch and dinner.’ -$13 from checking account.” –- Ciara

6. “I keep getting huge power bills, and I’m like, why? Then I realize I often leave all the lights on (because I hate being home alone), leave the TV on as background noise when I’m doing other things for hours, leave the heat or a/c on a ~luxurious~ temperature for many days at a time without assessing whether or not it is necessary, etc. When I get the bills I’m shocked, but like, there is no mystery here. I literally just am home all day and I overuse power.” — Morgan

7. “Food — mostly little fast food things, but food in general. I am not a frivolous spender, but I also really never say no to a dinner out with friends or anything like that. It is an important part of my life. But it definitely adds up. I’m not putting myself into debt over it, but it is definitely something I mindlessly spend on without paying attention to the cost. I’ll look at my account statement and see things like ‘-$75 at whatever restaurant’ and I’m like ‘oh, right… oops.’ But also small things, like grabbing lunch or a snack while I’m out for a long day. Even a handful of $3 granola bars a few times a week adds up to a good chunk of money gone, and I’m always trying to remind myself that there are perfectly good snacks at home that I bought in bulk for cheap that I can pack with me to eat during the day. I’m always surprised at how much extra food I swipe my card for each month, especially since I also regularly grocery shop and cook.” — Catherine

8. “This is super specific, but when I’m grocery shopping, I always buy things I already have because I’m too lazy/dumb to make a list of what I need like every other functioning adult human. Particularly, I buy frozen vegetables and condiments I already have. It is fine with condiments usually, because they have a long shelf life and it isn’t a big deal if I have four extra bottles of barbecue sauce or mayonnaise in my pantry (although it is pretty extra). But if I have a giant bag of frozen peas that I’m working through and I come home with another, theres a solid chance I’m going to have some sort of freezer burn situation before I successfully consume both bags. Frozen peas are like $2 so it isn’t a big deal, but I do notice that I do this a lot. I have doubles and triples of almost everything in my freezer. Why.” — Alex

9. “I’ve never had an apartment with central air or anything like that before, and I just moved to one and keep forgetting the air conditioning is on. I open the windows all the time out of habit because thats what I did in my old place. So I think I let a ton of money in a/c leak out of my windows this summer so far. My bill was INSANE for June, and I’m not sure if that was just because I’m not used to paying for that in general, or because I messed up and kept letting cool air out so it had to work overtime to keep my place cool. It was like over $200 and my apartment is not big.” — Mike

10. “I think napkins, tissues, paper towels, toilet paper — all wasteful paper-things that I always took for granted and used a fuck-ton of when I lived with my parents because my mom was magic and would just always have more if I finished a roll or box. I think I wipe so many messes up with paper towels instead of using a reusable/washable rag, take way too many tissues to blow my nose when I could get the job done with just one, and do that thing where I kind of slap the toilet paper roll and rip off however much falls off regardless of if it is way more than I need. I feel like I’m constantly running to the store to replace these items, but man, I should not be moving through them this fast.” — Max