10 Things Americans Waste Money On That I Can’t Understand 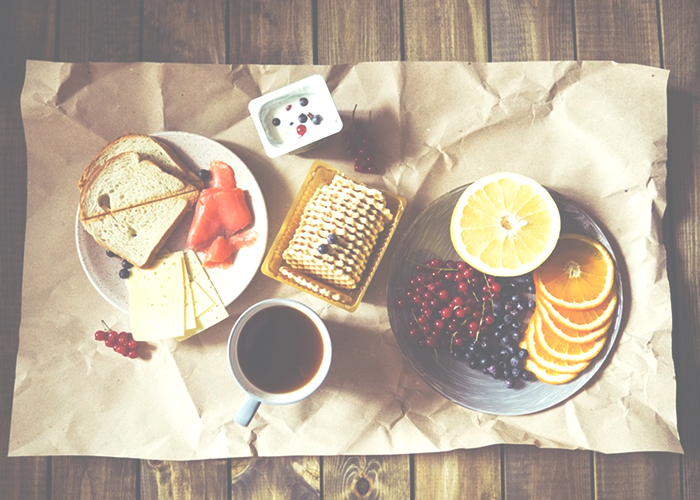 I was born in Modena, Italy to an Italian father and a British mother. I lived in Italy for four years, England for 10 years, Spain for three years, Italy again for three years, and have been in Germany for the last five years. (I will do the math for you, I’m 25, going to be 26 very soon thankyouverymuch.) I’m probably someone who most people would consider “European” in the best and worst senses of the word. It’s true that I am a die-hard lover of Europe and everything it offers: even England wasn’t for me. But that elitism itself is part of the problem, I know. When people mock Europeans for being pretentious, snobby, and judgmental, especially when it comes to those Americans, I could also be found guilty. I do often think that I am a little too harsh on the Yanks, especially since I have only spent a few months there at a time at most, but I also think some of my criticisms are valid.

Because, you see, most of what makes me such a Eurolitist has nothing to do with how we dress or how thin we are or how much we can afford. It’s all about lifestyle, and lifestyle choices, and the simple pleasures that define so many European lives, which seem to escape many Americans. And I have spent time in both suburban “middle” America, and big cities (namely New York and Washington, DC). So I have seen that while some spending vices are definitely more pronounced the less urban the area, there are some American mentalities that lead to an overcomplicated, overly-expensive budget, that most Europeans are simply incapable of understanding.

Ask many Europeans, and the simple pleasures of good, fresh food, simple surroundings, long walks or bikes as exercise, and hosting friends at one another’s homes are staples of life. For many Americans, these things are rare, or considered luxuries. Let me explain, from the Euro perspective, the wasteful spending Americans commit that we simply cannot understand.

1. Takeout, takeout, takeout. I should probably say first and foremost that it’s not that takeout/delivery doesn’t exist in Europe. It definitely does, and I’ve gotten a hungover kebab delivered just like any other proud citizen. But there is a difference between treating restaurant delivery as a once-in-a-while treat and a staple of home eating. At that point, with the delivery charges, tips, and fees, why not just take a book and go sit at the actual restaurant? The food would be better and you’d be getting an “experience” along with it for your money. But I know the point is convenience, even if I don’t understand it.

2. Pre-packaged foods. On the same lines, there is a real oddity for me in the idea of buying pre-made foods to bring home and just heat up for dinner on a regular basis. Again, I can see the appeal of frozen pizzas for a casual party at your house when you’re a broke student, but regularly buying your food prepared? I’m not even judging this on a culinary level (well, okay, I kind of am), I’m judging it on a financial level. Having several meals a week be pre-packaged foods kind of defeats the purpose of eating at home. You could save dozens of dollars a week (if not more) if you made a few big meals from scratch and froze portions for yourself.

3. Fast fashion. Yes, Europeans do fast fashion, too. But we at least have a more prevalent cultural idea of “buying things to last.” It’s still considered the epitome of chic in places like France, Italy, etc, to have a few items that are of quality, versatile, and foundational. The simple-chic, if you will. If you don’t have a few of these items, it’s considered very strange, and having these understated quality pieces (not with labels thrown all over them) is highly aspiratonal. This idea doesn’t seem to exist as much in America, where it’s all about following the latest trends on Instagram.

4. Extreme air conditioning/heat. Americans cannot be hot or cold. Or, well, they can be, but only if it’s the opposite temperature of whatever is going on outside. In the summer, they want to be wrapping up in a sweater in their freezing offices. In the winter, they want to be broiling under their bedsheets. It’s all about controlling the air around you in a very unnatural way, and it’s represented every time an American comes to most European cities for the first time in the summer and won’t stop repeating “Oh my god, how do you LIVE without air conditioning?!?” Well, I’m hot sometimes, but I turn on fans and drink cold drinks and take the occasional cold shower. I don’t know, I just live with it, because that’s what humans do in the summer? Because keeping things constantly at insane temperatures costs the individual, and the planet, enormously?

5. Big homes. Yes, okay, the McMansion cliché. But having spent some time in the affluent suburban U.S., I can confirm that the cliché exists for a reason. Americans still, in many cases, aspire to have square footage, bigger kitchens, bigger bedrooms, California King Beds (that still sounds so funny to me). It’s all about big for the sake of big: three different types of coffee machines, refrigerators bursting with individually-bottled water, big pantries stocked with endless amounts of grab-and-go food. Poor building materials to make the biggest house for cheap, settled on a minuscule plot of land. It’s so hard for most Euros to wrap their minds around — who would want that? Why? For whom? It’s all a mystery to us.

6. Bulk grocery. The first time I went to a Costco I nearly fell on my face. Yes, I get some of the appeal, and there are certain things, like toiletries and cleaning products, that I might buy in bulk. But to see so many people buy such ludicrous quantities of (mostly pre-packaged) food blew my mind. I can see how bulk can be used to offset cost, but from what I’ve seen in the States, it most often seems to be used to justify having way more than anyone would need, therefore erasing the cost benefit.

7. Constantly-new electronics. One thing that you’ll see a lot of in a lot of European cities, that Americans will almost always find totally shocking, is people using older electronics. Yes, even “wealthy” people. We don’t run out to replace our phones, laptops, tablets, whatever, the second the new model is out, if the old one works just fine. And yet, in America, regardless of how much disposable income one might have, not having the latest whatever-thing Apple put out is just not an option. But us having an old Android doesn’t mean we’re “poor,” it means we don’t have a culture of “use it until you’re bored.” We have a culture of “use it as long as it works.”

8. Cars, cars, cars. Americans love to drive. And that makes me sad, because public transportation is one of the best things ever: you don’t have to watch the road, you can talk with your friends, you get to walk more to and from your stops (free exercise!), and you don’t have all the costs associated with driving. (Plus, you can do it drunk!) But Americans have very little infrastructure for public transport in many parts of the country, and for some reason, it’s not a rallying cry. It seems like many Americans don’t want to drive every single place. And that, I can’t understand.

9. Gym memberships. It’s rare in a lot of Europe to know people with gym memberships. Most of our exercise comes from basic things like walking places, biking, having outdoor activities on weekends, and doing all of our errands by hand. (Market groceries are heavy!) Spending tons of money on a place to drive to and then sit on a stationery bike is simply considered a luxury, and often a ridiculous one at that.

10. Restaurants and pubs for everything. Americans are always meeting up somewhere, instead of having people over, or going over to people’s houses. In all the time I’ve been in America, and all the people I’ve known, I’ve never once been to a proper dinner party with people my age. Why is that? Dinner parties are the best, and the most cost-effective if you get everyone to bring something. The culture of entertaining in the home seems to be disappearing in the States, a long with a lot of other simple life pleasures, and that’s sad.

Gia is an Italian-British student currently living in Germany, but dreaming of Spain. She has two cats, Martin and Luther, who hate each other.