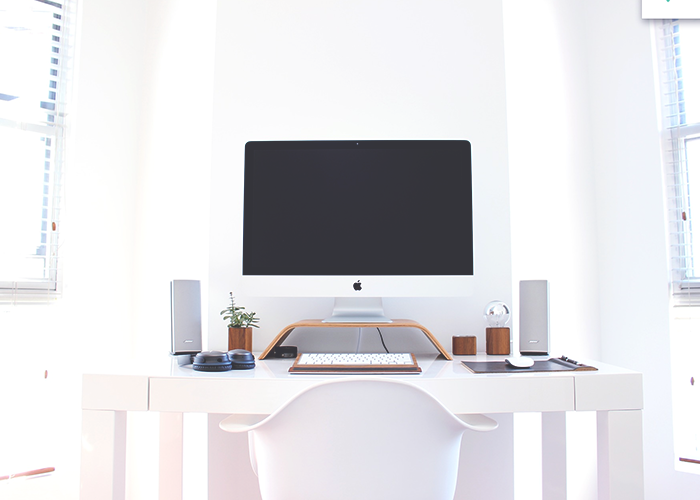 is something I’m looking forward to, the most daunting part of the whole situation is that I’m going to be required to continue paying back my student loans. When I took time off from school, my federal loans went into repayment after the first few months, and I began to pay back the low monthly payment of around $120. After I registered for a full-time class schedule again, I got a notice telling me I no longer had to make payments until I stopped going to school again. However, I kept at it for a while since things were going well for me financially, and I had that money to spare. However, for the past year or so, it has been really nice to know that I could pretty much start or stop making that payment at my leisure depending on my financial state that particular month.

Starting soon after my graduation in early May, I’ll be required to pay it back, and actually penalized if I don’t, which is sort of terrifying. I’ve had the luxury of having a gentle introduction to loan repayment, but I’ve watched my boyfriend struggle with his loans (which, at around $1,500/month, are objectively way scarier than my own) enough to know that it is scary to have the government breathing down your neck and demanding the payments when you’ve only just left school and have literally no idea where your life is going.

To see how I compare to others in my situation, I decided to ask around to find out exactly what other young post-grads are paying monthly for their student loans. (Some of them made me feel extremely grateful that I don’t have more loans to pay back.) Here’s what everyone had to say.

1. “Yikes. It is equal to my rent payment, and more than anything else I spend on in any given month. My loan payment is just about $400, and that’s all federal loans.” – Becca

2. “I pay under $200 a month for my loans, so it isn’t that bad at all. I did commute to a public college and pay as much as possible out-of-pocket, so it isn’t a terrible situation. In total I left college with about $9,000 in loans, which is so good compared to what I know most people leave with.” – Josh

3. “My student loans were over $2,000/month before I refinanced. With manageable but aggressive repayment terms they were reduced to roughly $1,500/month — which is about 50% of my monthly net pay.” – Andrew

4. “I am one of the lucky few who has some parental help repaying my loans. I took out loans for school entirely, and it was a private catholic university. I ended with about $70,000 in loans, and my payment is nearly $800, but my parents pay for a lot of it and I pay $200. They couldn’t pay for school at the time I was going, but they really wanted to pay for my education, so now they are helping me pay back the loans I took out since they are both doing really well financially now.” – Joe

5. “I’m still a student, but I’m only part-time, so my loans have gone into repayment already. Full-time is 12 credits, but anything less than that is considered part-time. I take nine credits, so even though it is a pretty packed schedule, I still have to work a ton since my loans have to be paid back now. My payment is $330/month, so not too bad, but I pay the same for rent so it kind of sucks because I feel like I’d live a much better lifestyle without that payment.” – Ashlee

6. “My original payment was somewhere around $300 but I refinanced and went through a lot to get it down to $95/month, although I’ll be paying it back probably until I’m nearly dead. I don’t worry that much about it, even though I know I’ll be paying so much more with interest in the long run, it is more important to me to enjoy a better quality of life right now because I don’t make a lot every month. But I do want to be able to somewhat enjoy life after all of my bills are paid.” – Emily

7. “I can’t say out loud how much I spend per month on loan payments because it makes me crazy. I know it is my fault but I could probably have bought a house by now if I didn’t have student loans. Also, my loans were mostly private, and they’re hard to refinance. It is almost a thousand, not quite, but close. I could have put away like ten grand last year if I didn’t have loans.” – Jenn

8. “I’m a rare case, I paid out of pocket for everything. I went on payment plans that broke it down, so I didn’t need loans and I worked my way through. But my brother took maybe $30,000 and I know he spends about $400 a month.” – Morgan

9. “My monthly payment itself is just over $200, but I pay double or triple that depending on what other expenses I have that month. I want to get it paid off as fast as possible and you know, accumulate less interest and all of that. So I try to pay way over. So I only owe a certain amount every month, but I pay much more per month. When I can, at least.” – Jasmin

10. “I paid half of my tuition and took the rest out in loans just because it was the best way for me to at the time. Now it sucks, because I’m actually graduating this semester in two weeks, and I basically paid my last tuition bill maybe four weeks ago, and I’ll soon get right into paying loans. There are a few months break for a grace period I think, but I actually might just get started on it right away, since obviously I’ve been working enough to pay for the half of the tuition I’ve already paid for. So even if I don’t get full-time work right away, I can still start chipping at the loan. I don’t think it will be very much, but I don’t exactly know. I’m guessing somewhere around $100 based on the online student loan calculators I’ve used.” – Michelle

11. “I’m lucky to have gotten a job that is going to pay my loans for me in a few years, provided that I stay with the company obviously. Which I’m planning on doing — obviously. My loans near $750 a month, which is really difficult to manage if I want nice things in life, but it is a lot more manageable to pay it knowing that in two years it won’t be my problem anymore.” – Kaitlyn