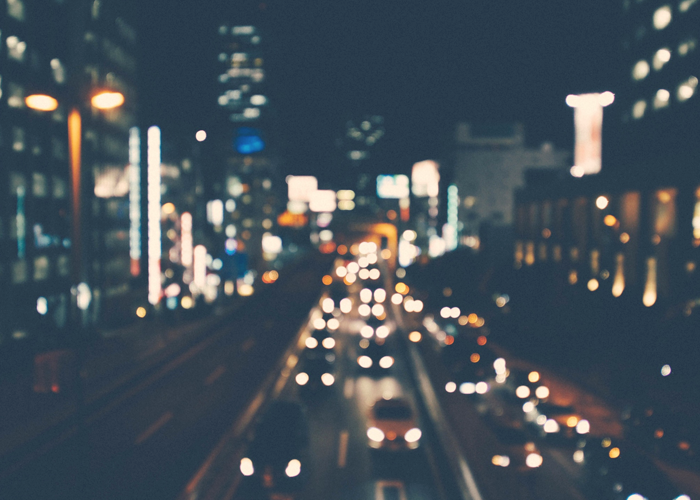 Living in a big city, as we all know, is a financial commitment. You can be an excellent saver, diligent about paying down your credit card, but at the end of the day there’s not much you can do about the obscene cost of living in your city. Or about the fact that you can end up paying $1,500+ for a one bedroom that could easily be passed off as two generous walk-in closets stuck together with a dreaded galley kitchen. You can limit the amount you drink or go out to eat, but even when you splurge, it becomes extravagant very quickly because going out in a big city is insanely pricey.

I lived in a city for some of my childhood (in Cambridge, MA, which has recently skyrocketed in price because every Boston 20 or 30-something has decided it’s the next Williamsburg, and moved there). I now live in LA, and while the rent really is better than both Boston and NYC, I’ve run into several hidden costs that drove up my cost of living more than I would’ve expected.

So, I asked 12 people in their 20s living across America (and in Canada!) what an unexpected cost of living in their city is. Here’s what they had to say:

1. “Moving to Boston, I had every intention of using public transportation to get everywhere I was going. But I have ended up spending so much money on Ubers or Lyfts because of places that are super difficult or even impossible to get to on the MBTA lines (the B on the green line is the devil). Even splitting the rides, it definitely takes a toll on your wallet. Also, housing is already incredibly expensive and a lot of people don’t expect that on top of rent, you typically get stuck with a broker fee, which drives the cost of living up even more.”
— Sarah, Brighton, MA

2. “DC has one of the most frustrating metro systems in the world — it’s always late/delayed, it stops really early, and trains just randomly stop running all the time. It’s beautiful and clean, but it’s just not convenient at all. Never underestimate the amount you’ll spend on frustrated, last-minute Ubers and cabs in DC.”
— Kelsey, Washington D.C.

3. “I moved from New York to LA and at first, I was excited because my rent went down by at least $300 (for a far better place). And I was paying a lot less in utilities because we didn’t have to heat the apartment. But then I had to buy a car. Between my car payments, car insurance, gas, and maintenance, I’m definitely paying more overall than I did when I lived in Brooklyn. I don’t have to pay extra for a parking spot at my apartment, but I know that can often cost people an extra $80/month or so.”
— Eric, Los Angeles

4. “I didn’t ever need to invest in a real winter coat until I moved to Minneapolis, but when there are blizzards in April, it’s really worth it to splurge on a down jacket. Yes, cost of living in Minneapolis is good, but I didn’t factor in all the money I’d have to spend on basic winter necessities. Boots can get expensive too (a pair of Red Wings was the best gift I’ve ever gotten). Some people (though not me) also invest heavily in winter biking gear, which means helmets with goggles and face/neck guards, special tires, etc. There’s a cost that comes with embracing that culture, and the Minnesota winters.”
— Anthony, Minneapolis, MN

5. “Something I notice living in Chicago is that tourist attractions can get really expensive. When parents or friends come to visit, I’m very aware of how expensive it is to do many of the Chicago-centric things. Getting into the Willis Tower, for example, is $20, though you can go to Hancock Tower for free. To go to The Art Institute (a museum) is $20 too, compared to the fact that when you visit NYC, you can find free museums. In Manhattan, you can just walk around and see everything, but in Chicago you’d take boat tours (or something) to see the architecture and it gets pricey.”
— Diana, Chicago

6. “After living in San Diego for 7 years, I moved back to the east coast and the biggest shock for me was paying for fresh fruit and vegetables. Having great produce for a good price was a given in San Diego and it was painful to come back to Boston and have to pay crazy prices for fruit and veggies that were much lower quality. I almost passed out once when I got up to the checkout counter and realized the cashier was charging me $14 for a bag of cherries.”
— Cathy, Boston

7. “I live in Seattle and something that drives me crazy is the sales tax. It’s almost 10%. For the most part, the state of Washington actually has good tax benefits, because there’s no state income tax. But it’s still so frustrating to see the bill get so high when you’re buying almost anything just because there’s a 10% tax tacked on.”
— Jake, Seattle, WA

8. “I knew that living in NYC would be painfully expensive, from rent to brokers fees, to even groceries. However, what really got me was the increase in rent every time you have to resign your lease. Granted a lot of landlords are so under the table and some people have privately owned apartments and aren’t effected by rent increase, but if you live under a management company, your rent can increase by as much as 5% each year.
— Molly, New York City

9. “Well, Burlington is a college town, so I wasn’t expecting it to be hugely expensive. Compared to my own college town, however, I’d say that going out is actually quite a bit more expensive. I’m spending at least $5-$10 more for drinks or a decent meal. It’s largely because Vermont has more ‘Meals and Rooms’ taxes.”
— Alex, Burlington, VT

10. “It’s hard because in D.C. I really just expect for everything to be expensive, and it is. But something that I would’ve never thought would be pricey (in an out of the ordinary way) is beauty prices. Like, it’s always at least $50 for a decent mani/pedi. And there aren’t a lot of reasonably priced salons, so it always costs me over $100 for a good hair cut.”
— Kaeli, Bethesda, MD

11. “Québec has a provincial income tax AND a federal income tax, so when you’re a resident, the taxes can be extremely high. My family is from here, so when I moved back after my time abroad, it didn’t seem crazy to me. But some of my friends, particularly those who have moved from the U.S. to Montreal, find our tax to be much higher than they’re used to.”
— Emily, Montreal, CA

12. “You’d think that when you live in Denver, the thing to do is go to the mountains every weekend. In theory, that’s true. But you realize how expensive that can get. Whenever you go on a weekend trip you’re paying for gas (to get up there), lodging, not to mention gear and passes for the activities, which is usually the purpose of the trip. The idea of a ‘fun weekend in the mountains’ is great, but for such a typical Denver past-time, it adds up quickly.”
— Alexandra, Denver, CO