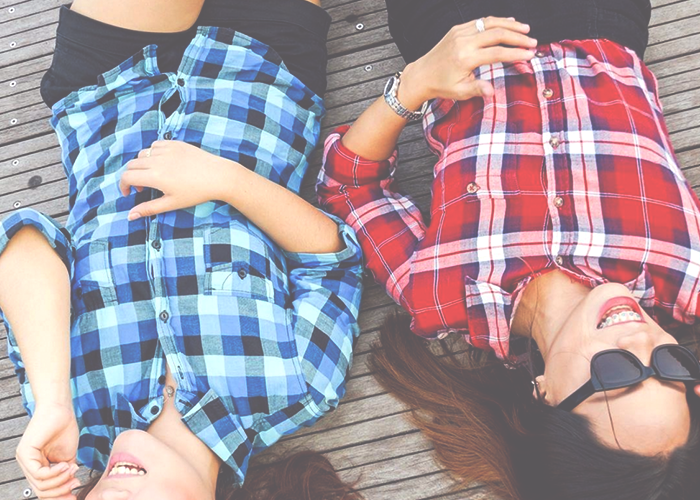 What really makes a financial mistake gut-wrenching is when you know it was avoidable. You know you could have made a conscious choice that would have guaranteed that you didn’t have to pay all that damn money. Of course, hindsight is 20/20 and in the moment, it isn’t as easy to realize that something could cost a lot of money later on. I’ve moved a lot in the last few years, and every time, I have some sort of furniture casualty that ends up costing me money, and it could almost always have been avoided had I done a better job of packing, and wrapping things in newspaper. Luckily, this hasn’t cost me too much, but it’s a perfect example of rushing through a task when I could have saved money by taking the extra five minutes to do the task properly. Going off this, I asked 12 others to tell me about a stupid mistake that cost them a lot of money (that they could have totally avoided), and here’s what they had to say:

1. “Last year, I thought I canceled my gym membership when I moved to NYC, but it turned out that I failed to make the crucial follow-up call required to actually authorize my account to be closed for good. Five months went by where I was completely unaware that I was getting charged $30 per month, and failing to pay it. Fast-forward to two months ago, and a debt collection agency contacted me to try to get the payment out of me. I was mortified, and I explained that I didn’t know how in the world it had happened and that I was terribly sorry. I called the gym to sort out the confusion, but they told me it was completely my fault. I had to pay $150 for the overdue membership fees PLUS an $80 charge for being late with the payments. It was the dumbest and most avoidable mistake I’ve made in a long time, and forking over that $230 reeeeeeeally stung.” — Emily

2. “I was once charged double overdraft fees because I didn’t transfer money over quickly enough. A big check was taken out of my account, so I overdrafted. I got a notification on my phone about it, but I didn’t attend to it immediately, so when another charge was taken out of my account, I overdrafted again, bringing my overdraft total for the day to $70. The worst part? I never even called the bank to ask them if they might consider refunding one of my overdraft fees.” — Jessica

3. “Well, this is insanely embarrassing, but last week, I venmo-ed the wrong person $140. And I don’t know how to get the money back. It’s just sitting in venmoland, and I really need to make the time to figure out how to get that $140 back into my account, but I haven’t yet.” — Derek

4. “Four years ago, I got a DUI. I don’t have to explain why that was avoidable. The lawyers’ fees alone cost my family and me about $9,000, and then I had additional court fees. On top of that, my insurance rates went through the roof. I also couldn’t commute to work without my license (which I lost), so I incurred further expenses by not being able to get to my job. Things have really turned around since then, and everything is paid off (including the money I had to borrow from my parents), but it is definitely the stupidest mistake I’ve ever made.” — Luke

5. “About two years ago, I spilled wine (yes, really) on my laptop, and it fried the motherboard on my computer. That was a $1,200 mistake. I don’t allow beverages anywhere near my computer anymore.” — Erin

6. “I was a business owner, and I didn’t pay my withholding tax on time, so I incurred very sizable penalties. Small businesses often don’t realize how important it is to pay their withholding tax on time. As I understand it (and I’m not an expert), if you have employees (not contractors, but employees), you have to pay withholding tax as an employer, and it absolutely must be filed on time, which my accountant explained to me after I had already incurred the penalties. I needed to be much more educated on the finance end of owning a business, because I had to pay out a lot, and it was very avoidable.” — Jake

7. “Last year, I found out that I had missed a fairly big vet bill (almost $2,000). Had I not somehow seriously miscalculated, and planned to pay it on time, I would have paid it off on a payment plan that I’d organize through my vet’s office. However, because I was a year late on paying it, the vet’s office really pushed hard on me to pay them the money up-front. I ended up paying in two installments, and it was really tight. Had I not failed to do my mail forwarding properly when I moved, I would’ve gotten the bill when I was supposed to receive it, and this wouldn’t have happened!” — Dana

8. “I did one of the free trials for the meal delivery services. I got a week of free meals. The catch, of course, is that you have to ‘cancel’ the subscription immediately, otherwise it signs you up for the next week of meals. I was just having an insane week, so it didn’t even occur to me to cancel it. The next week, my meals arrived, and I cursed myself for forgetting to cancel it. I signed on to cancel my plan, and already I had been signed up for the next week and couldn’t get out of it. I ended up paying $120 for those ‘free meals,’ but I at least made sure the food didn’t go to waste.” — Jon

9. “I’m in college, and apparently, I didn’t follow the move out procedure in my dorm properly, so the Bursar’s office charged me $500. I’m still trying to figure out if there’s a way to get out of this fee, or if it’s something I can split with my roommates, or if it’s a fee we all individually got charged. But either way, I’m an idiot for not reading the move out instructions properly.” — Meg

10. “I just had to pay an exorbitant amount of money to get myself a new phone because (yup, you guessed it), I dropped it in water. And it stopped working completely. Lifeproof cases aren’t too expensive on Amazon (I think about $50), and that is really something I should’ve splurged on up-front so I didn’t end up buying a new phone as a surprise out-of-pocket expense.” — Hayley

11. “I bought a used car, and I didn’t get it properly checked out first. As it turned out, both headlights were very close to being completely extinguished, and it was a specific kind of LED headlight that cost about $150 to replace. I had to replace both headlights within the first three months of owning the car, which cost me about $300, plus labor. It was my fault for not bringing the car to my own mechanic to take a look at before purchasing the vehicle.” — Fred

12. “The most avoidable, stupid mistake I’ve ever made? Well, last year, I parked in front of someone’s driveway overnight. I honestly didn’t realize it was a driveway, I thought it was fair game. I didn’t realize my car had been towed until, like, 16 hours later. It cost $250 to rescue my impounded car after it got towed, and I got a $150 ticket. So overall, a $400 mistake. That’s just half my rent, NBD. It was so stupid.” — Rachel