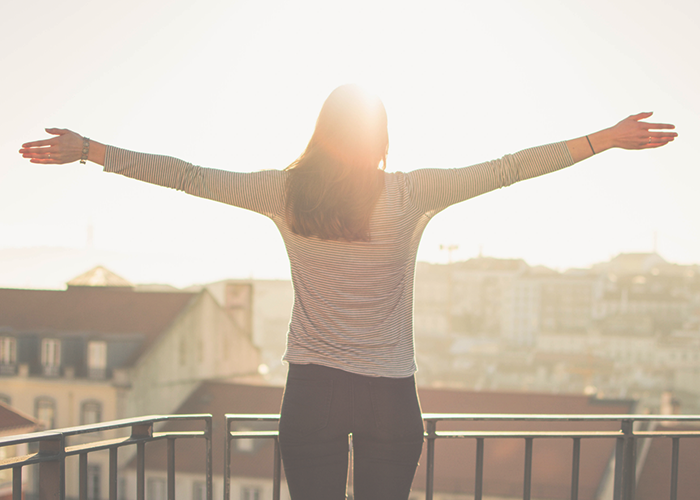 Whether rational or irrational, money fears are hard to come to terms with. For me, even after I’ve done my research and feel like I have a complete understanding of a financial concept, I still worry. I’ll check my credit card statement and schedule out my payment, and then worry that the transaction won’t go through and that I’ll end up paying late. While admittedly, this falls more in the ‘neurotic’ category and doesn’t really fit in the ‘legitimate money concerns’ corner, it’s a money fear I struggle with. I also often have anxiety over future money goals. I’m a good saver, but I still have no earthly idea when I’ll be able to buy a house, and that scares me. It took me quite a while to realize that actually discussing these money fears was preferable to keeping them bottled up and never mentioning them. So to start the conversation, I asked 12 TFD readers what their biggest money fears were (and how they overcame them). Here’s what they had to say:

1. “I’ve always had an irrational fear that when doing my taxes, I would get audited and the IRS would come find me. I literally have no reason to worry about this; there’s nothing suspicious on my taxes at all. But I’ve always used one of those online tax services, and there’s always confusion when I have to insert my 1099s and miscellaneous forms from any theater directing gigs that I’ve had throughout the year. There’s never the right boxes to check, and the program always ends up thinking I own my own business, or something of that nature. One year, I ended up getting so frustrated that I checked ‘yes, I own a farm’ and then had anxiety attacks for days waiting for the IRS to come sniff out the lie. I think I’ve just managed to get over it by doing my taxes myself for so many years. I contemplated going to an accountant and taking myself out of the equation completely, but by doing my taxes and facing my anxiety head-on, I’ve managed to reduce it.” — Elizabeth

2. “My biggest money fear is not having enough in savings to live off if I ever find myself jobless. The best way I manage my fear is by being really frugal and placing every little extra bit I can in savings, even if it’s $10. I also manage my fear by working really hard so there’s no reason to lose my job!” — Terra

3. “My fear was that I wouldn’t have enough money for an emergency. I’ve overcome it by disciplining myself and saving at least $100 a week. This money is automatically taken out of my account every week, and I do NOT touch it under any circumstance.” — Kayla

4. “When I first got a job that offered a 401k, I was terrified. I knew it was something that was necessary, and an incredible opportunity, but I was nervous to get the ball rolling. I thought that putting any part of my paycheck into an account was going to make a noticeable dent in my spending, and I would have to cut something out of my budget. I put 5% in, and my employer matches it, which essentially means they’re giving me money. Because I never see that money, it’s not as daunting as I thought to ‘give it up,’ and I downloaded an app that lets me see exactly how much is in my retirement account.” — Samantha

5. “I’m no longer afraid to pick up the phone and call up my financial advisor when I have a question. He works for Charles Schwab so his advice is free and unbiased, plus he is super friendly. I only got over this fear recently when I left a job and had to transfer my 401k at a different institution into an account at Schwab. He walked me through all the steps and even set up the phone call between us and the other financial institution. Before I called him, it felt like a really complicated task, but he made it easy and stress-free for me, which I appreciate.” — Jenn

6. “I used to fear that a budget would feel too constricting, and I would end up failing to keep a budget because it made me feel boxed in. But that’s the beautiful thing about a budget: you get to set your own terms based on your own goals. Last year, I decided to stick to a budget for three pay periods to see if I could really do it and what the results would be. I found that because I had a plan, it wasn’t as difficult as I feared, and I could still purchase my shortlist of frivolous things (like my monthly eyebrow wax at a local spa). I was also able to find an extra $500 in my budget to put into savings, because I was assigning it to a specific destination. When I saw it worked for six weeks, my fear went away and I actually felt empowered.” — Katie

7. “When I first started working, I didn’t know much about 401ks, IRAs, and the like. I knew they contained stocks and/or mutual funds, and that is where I got scared and wanted to hand the reins over to someone else. I remembered playing the stock market game in middle school and being pretty bad at it (aka, I lost a lot of fake money when I was 11 or 12). So I thought that my husband needed to just tell me where to put my money, because if I made the decisions, I would just lose all my retirement savings like I lost that fake money in middle school. I overcame this by reading more books and doing more research on stocks, the stock market, and other general financial literacy material, so that I could understand what was going on better. I know I’ll still probably pick some loser stocks from time to time, but I now have a solid strategy (that my husband and I worked on together).” — Melonie

8. “Having my credit card/debit card number stolen. Maybe I’m really unlucky, and maybe this is just a part of life now, but it’s happened to me several times. The first time, I felt really helpless, which made it so much more scary somehow. I haven’t found a perfect way to prevent it from ever happening, but I have found ways to be more proactive and make it less scary. I’m more mindful of where I use my debit card versus credit card, since it can be riskier at some places (e.g. at gas stations); I used to store waaaaaaaaaay too much money in checking, and now I move money to various subsavings accounts immediately after getting paid. I also monitor my account for fraudulent spending (I used to be terrible about checking in on my balance, which was part of why I felt like I needed such a high cushion at ready access in the first place). I keep some cash around in the event that I do need to cancel a card and navigate a few days without it.” — Jennifer

9. “I think my biggest money-related fear used to be not being able to pay off my student loans (and not really understanding them either). I overcame that fear by deciding to live with my parents for a few years while I do the debt snowball on my loans. They will be paid off in full by 2018!” — Jen

10. “My biggest money fear is, plain and simple, that I won’t have enough of it. I look at my salary now and all I can think is, how would I ever buy a house on this? How would I ever be able to support a family? The only thing I can think to do to combat this is to be proactive about talking to my boss about raises when I deserve it. I want to make myself the best employee possible so I can qualify for a raise, and if that means making sure I have marketable skills, and then changing companies to get a better-paying job, then so be it.” — Mary

11. “I used to be really worried that I would end up in a bad financial situation, because my boyfriend pays more in rent than I do. I finally talked to him about it, and he was shocked that I’d never said anything. We are actually moving to a smaller place where I can split the rent with him evenly, and we purchase new things when I can afford to pay for half of whatever we’re buying. This has helped strengthen our relationship, and makes me feel so much less anxious.” — Jamie

12. “I am so scared of credit card debt to the point that I cut off my spending and cancel my plans last minute, because I freak out about spending too much money. I’m scared of spending, and while it’s good that I’m frugal, I know I’m being too hard on myself. I’ve found that having a robust emergency fund and savings account has made me feel SO much better, because I don’t have that ‘oh shit, I have no money’ feeling anymore. I also make sure to check my credit card and checking account balance more often, and somehow monitoring it regularly eases my concern.” — Kelsey