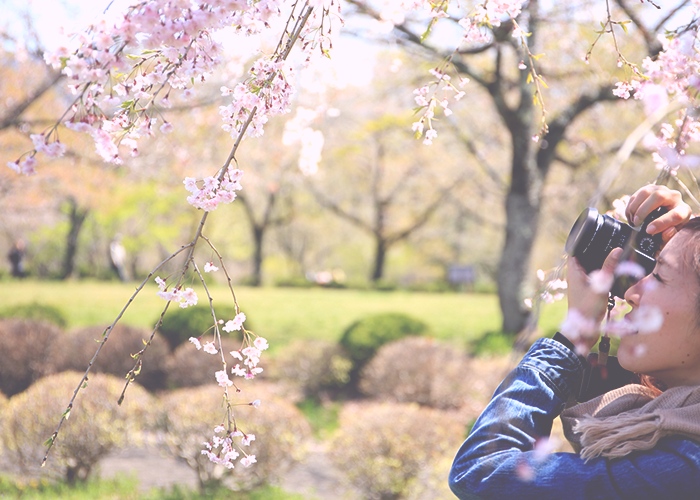 I often find that my biggest money vice is that if I’m particularly stressed about a money issue, it’s the one I won’t acknowledge right away. In fact, that’s an easy way to pinpoint what I’m worried about in my financial life. Typically, if I have a spending concern, it’s an issue I’ve already realized and am actively working on. It’s the issues I don’t take the time to investigate that end up worrying me. For example, recently I’ve had some stress around the fact that most of my freelance checks are showing up in LA while I’m in NYC. A few weeks ago, I went a full week without looking at my credit card balance (very uncharacteristic for me), because I was stressed about paying it. (I was able to, but it was slightly more challenging than it otherwise would have been.) It made me realize that one of my money vices is trying to push the problem out of my head. In keeping with this theme of ~money vice realizations~, I asked 13 other people what their vices were, and here’s what they had to say:

1. “Spending money at the bar. It’s hands down my biggest vice. My solution? Set a spending limit at the beginning of the night and then tell all of my friends so they actually feel compelled to hold me to it, instead of pressuring me to buy another round with them.” — Sheila, 22

2. “I spend WAY too much money on Ubers and Lyfts. It’s just too easy in a big city to come to depend on them. If it’s too late and I’m alone, I don’t want to risk getting home alone, but it means I take Ubers more often than not. I’ve tried to employ the buddy system while going out, so I’m more inclined to take the subway home, because I have someone with me.” — Meagan, 26

3. “My money vice is definitely experiential spending. Everyone says it’s the thing you’re supposed to spend on, but it goes too far for me sometimes. But I always rationalize it, because I think of it as the ‘good kind of spending.’ What I’m trying to do is stick to a ‘fun times’ budget every month, so I’m still satisfying my experience craving, without going too far.” — Jana, 28

4. “I make plans for big things that cost a decent amount of money without planning for them financially. Last summer, I took a class, but I hadn’t fully planned for tuition or the fact that I would barely be working during the class. I was out late, taking cabs, not working as much, and buying supplies, all of which were really costly. And then I took a road trip I hadn’t budgeted for. I had the money in my bank account to cover most of the expenses, but it definitely set me back.” — Joseph, 25

5. “Something I struggle with is not following through on things that can save or earn me money. For example, I didn’t set up my 401k until three years into my working life. My company offered a 401k with full matching, and I just didn’t take advantage of it. Going through the paperwork, and signing up online felt scary and like too much to handle, so I just didn’t handle it, and instead, ignored it completely. It’s still a huge mental block for me, but something I’ve been trying to do to get better is handle unfavorable tasks right away so I can’t put them off.” — Jason, 29

6. “My money vice is that I get drunk and spend money. And yes, I realize that’s a fairly immature money vice, but it’s true. I try to go out for just a couple of drinks, but I can’t. I end up buying rounds for people, etc. I have cut back on going out lately, so that has helped, but I’m still working on finding a more permanent solution.” — Erica, 24

7. “I spent a lot of money on relationships, and it’s been my biggest money vice, and one of my biggest regrets. Whenever a guy and I were two months into a relationship, I would be spending money to travel to see him, and he wouldn’t be reciprocating. I would get sucked in, and then I would want to spend and invest in a relationship that I wasn’t even sure was going to work. I’ve spent thousands of dollars on my old relationships at this point, but now I’m in a relationship where it is serious and we spend equally on each other. It feels so much more right.” — Monica, 27

8. “My biggest money vice is travel. I have been diligent about saving, but all of my savings so far have gone to travel. I would say I probably saved $5k last year, and about $4k (if not more) was spent on traveling. It’s nice to know that I can be good at funneling money into my savings, but I can’t seem to keep the savings around, and that ends up being an issue.” — Laura, 25

9. “My money vice was not taking control of my finances. During my marriage, I relinquished control of my money 100%. My husband took care of the bills, and managed all of my money and all of my investments; I didn’t so much as touch the money I was bringing in. I now handle my own finances (completely independently — I’m no longer married), but it really made me realize what a dangerous position I put myself in. I don’t want other women to put themselves in that position. You need to learn about money, even if you think you have someone else to handle it.” — Pam, 39

10. “Money anxiety is a huge problem for me. I am definitely the friend who is annoying about money, because I get really worked up about it in the moment. Like, I hate splitting the check evenly among everyone when I ordered something much cheaper (which, typically, I do intentionally). I definitely have friends that it irritates. Ultimately, I’ve been trying to control it simply by declining the offer to go out more, which sucks, but at least it keeps my money anxiety at bay.” — Anthony, 28

11. “I can’t help but buy my daughter more than I need to, and it’s a money suck and a major vice in my life. My child is still really young (two years old), and being a protective parents has made me overspend like you wouldn’t believe. I splurge on organic groceries, buy new toys, and find her new outfits. I have never been a huge impulse buyer, but I became one when I became a parent, and I desperately need to tone it down. To try to start controlling it, I’ve told my friends and husband about the problem so they can help me monitor my spending.” — Dana, 34

12. “I am an online shopper, and it is the death of me. My biggest problem is that when I sign on to buy one thing, I end up browsing, and then buy four more things I didn’t originally plan to buy. My credit card information was saved on Amazon, Nordstrom, and a few other online portals, and it made it so easy to shop whenever I wanted, so I ended up racking up for (thankfully minor) credit card debt because of it. I now no longer have my account number saved, and I don’t subscribe to any flash sale emails. It still makes me nervous to buy just one thing online, so sometimes I’ll try to deliberately go into the store, which (surprisingly) is easier for me.” — Rose, 26

13. “This is probably everyone’s response, but good ol’ coffee was a money vice for me. I spent more than $50 a week on coffee, because I was making my iced coffee or latte runs more than once a day. I knew it was a problem when I finally took a look at how much I was paying out for coffee. Two of my coworkers and I chipped in for a Keurig at our small office, and that has really helped me cut back. It honestly hasn’t taken away the habit completely, but it’s cut it down more than a little bit.” — Victoria, 26