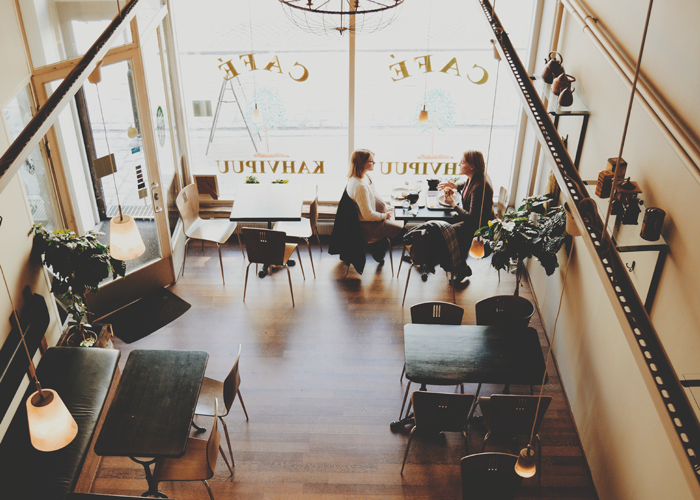 1. Tell people I can’t do something when I know I can’t follow through with it. I spent so much time agreeing to tasks or favors or little work things that I absolutely knew I didn’t have time for, but which felt like an important thing to agree to. I ended up breaking a lot of promises, and even getting a reputation as a no-show amongst certain people. The simple answer would have been to say “no” from the start.

2. Remember that the decisions I made at that moment were not as defining as I thought. Yes, you shouldn’t be reckless in your first year or so of work, but you also shouldn’t succumb to the pressure of “ohmygod if I don’t do everything exactly right, my career will be ruined.” “Careers,” as we think of them, often take many false starts before they really get going, but people become so focused on landing that 9-to-5 right out of the gate that they don’t consider if it’s really what they want, or if there is anything else they want to accomplish before starting work in earnest.

3. Be much more picky about my unpaid work. I took several projects from companies that were more than big enough to pay for what I was doing, and who didn’t have any reasonable justification for not paying me. I took it because I wanted that name on my resume, and because I still felt like I was in “internship mode” and didn’t deserve the money in some way, and I continued working even when I should have stopped because the prestige was addictive.

4. Be less angsty with my parents. It would be an exaggeration to say they were right about everything, because no one is, but they were right about a lot of things — and, most importantly, they were (are) some of the few people who have a totally pure interest in my success. They simply want the best for us at all times, and that’s an extremely rare thing.

5. Negotiate for payment. Whether a salary or the fee for an individual job, I spent my first year as a professional basically thinking that anyone who was giving me money automatically knew the right amount I deserved, and that negotiation would make me look desperate somehow. Obviously I know now that’s ridiculous, but starting myself on that foot probably put me behind the money-curve for at least a few years.

6. Save money on “professional” clothes. I basically spent that year buying a “grown-up” outfit every single time I had a professional event or activity, because I was convinced that unless I was wearing fancy, brand-new work looks, no one was going to take me seriously. I could have just gotten a few basics and rotated them, but I was caught up in the allure of the blazer.

7. Accept that not every friendship has to make the transition from “school you” to “work you.” It’s just not natural to need every person to carry over into a very new, possibly geographically disparate era of your life. But forcing those relationships feels like the right thing to do, because letting people you loved in high school/college/growing up go feels like a failure. And not all of them will fade, of course, but trying to maintain each of those friendships while bringing in all of your new ones from your adult life is just exhausting, and never lasts anyway.

8.  Say “no” to certain jobs, even though any job felt like a gift. When you’re just starting in the professional world, any job seems like a good one. But there is a desperation about taking every job, and it almost inevitably leads to a lower value for yourself and less flexibility in your day-to-day. I didn’t feel empowered to say “no” to even little projects that weren’t in my interest and barely paid, because I just felt too lucky to be getting work.

9.Put more thought into my first apartment. I was just so excited to have my own space, without roommates or parents or anything, that I didn’t really consider how I would use it. I just got the standard-issue 22-year-old IKEA furniture and arranged it a bit randomly. I wish I’d taken time to research more how to set up a studio so that I could have gotten more work done in there and felt better at home. (I also would have paid the extra 30 bucks per item to get basic wood instead of particle board, so my stuff could have lasted more than one place.)

10. Relax about “the race to have a job.” When everyone was graduating school and entering the workforce, it really felt like there was an unspoken rule that the last person to get a “real” job was a loser, and everyone was caught up in the appearance of having done something with their education and actually landed a job. This led to people feeling incredibly insecure about not having the “right” job right away, myself included, and blinded us to the fact that, because our careers hadn’t yet gotten off the ground, we actually had the time and freedom to do other things. It would have been a perfect year to embrace a lot of hobbies or even travel more, and I didn’t.

11. Take more chances on side projects. It was a year that a lot of opportunity to do fun and interesting projects with friends/colleagues/people on the internet came up, but I generally stayed away from that because I felt the need to always be “focused on my career.” It took me a few years to understand that embracing side projects that work on different skills and force you to create your own work from start to finish actually help you in your work, and can sometimes lead to awesome stuff. (Like TFD!)

12. Embrace the time I still had with my “school” friends. A lot of the people who were close as a teen or early-20-something ended up fading from my life, as is natural, both because we had totally different lives and because we lived nowhere near each other. And though I have no regrets about the direction my life has headed, I should have been more appreciative of those relationships while they were around me. I could have made the effort to take a few more trips, or really seek a few people out for one-on-one time, but I assumed they’d all be around forever.

13. Realize that “your identity” is totally fluid and doesn’t need to be defined by any one choice. Single, taken, working, traveling, student, professional — whatever. When you’re just starting out in the world, it feels like you have to find your “thing” and you take comfort in having a concrete answer when someone asks what you’re doing (in your personal and professional lives). It’s familiar to be able to say “I’m in grad school,” or “I work in advertising,” or “I’m seeing someone right now.” It staves off the uncomfortable questions and makes us feel like we have a place. But who we are is not a collage of terms that we can use to describe our choices, and there is nothing wrong with changing our minds about what we want, or moving away from what we thought was our identity. You are you, whether that’s in a 9-to-5 or a coffee shop, single or married. I wish I’d had the courage to accept that when I was entering the real world.