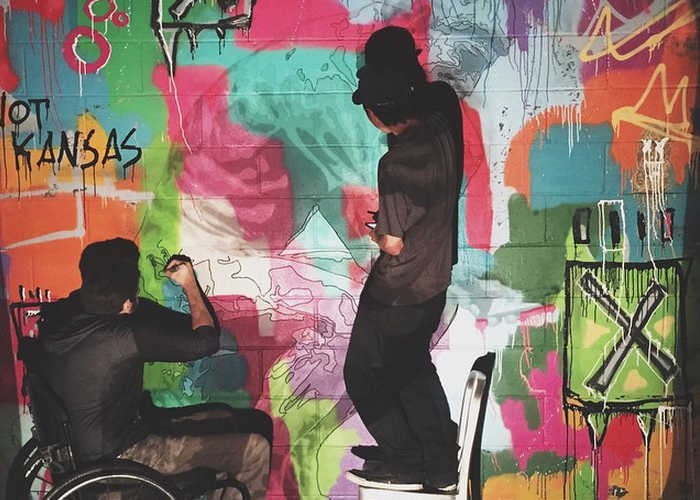 1. Go back to every moment when you thought you’d never get up. Every time you yelled at your computer and your computer stared straight back at you like a nun. Every spilled opportunity, stained day, tripped chance. You could’ve done a thousand times better a thousand times, but you didn’t, and you won’t, and everyone’s just trying as isthisokay? as they can.

2. Remind yourself what a slump actually is: A natural dip in morale and productivity after a period of (relative) success. As normal as Newton’s third law.

3. Send an email to the one person you’d trust to repair a spaceship’s centrifuge in a Mars One situation. The person whose Gchats are better than Xanax. The person who makes your blood krump down your veins. Do not end this email with “Best.”

4. Read that book no one asked you to read. It’s not on a single top ten list. It will not give you any talking points at parties. Nothing to flaunt on the subway. You are boring and it doesn’t matter.

5. Find the CD-R of your self-doubting inner monologue. It plays on loop in a lockbox in a closet in your head. It was recorded in the early aughts, when you were in eighth grade and starting to write your own insecurities. You can hear its prosody like a fetus hears everything its mother says, but consonantless. Find it, and — after listening to everything you’ve been listening and not-listening to for the past decade — pause that shit.

6. Run. Literally or whatever. Just don’t think. Imagine scooping out your frontal lobe and emptying it into a trash can. Roll your eyes back and go. You can think when you’re dead.

7. Open that project you started three years ago — the one you kept telling yourself you’d finish but you never did — and break it. Tear it apart, start over in the middle, trash all the good parts and only keep what’s embarrassingly bad. Try to do your worst.

8. Block that person you should’ve blocked a long time ago. Unfollow anyone who makes you feel polite. It. Doesn’t. Matter. None of it. Let their texts slide from your shoulders and onto the floor like light blue rain.

9. Take off your sunglasses.

11. Send a thank-you note to the high school teacher you always did your homework for. The one who worked nights to quietly change the course of your life, and you didn’t know it, and they didn’t know it. Be sentimental. If you’re still thinking of them now, ten years later, you’ve earned the right to all the cheese you want.

12. Think of what scared you before you were ten. The claws of dust mites, your parents’ divorce, live burial. You’d stare at the wall next to your bed, tracing all those fears on the bumpy plaster. They didn’t come true. Or maybe they did, but you’re still breathing.

13. You are so much. There are bacteria with pill-like bodies in your stomach and they have existed since the beginning of the universe. You are more than you know, than anyone knows, than doctors and lawyers and scientists know, and this is not overwhelming, this is hopeful and good and magical, and you are a lot. Remember this.

Harris Sockel writes at Human Parts on Medium, and he is on Twitter.