14 People On The Things They Learned From Growing Up Poor 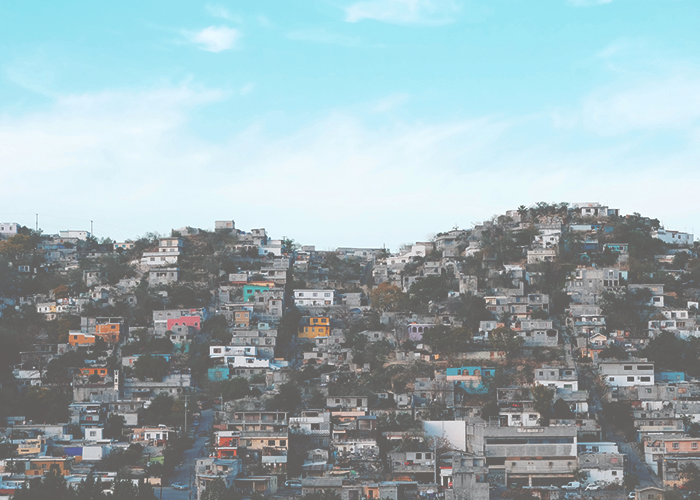 I don’t like to say I “grew up poor,” because I know that these definitions are relative, and the place I fell on the spectrum is nothing compared to what so many people live with, and for much longer than I ever had to. I say, sometimes, that I experienced financial insecurity when I was younger — money was very tight, we needed help, etc, all until I was around 10-12 years old — but as someone who never worried about where my next meal was coming from or how we would cover basic things like transportation and shelter, I know that I wasn’t truly “poor” in the way so many Americans are.

But even with my limited (and relatively privileged) experience with financial insecurity, I can say that it changed my life forever, in a profound way. It has impacted my politics, my ethical and moral systems, and my beliefs about what a community should be, and what I owe to that community. I lived from the ages of about 11 to 21 in a very wealthy, WASP-y town, and was around many, many people who never once in their lives felt the pinch of precarity around money. This informs their politics, certainly — it’s hard to imagine why someone would need a “handout” when life has always been so fair and egalitarian for them — but more personally, it informs how they view money itself. When money is not a source of stress, but rather a safety net that surrounds and cushions your decisions (I like to think of it as bumpers up during a game of bowling), there is a certain level of risk and experimentation involved with your life. Mistakes are made more freely, because their consequences are less impactful. And it’s harder to empathize with someone who might live much more within the lines, because they are rightfully afraid of what would happen if they went outside them.

“Follow your dreams” rings pretty hollow to someone putting themselves through college and helping pay for their parents to have a place to live at the same time.

In any case, though, I don’t begrudge the people who have grown up with an unerringly positive relationship to money. Birth is a lottery, and they happened to be born somewhere more comfortable, and that isn’t their fault. But I have wished, particularly when doing things like working at the local Yacht Club or hanging out with some of the more cringingly conservative young people in boat shoes and polo shirts, that they could understand, even for a day, what life is like for the poor people they talk about (and often demonize). These images of lazy people wanting handouts, milking the system, and spending their “government money” recklessly are just that: images. They aren’t based in reality, and are particularly insulting when over 75% of welfare recipients, nationally, have jobs.

And while I don’t believe that my version of “poverty” was one that gives me enough license to truly speak on the issue, I can at least say that my experience being one of those people that would have been talked about callously gives me a perspective of what life was really like at that time. Both of my parents worked, one was going to school at the time as well, and neither of them felt complacent in the least. Being poor is always something to be clawed out from, if for no other reason than life is deeply uncomfortable when money is an issue. Basic things have to be considered and weighed heavily, and every decision could be the one that screws everything up. It’s not a fun place to be, and it’s certainly not a place where most people are happy to just endlessly linger. If it seems like people aren’t “lifting themselves out,” they are likely caught in some kind of cycle.

Recently, I came across this thread on Reddit about the things that people only understand when they grow up poor. While it’s obviously not a “now you know exactly what it’s like to live in poverty” primer, it’s a good read to start thinking about these things in a more compassionate way, and understanding what life is really like for the people on the other side of some income statistic. I encourage you to read the whole thread here, and in the meantime, here are a few of my favorite posts.

1. “Never answer the phone. It was always the bill collectors looking for money. Same with the front door. Go away nobody’s home.” – cicalino

2. “I remember we used to always get catalogs from a local electronics store in the mail. It always had cool gadgets like game consoles and stuff in them which I really wanted as a kid. I would always just look at them and day dream about having them. If there was anything in it that I really liked, I’d go back to look at it every once in a while, and I guess my parents noticed. One time, a while before Christmas, my mother caught me while looking at the catalog and asked if there was anything in there that I would have liked for Christmas. There was, but I knew they couldn’t afford it so I said no.” – vinostinos

3. “I have the most ridiculous buyer’s remorse as an adult now. I’m not poor anymore, but it’s something I can’t shake. The other day I got a $5.00 DVD out of the bargain bin, and it was a movie I really liked. During the short walk between the bin and register I thought ‘how bad do I REALLY need this…. i could get something else with this $5.00 probably…what if I lose all of my money and I need this $5.00’ a thousand times. I sat it down on one of the shelves and didn’t get it. My boyfriend doesn’t understand it. He will take receipts from me when I buy small things so that I cannot return them because that’s how often I feel guilty and return things. It’s absurd.” – kopedan

4. “I’m 16 right now and just realized I do exactly this.. I mean we’re not dirt poor. Like you said, food, clothes, shelter. But I kind of forgot about wanting things. I don’t even remember the last time I asked my parents to buy me anything. Even when my high school is doing trips or something I don’t even consider going because my brain just unconsciously assumes there’s no money for it. This really hit me kind of hard right now.. What a strange feeling.” – mraustinpowers

5. “I’ve had this discussion between myself and other friends that grew up poor. We were naming the most ridiculous things we had to eat growing up. Ketchup sandwiches is probably the one that got the most laughs, because it’s just so ludicrous to think that we actually had to eat that as a meal. Some others mentioned were putting a slice of bologna in the microwave to ‘fry’ it, toast, spaghetti with ‘garlic bread,’ aka toast with butter and some garlic powder dumped on it, mac and cheese with sliced hot dogs mixed in, and ungodly amounts of the Helpers…hamburger helper, tuna helper, etc.

Also, when you’d be like ‘mom/dad i’m sooo hungry’ and they’d hit you back with ‘go eat a piece of bread.'” – kopedan

6. “Being ashamed to invite your friends over to your house to play, or for birthday parties, or anything, really.

The house I grew up in was clean and well taken care of, and in hindsight it really wasn’t so bad. But when all my friends had big, nice houses in upscale neighborhoods and I lived in a tiny modular home in the woods, I was quite self-conscious about my situation.

The funny thing is now I make plenty of money, and I pay ridiculous rent for a highrise apartment that’s way smaller than that house I used to be so ashamed of.” – offwithyourtv

7. “Gifts on Christmas and birthdays are things you need, not fun things. Christmas is usually when I got all my soap and shampoo for the next year. Clothes come from Goodwill, Salvation Army, Savers etc. if they weren’t coming out of something’s Lost and Found.

School yearbooks and pictures are unnecessary. The best meals of the week would be the half-eaten food my mother brought home from her waitress job at the country club.” – Tacoman404

9. “Being afraid to ask for things because you know the answer will be no, and getting used to not being able to afford things. Eventually, you just throw out school flyers about school shirts, field trips that cost money, lunch money, school supplies, dances, trips, anything that costs anything.

You learn to accept what you have and make it work, and when you actually get something, you understand that it actually means something and costs your parent(s) money they had to work for.

Once I had my first job, I actually wasted the money on things I just kinda wanted because I had the luxury of being able to. It took a long time to learn to manage money wisely and it’s still a process, because when you never have it, it’s hard to understand how to hold onto it.” – HorriblyCrazy

10. “When mom/dad work their asses off and are not there a lot, it’s because they do care about you.” – IsaLovesPizza

12. “The feeling when you see a parent concerned (or over hear parents discussing) over financial woes and you go and get the few dollars you have saved up and bring it to the table and say ‘Here (mom/dad), I don’t really need to save up for that (whatever). I heard you crying/saying that we needed money. I want to help.’