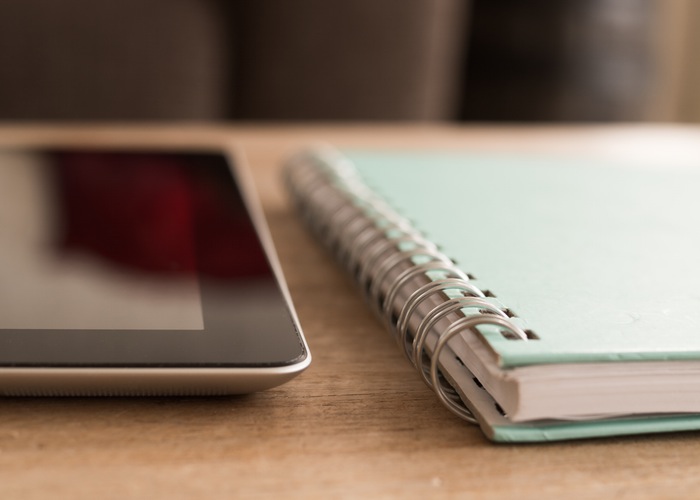 1. Limiting my Facebook usage. I recently deleted Facebook off of my phone. I considered disabling my Facebook account altogether, just to try it, but I use Facebook for work, and even if I didn’t, I wouldn’t really want to give it up entirely. I like reading articles posted, and seeing what my friends are up to, and I don’t want to feel bad about that. However, I need to get out of the habit of rewarding myself for every 20 minutes of work I do with a trip to the ol’ book.

2. Only visiting Instagram once per day. (I figure if I shoot for that, I’ll end up opening it three or four times per day, which would still be a huge improvement.) I put Instagram in a folder on my iPhone marked “STOP,” along with a few other apps I spend too much time on. Something I’ve noticed about the people who have better focus than I is that they eliminate mindless scrolling, and only go on their favorite apps once or twice during the workday. I refuse to get rid of Instagram, because I am an excessive liker, and I love participating in #totalhonestytuesday and occasionally sharing my breakfast with anyone who cares to double tap. But I would say, on average, I open Instagram about 25 times/day, and I’m working on dividing that number by five, at the very least.

3. Taking off my headphones when I’m writing or proofreading. I don’t think this only applies to writers because everyone has to write and proofread during their day — even if it’s while replying to emails. I love listening to music, but having earbuds stuffed in my ears distracts me. I’m fine having someone else’s music in the background, but somehow drilling it straight into my head is too much. When I’m alone, I try to cut my music completely when I’m writing, and especially when I’m proofing, and it makes my read-throughs much more thorough.

4. Going outside at least once before noon. After working for five hours, I tend to get a little restless and wonder why — until I remember that I haven’t seen the light of day, or other human beings all day. I’m trying to force myself to go outside at least once in the morning, even if it’s just to check the mail, or run around the block.

5. Stopping to eat breakfast. I work east coast hours, so by 9 AM my time, I’ve been up for three hours. I try to give myself a 15-minute break around 9 AM and make myself breakfast. While this may only be applicable to those working from home, I think you can have “breakfast time” at the office too. When I worked in an office, I would bring my breakfast to work, and take a few minutes to make cereal or oatmeal and tea in the company kitchen.

by two hours. First, I have stomach problems, so if I have more than two cups of coffee in one day, I’ll end up with a debilitating stomach ache, which is an unwelcome distraction. And, perhaps as a result of having a low caffeine tolerance, chugging a lot of coffee just guarantees that I will crash an hour later. As a solution, I’m ***trying*** to wait until I’ve been awake for two or three hours to have a cup of coffee, in order to stretch my productivity in the morning. I also try to savor the coffee, instead of downing it quickly.

. The caffeine in tea, supposedly, works differently than coffee, in that it gives your body the caffeine incrementally, as opposed to all at once. I’m a tea fiend, and like to keep green tea around for the afternoon — it’s enough of a boost to keep me focused, without feeling like I need to cram work in before I crash.

8. Waking up actually knowing where to start. If I go to bed not knowing where I’m going to start the next morning, I end up going to sleep stressed out, and don’t sleep as well. I’m working on making schedules the night before, because if I get all my notes down on paper, then my mind isn’t rushing when I fall asleep — and I wake up the next day with a definitive to-do list.

9. Setting deadlines as I go. If you’re someone who works well under pressure, it can sometimes throw you off if there is no one imposing a deadline on you. When I started freelancing, I quickly realized that I wasn’t going to get paid unless I kicked my ass into gear, and set my own deadlines. Even for the contracts I have that don’t require X in one week, I set goals for what I want to do, and when I want to have it done by, to make sure I’m encouraging myself to follow through.

. When I worked at an office, I was constantly battling the 2 PM fatigue, when lunch would start weighing me down. My office had food trucks boasting deliciously greasy food every day, and when I stopped eating fried, heavy foods at lunch, the problem subsided. I also try to keep my sugar intake to a minimum until the end of the day, because eating ice cream in the afternoon is a sure-fire way to make sure I’m unproductive for the rest of the day.

11. Not responding to texts immediately, unless I need to. I’m taking iMessage off of my computer. When the notifications pop up on my computer, it makes me feel like I need to answer texts immediately, even when I’m in the middle of something. By taking it off my computer, I will only respond to messages when I check my phone. The goal is to eliminate certain chat options (Facebook, iMessage, and g-chat) on different devices, to limit the distractions.

around. I fidget constantly, play with my hair, pick at my nail polish, and fiddle with my music obsessively, just for lack of something better to do with my hands. I’ve been told to keep a stress ball around when I’m working to discourage the other habits. (I also just find it relaxing to have something to do with my hands.)

13. Trying not to do anything at lunch that will pull me in too much. A lot of people suggest reading, or watching an episode of television while decompressing during lunch. I think that’s a great idea for some people, but I can’t just read one chapter of a book, or watch one episode of TV. When I worked at an office, I once tried listening to an audiobook at lunch, and got so hooked that I listened to it for the rest of the day and got no work done. Instead, I’m trying to take a break without committing to an activity that could reel me in, and throw off the rest of my workday.

14. Getting enough sleep. Everyone says that people who wake up early are the most productive, but I beg to differ. I think well-rested people are the most productive. I think there’s a big difference between working hard, and working smart. While I am a hard worker, and can focus intently when I need to, I sometimes find myself drifting, and losing focus, because I haven’t gotten enough sleep. I love getting up early for work (and working when no one else on the west coast is), but it means I need to force myself to go to sleep earlier, and have enough discipline to say “no” to a third episode of television before bed.