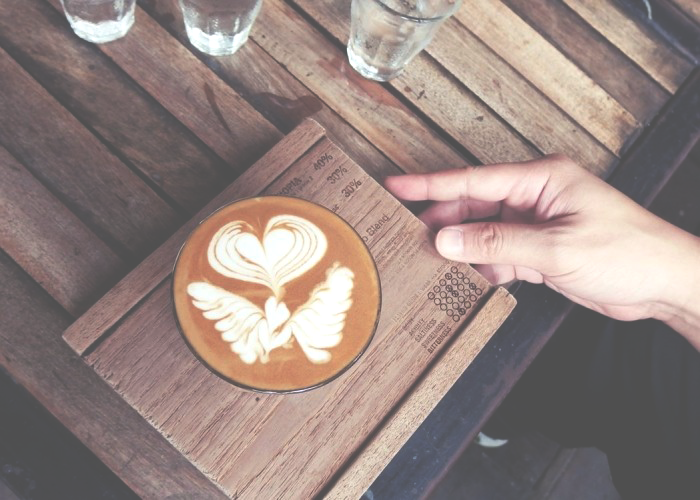 I’ve been thinking a lot about how much adulthood costs, in comparison to how much we make adult life cost by being pressured into certain purchases. When you’re entering the years of your life that can only be defined as the Now Seeking Maturity years, there are so many things that it feels like you lack. Most of those things, in my experience, are qualities that can’t be bought. Most of my hunger for maturity stems from the fact that I wish I understood how to keep my kitchen clean, wake up without feeling groggy, or complete a NYT crossword puzzle. And yet, when it feels like we aren’t able to attain the level of maturity we’re hoping for, I think it encourages us to spend to get to the level of maturity we crave. And as someone who has purchased a desk lamp, teeth-whitening strips, many lattes I didn’t drink, and four-inch pink suede heels while chasing maturity, I can safely say that citing “adulthood” as a reason for spending just makes us (and our bank accounts) less mature. Here are 15 “adulthood necessities” that aren’t doing anything to up our maturity level:

1. The expenses of “exploring your city.” This can also be known as the New In Town budget we all give ourselves: a fresh license to spend money soaking up the new culture around us, even though we just spent most of our money moving. When I moved to LA, I didn’t know the city very well, and I didn’t want to skimp while getting acquainted with my new neighborhood. But honestly, seeing as I was putting down a security deposit and first month’s rent, and I was paying to ship my car across the country, skimping would have been the right way to go. There will be plenty of time to explore your city; you don’t have to cram every hotspot into your first three weekends in town (which, for me, were also the first three weekends before I got my first paycheck). Also, you can find ways to explore on the cheap by looking up free events.

2. Integrating a post-grad trip into your life. How did spending $3K on travel before you start applying for jobs become a popular “gateway to adulthood” tradition? On the one hand, I understand the argument for traveling before you commit to a full-time job with ten vacation days, especially if you’ve been saving for months in advance. However, I don’t think it’s a necessary part of your ~transition into adulthood~. And yet, when I graduated and didn’t take a Eurotrip, it seemed like I was missing out on some integral part of life. Choosing to go on a post-grad trip would have been the least mature thing I could do for my bank account, unfortunately, so I’m glad I saved money in order to fund my move for a job I took later that year.

3. Giving yourself a free financial pass whenever you do something in a “professional capacity.” Adulthood seems to demand that you keep a budget, until your coworker asks you to have a $15 lunch with them. While it’s good to participate in occasional networking drinks and make an effort to make friends around the office, throwing your budget out the window whenever “career things” come up isn’t a mature financial choice.

4. Buying an expensive new couch. I have no idea when Aspirational Couches became synonymous with adulthood. And yet, somehow, no piece of furniture promises Real Adulthood Security like a new couch (or perhaps a mirrored armoire). While purchasing a non-IKEA couch may seem like the ultimate sign of maturity, if you can’t afford it, then you shouldn’t put your bank account through that. I have two friends who each found their (objectively, very nice) couches for less than $50 through friends of friends, or Craigslist.

5. Organic produce and vitamins. Most unfortunately, being able to afford Whole Foods does not an adult make.

6. Trying the new “must-try” restaurant. When you’re adulting, it becomes so much more necessary to try that one place everyone is talking about: the place with the mango mimosas, or the place that’s serving up bizarre combinations of food, like naan tacos or ahi tuna tex-mex pizza, etc. While experiencing your neighborhood and going out to eat is fun, it’s important to remember that indulgences like that should be a treat, as opposed to an everyday occurrence.

7. Blazers. “I Bought A Spiffy Blazer For My First Job Only To Discover That No One In My Office Ever Wears A Blazer: A 20-Something, Former Communication Student’s Memoir.” (Yes, this is my memoir.)

8. Tickets to shows you don’t actually want to see. Accepting invitations to fancy events seems like peak adulthood, but if you don’t have any interest in the event and your budget is tight, politely declining up-front is the most mature route.

9. Some highly-specified household item that a DIY video convinced you to buy: a juicer, a popcorn maker, an electronic mixer, etc. Unless you’re actually a serious baker (or juicer) who uses this purchase regularly, instead of letting it collect dust in a far-off cabinet, this is an unnecessary purchase that’s bringing down your bank accounts maturity levels.

10. Expensive eyewear. One of the adulthood purchases that taunts me is prescription sunglasses, but I know I can’t drop $200 on a pair of sunglasses that I will almost certainly lose. Though Instagram seems to suggest that every 20-something woman has a signature pair of sunglasses, I’ll have to accept that it’s not in the cards for me right now.

11. Art that you buy after feeling insecure about seeing your friend’s superfluously decorated apartment. I have apartment envy that’s directed at anyone who has a clear color scheme/intentional decor strategy in their apartment. The motif in my living room can only be described as “bland” (or maybe “minimalist,” if we’re being optimistic), and every time I go to a flea market, I have to talk myself out of buying art I can’t afford.

12. Pretty much anything on an airplane, or in an airport. I think part of adulthood spending comes from the notion that we’re in control and can do whatever we want without parents around. It’s the ultimate feeling for every kid who was only allowed to have dessert once a week. However, buying four overpriced bags of candy at the kiosk next to your gate, and then three drinks on the plane is, in my opinion, not a financially-sound response to the freedom of adulthood.

13. Weddings. Especially in the first few years you get invited to weddings, it seems crazy to say “no” to the wedding, or any wedding-related event. If you live far away, or you’re in the bridal party, costs can add up incredibly quickly. My good friend was recently in a mutual friend’s wedding, and the entire thing cost her about $2,000. And she lived 15 minutes away from the wedding venue. Politely declining, or only partaking in the wedding weekend events (as opposed to the shower, bachelorette, etc.) are both acceptable options, too.

14. Personalized stationery. I know so many people, myself included, who have nice stationery with their name printed in lovely script at the top of the thick white parchment. I’ve never seen anyone use it. Ever. While I grant that often people receive this as a graduation gift, spending too much money at a ~fancy paper store~ is definitely a maturity trap I’ve fallen into before.

15. Fancy luggage. I grant that buying a sturdy, good-quality suitcase is a practical investment (that will likely save you money in the long run). However, there’s a difference between buying a good-quality suitcase, and shelling out $300 on one of those hard, metallic, borderline-futuristic-looking suitcases because it happened to be marked down from $500. While shopping the sales is definitely classified as mature, it’s important to remember that 40% off Expensive As Hell is still probably too expensive.