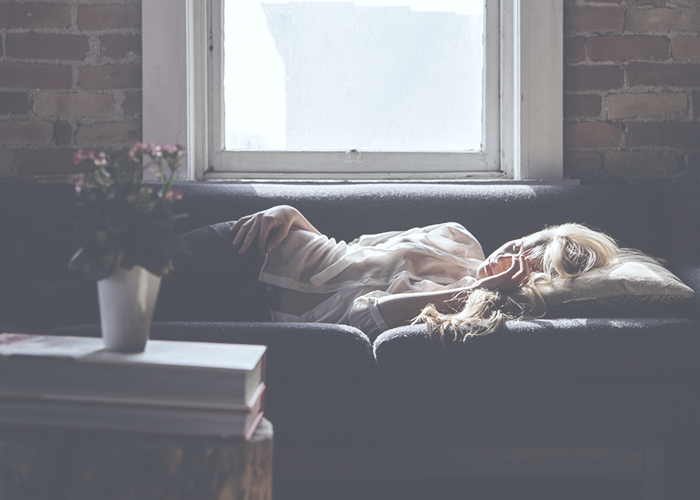 Part of understanding poverty, for those of us lucky enough to be relatively comfortable, financially, is to speak the language of poverty. There are many things that people who live in financial precarity must consider every day which never cross the minds of those who are more privileged. And even if we have moved from one socioeconomic bracket to another — like I have, though “lower middle class” to “upper middle class (which means a lot less in New York City)” is still a narrow spectrum — understanding true poverty may still be out of our reach. We may have experienced financial insecurity, but were we truly poor? And if not, are we able to empathize with and understand the lives of people who are? Do we realize just how expensive it can be to be poor, or how much it can cost people just to stay on the hamster wheel of maintaining basic necessities when everything is day-to-day?

The answer for me is, despite my own experience in a lower income bracket, no. I was never in a situation where I feared losing my home, or my parents did not have enough food for me. I may have worn hand-me-downs, forgone luxuries as a child, or frequented check-cashing places as a rebellious and idiotic teen who wasted all her money, but I wasn’t capital-P Poor. And that means I have much to learn, and have a long way to go before I can truly say that I even understand the definition of the word. It’s up to all of us to enlighten ourselves about the lives of people so many — including and especially people like politicians — can be quick to disparage or demonize. What really are the lives of people in social programs, in shelters, on the streets?

In an effort to learn more, I’ve been browsing Reddit threads about the topic, and recently came across this one, where people who have experienced or are currently experiencing severe poverty discussed the things they found themselves buying which “normal people” never even consider. Needless to say, it was an extremely fascinating read, and I encourage you to read the entire thread when you have the time here. For this post, I gathered 15 answers to help us all learn a little bit more, and be a little bit more compassionate, about how the people around us every day are living.

1. “My office only has a unisex bathroom so it has the facilities for men and women. Naturally there’s a tampon machine, and tampons are only 5 cents. Once a month I’ll work late, get a roll of nickels and fill up a grocery sack with tampons for my wife.” –permitbyrule

2. “Extended stay housing or motels/hotels. When you can’t qualify to get an apartment because you don’t have proof of income, you end up wasting more money to stay for a week at extended day housing or a cheap motel. It sucks ass having no home/being a transient, I promise myself never to be in the same situation again.” – notmaurypovich

3. “Lots of school systems do free lunches for kids under 18 during the summer. When I was a kid I remember my dad taking us to get lunch at the school then go play disc golf, soccer, or do something else free and fun, it was a blast and I had no clue it was because we were poor.

Dollar theaters, and sometimes they have a free afternoon/evening show for kids with the purchase of a parent ticket. Many movies were seen by the three of us for $4 with a shared popcorn and coke.

My dad was amazing at making us feel rich on basically nothing.” –pyromaster55

4. “My mom would buy a small personal pizza for my brother on special occasions, like if he did really well on a test at school or something. Even though it was only like $2, she couldn’t afford anything for herself, so she would eat his leftover crust. She told me he would always tell her ‘Mommy are you hungry? Go buy one just for you’ and she would just say ‘No I’m not hungry, I only want a little snack.’

She only just told me this a few years ago and I was shocked because by the time I came along my dad had gotten a good job and we lived just like anyone else… I had no idea that my older brother grew up like that.” – ShotgunMeLove

5. “I was so poor once that I would go to Long John Silvers and order a water and crunchies (which used to be free) then sit there and watch the people that would dine in. It was amazing how little they ate. And then they would leave without dumping their tray off in the trash. Fries, hushpuppies, chicken, fish… all untouched. No, I didn’t eat a piece that was bitten off of.

I once saw a woman order a 2 piece fish and more for her kid, that ate 1 hushpuppy and a few fries, and then left the rest of it there. It was the best I had eaten in weeks.

Glad that’s behind me now.” – ToddTheOdd

6. “Near where I live there is one of those guys who cleans out basements and storage buildings for a living. he also has these huge yard sales 2 or three times a year along a main highway; pretty incredible to see. he even puts up traffic control and parking signs because so many people stop when it is busy.

This guy saves up all of the kid’s clothes he comes across during the year, and toward the beginning of August he has a yard sale that is mostly clothing. The moms from the local trailer parks all come to this sale and fill bags with clothes for their kids, which he then puts in his garage and holds on layaway. These mothers come to his back door and make weekly payments on used school clothes and shoes for their kids all month.” – freekmagnet

8. “Learning the times of the day when meat, bakery, fish, vegetable and misc. items are reduced to 75% at the local supermarket. I’ve been learning for years, but it’s a good day when you find 400g of fresh mince for 99p, and you have warm filling food that you used to take for granted when living with parents. One thing Ive noticed about being poor is that you become almost vegetarian because meat just costs too damn much. Frozen or fresh.

Another thing would be buying the cheapest large container of yoghurt, and mixing in jam for fruity yoghurt. But that’s not about being poor, that’s just a good idea.” – WatchingJeremyKyle

9. “A buddy of mine went through a tough time a few years back, and I didn’t know about it until he told me about a year ago. One thing that stuck with me was that he made just enough money to survive. By survive, he meant literally enough money to pay rent, utilities and the cheapest, worst food he could buy. He couldn’t afford transportation. Not even the bus. He told me about a span of a few months he went through where he literally only ate water, dry noodles and peanut butter. For a few months…

He worked at a restaurant and they cut his hours. He couldn’t find other work. His first big reality check was that he had to sell his car to make rent one month. The next month he started selling other “unnecessary items”…like his old TV, some old appliances and his nicer clothes. He got to the point where he was doing his laundry with dish soap in his sink. He couldn’t afford deodorant, razors or any of the things we take for granted…so he’d steal them from the grocery store. He didn’t like to do it, but he had no choice. He never got caught.

When he told me all of this, I was floored. I wish he would have told me when it was happening. I would have helped any way I could. At that time, I was by no means living a fancy lifestyle, but I could have thrown him a $20 spot here and there to help him put some groceries in the house or some TP in the bathroom. Fuck, just thinking about it makes me ill. He’s still poor today, but he works full time and is happy…at least from what I see.” – FFalldayerryday

10. “At-home surgery. Used a pair of needle nose pliers, a razor blade and some anti septic super glue to remove a cyst on my forehead. The secret is to cut it in a “cat’s eye” shape, quickly push the skin back after you pull the cyst out (don’t let it pop) and get the glue on fast. Burn like ten bitches on a bitch boat, but it bleeds a lot and you have to get it on quick to stop the bleeding.” – [deleted]

11. “I knew a guy that would go to a livestock feed store and buy antibiotics and some other meds there that were meant for farm animals when he got sick. There was another med he’d get at pet stores too. He’d just cut the pills into smaller pieces to try to guess what the proper mg amount was. It’s apparently crazy cheap for certain meds and doesn’t require a prescription or govt. oversight like it would at a normal pharmacy.” – [deleted]

13. “You can get new car parts from the junk yard for virtually nothing, with added discounts if you remove them from the junkers yourself. I had a 12-yr-old car in college and when it blew a tire, I went to the junk yard and found a decent set of tires. Bought all 4 for $70, which reduced my food budget to $16 for the next two weeks. Some lady in the grocery store saw me with a calculator trying to figure out how much ramen I could buy with $16 and handed me a $20. It made me cry. (I’m glad I’m not poor anymore. But I’ll always remember that lady.)” – IAlbatross

14. “My father and sister and I would spend all Sunday picking up cans to be recycled at the lake. So while all the other families were enjoying their cookout, we would scavenge through garbage cans. We did this because our father would take us to Mcdonalds afterwards. So after a whole day we would trade the aluminum in for a few bucks. My father would order a Big Mac (back when it was a dollar) and a small coffee. My sister and I would share the burger, she getting the part with 2 pieces of bun because she was older and I ate the solo. My father sat there and had multiple refills on his coffee. We spent many Sundays like that.” – ikkidigital

15. “I have been both very poor and very comfortable. A lot of very true statements already posted here, but here’s what I have noticed. When you are broke, you can’t plan ahead or shop sales or buy in bulk. Poor people wait to buy something until they absolutely need it, so they have to pay whatever the going price is at that moment. If ten-packs of paper towels are on sale for half price, that’s great, but you can only afford one roll anyway. In this way, poor people actually pay more than others for common staple goods.” – meepshesaid