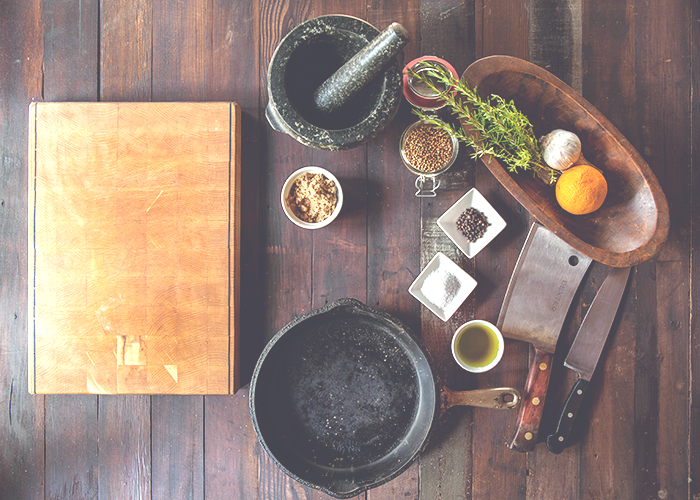 There’s no doubt that the decision to move in with your significant other is a big step. Even if you’ve spent most of your adult life living with a roommate, sharing an apartment with your boyfriend or girlfriend is completely different. You end up sharing much more than just physical space; you cook meals together, you watch TV shows together, you become aware of one another’s habits in a way that you simply cannot when you’re dating and having sleepovers.

My husband and I moved in together after we had been dating for a year, and we lived together for several more years before getting engaged. Our decision to move in together felt natural and logical, even though we had only been dating for a year. We were spending so much time at one another’s apartments that paying for two rents just seemed silly. While our personalities contain a multitude of differences (I’m pleasantly surprised by how well he tolerates my obsession with Pretty Little Liars), our habits and living styles mesh extremely well together, and we never entered the cliché territory of becoming the couple who fights because someone forgot to take out the trash.

All that said, it’s easy to let your credit card get carried away when preparing to move in with your significant other. You’re sharing a home and building a life, and that can feel like a big deal. And it is. But it’s important to not let the notion of it being a big deal overshadow the specifics of your relationship. I remember getting caught up in the excitement by taking multiple trips to HomeGoods and Target, wanting our first apartment together — an industrial loft in East Boston with a spiral staircase — to be perfect.

Looking back, so many of those initial purchases were great in theory, but not entirely practical. I mean, why did I think I needed not one, but two colanders? I’m pretty sure I wasn’t going to be cooking that much pasta. Here are the 15 purchases I made in preparation for the big move that I definitely could have skipped:

Hear me out on this one: unless your apartment has room for a home office, a desk is going to feel totally out of place. Because our first apartment was a one-bedroom loft, my desk ended up getting stuck in a random corner of the bedroom, and I barely ever used it. Instead, I turned the kitchen table into my workspace, or I just camped out on the couch.

I’m not sure how many bundt cakes I thought I’d be making, but I can tell you now that the answer turned out to be close to zero. Actually, it might have been zero. My inner Betty Crocker was not brought out just because I had moved in with a man.

I’m not kidding with this one. My husband had a standard coffee maker in his previous apartment, and I purchased a Keurig shortly before we moved in together. We decided to hang onto both “just in case.” Just in case what?! Just in case there’s a zombie apocalypse and the world runs out of coffee? Just in case we needed to pull several all-nighters in a row and didn’t have time to make more coffee? I still don’t really know the answer to that one.

4. One high-end hamper from Pottery Barn.

There was a moment when I was like, “Yeah, we’ll probably just throw all of our clothes in one place and do laundry together.” Emphasis on a moment. I don’t think we’ve ever mixed our laundry once. To this day, we have separate hampers (although we embraced the “divided hamper” strategy for a little while). We’re also on completely different laundry schedules, and we don’t feel the need to sync them any time soon.

5. A sh*t ton of Christmas decorations.

Our first Christmas in our shared apartment was ~important~, right? We obviously needed a big tree with tons of ornaments, and we definitely needed Christmas lights around our floor-to-ceiling windows, and obviously some mistletoe. Oh, and stockings. And a wreath on our door. Since then, we’ve significantly downgraded our Christmas game, and stick to one small (fake) tree. Done and done.

Neither my husband nor I are huge drinkers. He’s more of a beer guy, and I tend to gravitate toward riesling or rosé. But something about moving in together made me sure that we’d make Friday night cocktails together every week, and therefore, we certainly needed a few martini shakers, lots of shot glasses, a cocktail strainer, a double jigger, etc. I’m not sure why I imagined that our kitchen would be set up like Don Draper’s office or Richard Gilmore’s living room, but there you have it. P.S. – We still have that martini shaker, but I don’t think we’ve used it in five years.

I think there are two ways to look at “date night” once you’ve moved in with your S.O. On the one hand, every night is date night. On the other hand, because every night can feel like date night, it’s important to carve out time for actual date nights. But date nights are special the same way that “treat yo’self” is special: it can’t happen all the time, or else it’s not really a date (or it’s not really a treat). With that logic, I definitely didn’t need a huge shopping spree before moving in. (But, real talk, I don’t really regret buying extra clothes because I do still get a lot of use out of them.)

In theory, buying a shovel was a practical purchase. However, our apartment was in a building owned by a rental corporation. Meaning, we had snow removal. We were so excited about being “adults” and having a “home” that we didn’t even bother to think about the fact that someone else was going to shovel the walkway outside our apartment building. That said, I will say that our shovel came in handy when it came time to stake claim over our parking spaces outside.

My husband and I are a little snobby about a few food-related items. For example, in our entire seven-year relationship, we have never once cooked spaghetti using premade sauce in a jar. Yes, we make our own pasta sauce every single time. We also love making pizza together (bonus – making pizza is actually a great date night activity), but the pizza stone was taking it one step too far. The one and only time we tried to use it, the dough stuck to the pizza stone, and the dinner was 100% ruined.

I guess we thought we were going to be entertaining our friends often? Or maybe we thought that we’d be reading all of those books. One way or another, we ended up with an unsightly pile of books on our coffee table on all kinds of subjects. Our living room was like the waiting room of a doctor’s office (except without those weird toys with the beads on them).

Perhaps all the coffee mugs were needed since we had two coffee makers. Or maybe it’s because my husband and I are serious coffee addicts. Either way, we are still trying to downsize our coffee mug collection. It’s just hard when mugs like this exist.

Prior to our move-in day, I used one of those photo printing centers at CVS to get copies of literally every picture of the two of us, in various sizes. I assumed that we’d frame them, but didn’t really have an understanding of the fact that we probably wouldn’t want to cover our entire apartment in pictures of the two of us.

You know those blocks of wood with inspirational quotes? There’s definitely a time and a place for them, but it’s probably a good idea to consult your significant other before buying wall art that reads, “Dream big, sparkle more, shine bright.”

14. An endless amount of appetizer plates.

As with number 10, I’m not sure if we thought we’d be having dinner parties every weekend or what, but I just went all out with the entertaining dishware. Whenever we do have company, I love busting out some of the cute geometric dishes that I purchased, but truth be told, most of them end up getting used as receptacles for my Annie’s bunnies when I’m watching TV.

A simple stroll through Williams-Sonoma can easily convince you that you need that egg yolk separator or that highly important strawberry huller. I am a not-so-proud owner of a peanut butter and jelly spreader, which is literally just a double-sided rubber spatula where one end is brown and the other is purple. We also have an alarmingly high number of avocado tools, but let’s be honest, when guac is involved, it’s always important.