15 Women On Their Biggest Post-Grad Mistakes 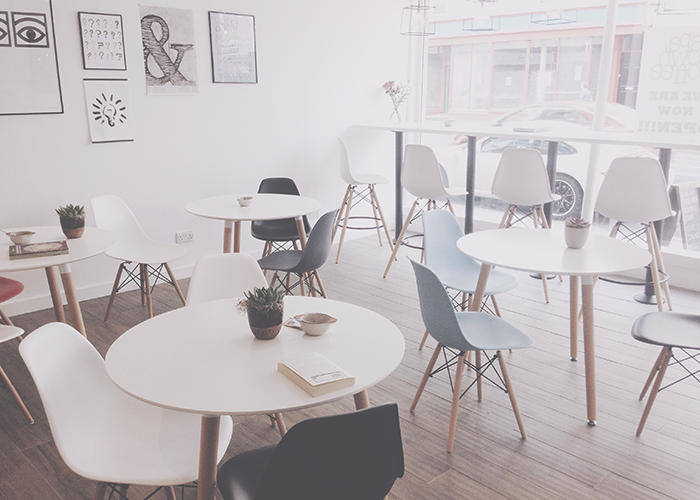 As someone who spent their first 10 months after college hiding from reality in upstate New York having daily meltdowns about what I was doing with my life, I am in no position to judge what everyone else was doing in that time, financially or otherwise. There are things I wish I’d done differently (from starting a retirement account earlier, to saving for extraneous moving expenses), and I wanted to ask around to see what other financial decisions we would’ve changed during that first post-grad year. I asked 15 women, ages 23-32, what their biggest financial mistake was after college, and here’s what they had to say:

1. “Underestimating how expensive moving was. I actually graduated college with a healthy savings balance, and planned to do a paid internship in DC before moving to Turkey for a fellowship. This meant two moves in three months. Between excess baggage fees, storage fees, the security deposit for my DC apartment, and eating out for the early weeks when we didn’t have a kitchen set up, those savings disappeared pretty fast. It took longer than I anticipated to find an apartment when I moved to Turkey, which meant my sitemate and I would up living in a really expensive hotel for the first week we were there — more money gone. Then we had to buy furniture and basic essentials for our rooms — even more money gone. I eventually recouped some of it at the end by selling furniture and getting deposits back, but it was still a huge chunk of change on what now feels like nothing. I couldn’t afford movers or any additional help, and I’m also pretty sure I did some sort of permanent damage to my right shoulder from attempting to heave boxes around by myself. Moving is EXPENSIVE y’all,  and you’ll def do it at least once very soon after you graduate, so make sure you’re prepared financially to do so.” — Meghan, 25

2. “My biggest post-college mistake was that I still went out as much (if not more) than I did in college. I was making substantial amounts of money for the first time EVER, yet I did not know how to use it properly. I was still in the honeymoon phase with the ‘real world’ and all I wanted to do was ~experience~ it. So, that’s exactly what I did. I experienced my new city by going out and trying new restaurants and spent WAY too much. After a year, I had zero savings, and that’s when I realized it was time for a change.” — Jamie, 23

3. “Right out of college, I was in a field that would leave me unemployed for a couple weeks at a time. I worked in production, so I’d work like crazy for three months on a movie, and then I’d have three weeks with no money coming in. I did not properly allocate funds or save to prepare myself for those few weeks out of the year that I inevitably wouldn’t be working for. I needed to be following a strict freelance budget, but it took me a while to learn that.” — Suree, 25

4. “My biggest financial mistake can be summed up in 11 words: signing up for a credit card without understanding how it works.” — Jenny, 26

5. “Right out of college, I still lived at home and had no rent, car payment, or debt, but I did have a job. Instead of saving, I did the opposite. I bought whatever I wanted and traveled carelessly.  When I think of how much money I could have been saving, it makes me want to cry!” — Tania, 32

6. “Not saving for an emergency fund the first six months of my new post-grad job. I lived in a very affordable city with a good salary for my first year coming out of school. In turn, I got excited about the money coming in and blew most of it on clothes shopping and socializing with friends. I told myself that I could save later. I could have knocked out a couple of these shopping sprees or happy hours and saved quite a bit of money. After six months, I started saving and did a pretty good job, but I still want to kick myself for not taking the time to save even a little of my first six months worth of paychecks.” — Abby, 23

7. “The biggest financial mistake I made out of college was thinking I needed a credit card that earned points. I put all my expenses on that card in order to maximize the rewards, including work expenses that I was reimbursed for later. Even though the expense reports were paid quickly, the money was deposited into my checking account, giving me an inflated sense of how much money I actually had. I should have immediately applied that deposit toward my credit card balance; instead, I rode the credit card float for a couple months until one month I couldn’t pay my credit card bill in full. That was a tough and embarrassing hole to dig myself out of, and I can say with certainty that the points I earned myself were not worth it.” — Jenn, 28

8. “I got my first credit card about six months after I graduated college, thinking it was a good backup in case of emergencies. I didn’t do much research before on cards with the best rewards or anything, I just signed up for the Visa credit card my bank recommended, since I bank with a small, local credit union and have always had a positive experience there. Turns out, moving across the country twice in two years — first to LA, then to New York — meant funding a lot of bigger purchases on my credit card. I always said to myself I would pay it off, but once my interest-free grace period was up and my APR rate kicked in, I’ve found myself carrying a monthly balance in the thousands ever since. It really boils down to some furniture purchases and car repairs that did the most damage. I’ve just recently been able to start paying more than the minimum every month.” — Kelsey, 25

9. “I went straight from undergrad to grad (and actually found a way to overlap the two), so it’s hard to define my ‘first year after college.’ Four months after graduating from my master’s program I got married, so I didn’t have a lot of time to make ‘solo mistakes,’ although I will say we ate out WAY TOO MUCH! However, during my first year of the graduate program (which is the first year after my undergrad), I had two internships that both paid well and I didn’t put any of that money toward retirement. I had a lot of money saved from these jobs that we used to get our married life set up, including paying for the wedding and paying off his student loans, but absolutely zero of those dollars went to retirement and now that I’m more educated on retirement, I really regret that. The compound interest I could have had on that money can never be made up.” — Melonie, 25

10. “My biggest financial mistake in my first year out of college was to go directly to graduate school — resulting in 12 straight years of higher education — without considering taking some time and working first. I didn’t even think about spending a year or two between undergrad and my MA/PhD program to work, maybe save some cash, and get some real-world experience. Every grad student I know who did take a break had a much better perspective on financial matters (whether it was savings, insurance, retirement, whatever) than I did. And most of them seemed to deal with the stresses of school better too, since they understood the alternative. Even with a bit more reflection, I might’ve still gone straight to grad school, but I should have at least thought about trying something else first.” — Brenna, 32

11. “Probably the biggest financial mistake I made directly out of college was spending the money I got from my graduation party. Like, I think about that and just slap myself in the forehead and think, ‘wtf?!” I could have invested it, saved it, done so much MORE with it.’ It wasn’t like I ‘needed’ the money; I had a job and was able to pay my bills, so I should have been smart with the money. But instead I bought shiny things and a DVD/Bluray player that no longer works. My mistake was just being stupid with money and if I could go back, I would 1000% do things differently.” — Kendra, 26

12. “After college I wanted to travel, so I opened up a new credit card that came with a seemingly great introductory travel bonus: if you spent $3,000 in the first three months of having the card, you would receive $400 in airfare. This was a great offer for someone who could afford to pay off the $3k spent over three months. I, unfortunately, was not one of those people. I was wooed by the intro deal and overspent my budget by thousands of dollars in exchange for a measly $400 that didn’t even cover a full plane ticket. I’m still paying off the debt I incurred in that three-month spending spree.” — Laura, 25

13. “My biggest financial mistake was spending a lot of money on a relationship that was not going to last. I know it sounds stupid now, but I was so lost after college that my college relationship felt like the only thing I could hold on to. I knew we were headed in different directions, but I spent six months buying expensive plane tickets anyway. That’s about $2,000 I’ll never get back, and I don’t even speak to the guy anymore.” — Rachael, 24

14. “I didn’t have a job lined up when I graduated from college, which, in and of itself, is fine.  My plan was to move to South African (where my mother was living and working) and do some volunteer work, and travel while she underwent a major surgery. I don’t regret this, but I do regret waiting until I got to South Africa to look for jobs. I’m not sure if we could classify this as a financial decision since my visa status would make it impossible for me to get paid there, but I may have been able to find some stipend or renumeration that didn’t require a visa. My school had a plethora of excellent resources, in the form of a career services department, a service center, a scholarship/fellowship department, and professors and alumni with ties to the types of places I was interested in that I just did not tap into. I eventually found something at a really reputable think tank through my mother’s ties where many international students worked (without pay). Looking back, I realize it never hurts to evaluate and exhaust all options.” — Emma, 30

15. “After college, I moved to New York City and cared so much about doing my time in NYC ‘right.’ This translated to spending a lot of money on things I didn’t need, including many trips to Whole Foods, and multiple nights out a week. I’d be lying if I said I wasn’t influenced by pop culture’s portrayal of Manhattan, and felt that I had to be living up to my inner Carrie Bradshaw every day, or else I wasn’t doing New York justice. Eventually, I learned that no one is really keeping score on these things, and it’s important to live the way that feels comfortable and financially appropriate.” — De, 30