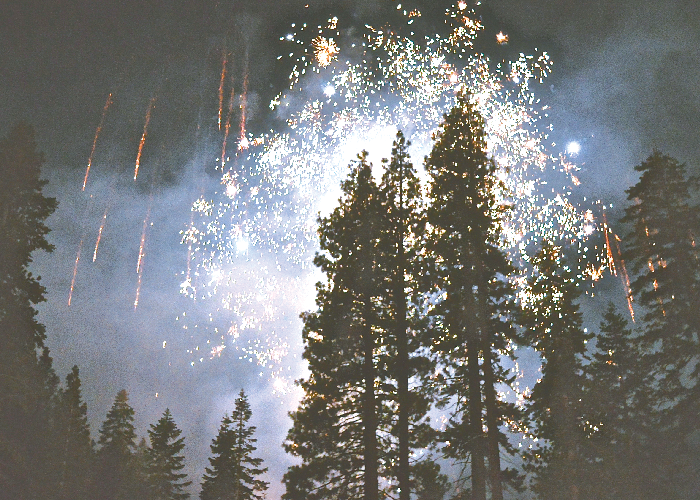 1. Leaving dishes that have remnants of melted cheese in the sink without soaking them.

2. Waiting until I’m almost out of underwear to do laundry, or waiting until the night before a guest comes to wash my second pair of sheets. On the plus side, I made it through 2015 without buying new underwear just to get out of doing laundry, so that’s a small victory.

3. Not diligently keeping track of every dime I brought in this year. I was good about watching my budget, but wasn’t good about making note of every payment (and exactly when it came through) on a spreadsheet. I have pay stubs and records, of course, but I need to keep track of everything I bring in on a monthly basis. It will make tax season so much easier.

4. Not reading parking signs. For the sake of my budget, I would really love for 2016 to be a parking ticket-free year.

5. Putting off buying things I need. I can understand putting off a big purchase while you save up for it, of course. But for me, I’d save up for the purchase and then still put it off. Often I would save for something I need and then decide not to buy it because I liked having the money in my savings account more.

6. Not keeping go-to perishables in the house. I’ve started getting into the habit of keeping non-perishables around the house so I can always make something satisfying for lunch or dinner (a few of my favorite quick meals are dhal, huevos rancheros, and black bean soup). But I’m not good at routinely replenishing my supply.

7. Getting into a financial discussion with someone I’m not comfortable giving my own financial information to. I like talking to my friends about money (if we’re both okay with it) and I’m fairly open with my closest friends. However, I need to be careful that I don’t put myself or someone else in a position where they feel like they need to share more than they’re willing to.

8. Not asking the landlord why the last tenants left. I know that I probably wouldn’t have gotten a straight answer, but it would have been worth it to ask on the off-chance they’d told us that our neighbors would cause more than a few issues.

9. Not keeping track of my American Airlines points, and not opening an airline credit card.

10. Traveling (for an extended period of time) without my checkbook. Whenever I travel for a long time, I become hyper-aware of which possessions I should leave at home for safekeeping, and end up leaving everything I actually need (from good face cream to my checkbook) behind.

11. Not being honest (with myself and others) about how long a task will actually take. I am always the person who wants to get my work in ASAP, but it turns out so much better when I slow down and take the extra 20 minutes to complete the task.

12. Not getting enough sleep when I feel like I’m coming down with a cold.

13. Not setting realistic goals. The goals I set are always a half-step above realistic, and for some things, that’s great. But other times, when I set unrealistic goals, I finish a day of good work and still feel like I haven’t accomplished anything because I’d set out to accomplish 10 more things than I actually had time for. I either end up working for an additional five hours or getting annoyed with myself, neither of which is the best way to end a day.

14. Totally abandoning exercise. I threw every exercise goal I had out the window in 2015. I know that 2016 won’t be the year I run a full marathon, but I can’t let myself off as easily as I did this year.

15. Not budgeting well for expenses when visiting home (and the east coast). I live on the west coast but have spent a lot of time on the east coast recently because of the back-to-back-to-back holidays. Because I sublet my room in LA for December, my mindset was “but I’m not paying as much in rent this month,” but I still should have been more strict about spending.

16. Not setting reminders for longstanding renewals, like paying my car insurance or renewing my car registration. I own a calendar for a reason. In theory, I should have a little note on the February page of my calendar reminding me that my car insurance payment is due. (My car insurance company is very patient with me, but just once, I’d love to call them before they call me.)

17. Not treating my friends and family when I probably could have. I spent so much of 2015 freaking out about money because it was my first year freelancing. I forgot to slow down and realize that I could afford to buy a friend coffee once and a while or splurge on good ingredients when my boyfriend and I made dinner together. I want to get to the point where I bring a nice bottle of wine over to a friend’s house, instead of being the friend who routinely brings the best bottle under $10, but shows up with an explanation as to why it’s really good.

18. Not sticking up for myself when I’m confident that I am right. I am too apt to be a “yes person.” I pride myself on accepting criticism gracefully (because there is nothing less appropriate than a 20-something temper tantrum), but sometimes I feel confident about my opinion or that I have a good idea, and I still don’t say anything because it pushes me out of my comfort zone.

19. Not scheduling credit card payments as soon as the bill comes. I only spend on my credit card when I can afford to, so it’s not as though I’m worried that I can’t pay the bill. I’m just too lazy to take the extra two minutes to schedule my payment immediately. That needs to change.