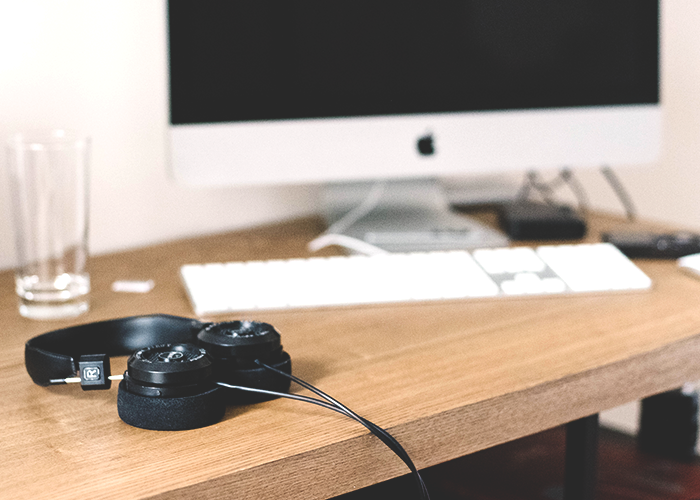 It’s Sunday night and you’ve mentally plotted out your to-do list for the following week. You might have even created an actual schedule or written list to help you visualize, set forth, and conquer. You know exactly how much you have to get done, and you feel inspired and motivated to accomplish every single task.

And then Monday morning rolls around.

You were up too late watching Game of Thrones and now you’re exhausted. Whether you commute or work from home, distractions start creeping in and your previous resolve has now given way to that all too familiar friend, procrastination.

It happens to the best of us, but when it does you don’t have to surrender, defenseless, relegating it to a to-do (tomorrow) list. There are proven ways that you can regain focus and push through your tasks (even as phone calls and chatty coworkers tease you away from them). Here are two tactics to keep in mind that, believe it or not, involve stepping away from the task at hand.

1. Give Yourself Brief, Task-Oriented Breaks

You know how after a vacation you return to work feeling invigorated, refreshed and ready to take on just about anything? A study published in the journal Cognition found that the same principle applies to taking mini mental breaks during the workday.

Subconsciously, we all know this — it’s partially why workplace breaks are regulated by law, and why that glorious lunch hour feels so valuable. This study is of particular interest, though, because it highlights the mental benefits of “brief diversions” where you focus on a new, simple task for a short amount of time.

Contradicting a decades-old theory about the nature of attention, the research demonstrated that even brief diversions from a task can dramatically improve the ability to focus on said task for a prolonged period. We all know how quickly our attention wanes: You begin powering through that spreadsheet task full speed ahead–an hour later your eyes are glazed over and your mind is thinking about what’s for lunch.

This study was designed with this time-old problem in mind, with the goal of addressing how we fall victim to distraction when working on the same task for an extended period of time.

“This study is consistent with the idea that the brain is built to detect and respond to change,” said Alejandro Lleras, a psychology professor at University of Illinois who led the study. “Constant stimulation is registered by our brains as unimportant, to the point that the brain erases it from our awareness. So I thought, well, if there’s some kind of analogy about the ways the brain fundamentally processes information, things that are true for sensations ought to be true for thoughts. If sustained attention to a sensation makes that sensation vanish from our awareness, sustained attention to a thought should also lead to that thought’s disappearance from our mind!”

This theory proved to be true: researchers had two groups perform a 50-minute computer assignment; the group that was given two breaks to perform a separate, short task, saw no drop in performance as time went by. Meanwhile, the group without breaks did see a drop. This suggests that prolonged attention to a single task actually hinders performance.

The takeaway: Don’t force yourself to continue working on a task when you’ve been at it for hours and you feel your focus waning. Instead, take a strategic break to work on a different task for a short period of time before returning to your previous work. Maybe that’s answering a few emails, making a cup of coffee, going for an outdoor stroll, or doodling.

2. Take Up Meditation After Hours

A study by neuroscientist Giuseppe Pagnoni discovered that those who meditate may have more control over their brain activity than those who don’t. Further, he found that meditation can actually improve the brain’s ability to function in general. The study compared twelve meditators, each with at least three years of consistent meditation under their belts, to twelve individuals who’d never meditated before. Everyone in the study was the same age and had the same level of education.

“The regular practice of meditation may enhance the capacity to limit the influence of distracting thoughts,” said Pagnoni.

“While both meditators and non-meditators had some activity in their vPMC–or ventral posteromedial cortex, the brain region associated with invasive thoughts and a distracted mind–the increased stability in meditators may mean that they can better rein in wild thoughts so they don’t snowball out of control,” wrote Dr. Joshua Gowin in Pyschology Today.

That doesn’t necessarily mean you should stop everything in the middle of your workday and meditate for hours, but meditating consistently during non-work hours may improve your overall focus, on the clock and off.

Smartphone apps such as Headspace, Calm, and Meditation Studio can help walk you through meditation if you’re new to the practice or are seeking guidance.