20 Little Things I’ve Realized Life Is Too Short For 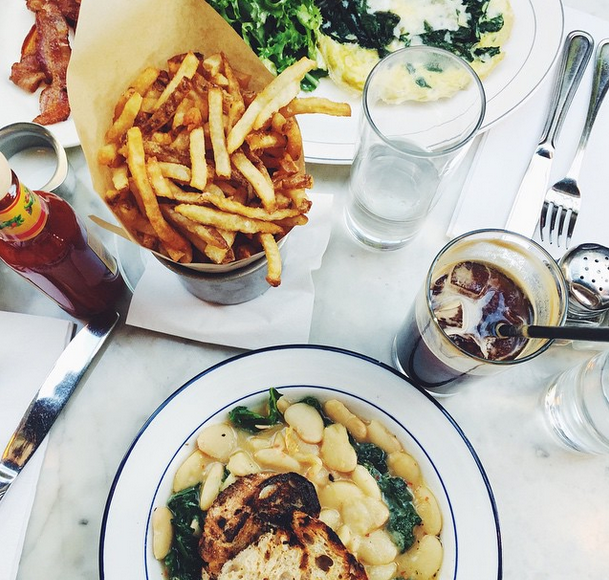 1. Not asking if you can say hi to a really cute dog. (But always ask first.)

3. Not asking for a raise

because you’re afraid of being denied. At the very least, you’ll learn what you need to work on so that you get one the next time around.

4. Not applying for that job because you’re afraid you’re not qualified enough. Make the application personal. Reach out. If nothing else, they’ll know who you are and remember you. That first impression is priceless.

5. Not introducing yourself to people you admire because you think they’re above you. They’re not, and they were once where you are now. They remember that.

6. Wearing heels when you want to wear flats

7. Wearing flats when you want to wear sneakers.

8. Wearing literally anything that bunches in weird places, is too tight or too uncomfortable, or doesn’t feel like something your best self would wear. (You can totally be your best self in sweatpants

9. Letting the actions of other people dictate your own happiness. FOMO is a real, 21st century phenomenon. But just because it’s real doesn’t mean it’s not bullshit. Live your life offline. Photo-worthy opportunities will arise naturally because of that.

10. Not telling people how you feel, whether it’s that you love them, or that they hurt your feelings, or that you have a great idea, or that you feel used or alone or scared or happy. Express yourself, at every chance you can. The people who care about those feelings are the one to keep around.

11. Worrying about those five pounds. Nobody but you knows they exist.

12. Not standing up for yourself.

16. Rallying when you’re tired and really just want to go home. Life is short, yes, but there will be more nights to spend with friends and laugh and reminisce and make memories. Doing all of those things when you’re in a bad mood benefits no one.

17. Beating yourself up for a mistake. Apologize once, and then work to make it better, but also remember to forgive yourself for being — of all things you might have the audacity to be — human.

18. Not watching cheesy movies or listening to catchy pop songs because you think you should have better taste than that. Netflix is full of fluffy rom-coms that do nothing but provide joy. Thinking you’re above a little lowest common denominator happiness just means you’re denying yourself potential happiness. It doesn’t make you any more high brow than anyone else.

19. Filling your life with so much unnecessary stuff just because it looked pretty in the store, or you wanted it in that moment. You can’t take your mounds of stuff with you. Stuff doesn’t mean anything in the long run. Sometimes practicing impulse control is only getting us ready and excited for the stuff that’s really worth it.

20. Not eating dessert. Like I said, you can’t take it with you, and that includes whatever jiggle you earned from eating that really delicious cookie. And like I said, nobody notices those five pounds. Eat the cookie. Life will be sweeter for it.

Ella Ceron is social media editor at New York Magazine’s The Cut. She is on Twitter and Instagram.