2016: The Year Of Not Giving A Sh*t About What You’re Supposed To Be Doing 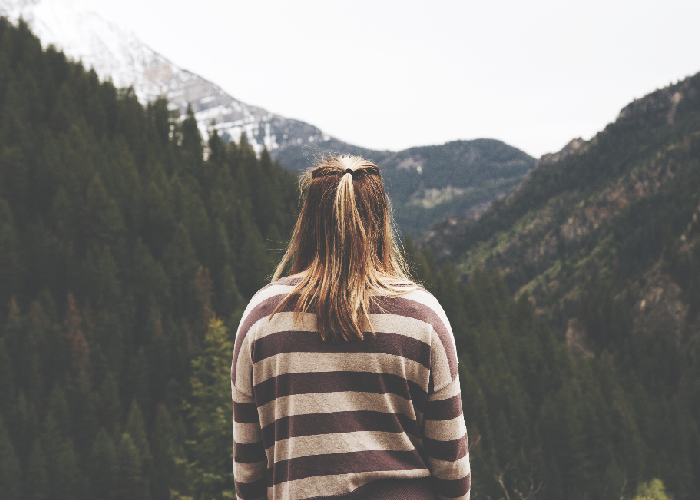 I’m in DC today, a city I have gravitated in and out of through the years like a planet on a shaky orbit. The fall I spent in DC, I worked at a coffee shop and babysat and obsessively participated in French cultural activities. When I moved, it felt like I was running from a burning building, my life so static and delayed from what I felt it should have been that my move to Paris seemed like the only thing that would save me. And it did, in a lot of ways. In Paris, I started my career in earnest, I started being better with money, I fell in love, I respected myself. Things were better in every measurable way than they had been in DC, but I still missed it. Even walking the tiny, breathtaking back streets near my old apartment in the fifth arrondissement, I thought about DC. I thought about how much I would love it if I ever went back with a modicum of control over my life, how much it matched my personality.

And now, I visit whenever I get the chance. I try to be in the District at least twice a year, to spend long days walking and eating and taking advantage of the enormous cultural access. I think all the time, both when I am here and when I am not, about why I don’t live here — at least while we’re living in America. In every way it seems to be a good move for me: it’s much more affordable than New York, it is pleasantly devoid of all the skyscrapers I can’t stand, and yet it still has every city-like thing that I wouldn’t want to give up. I sometimes browse rental sites to see what we could get here for the money we’re paying now in NYC. (It’s always a depressing amount more.) But I don’t make the move, and I certainly can’t now that we’ve just moved into our new place, and TFD’s first office.

But more than the hassle of moving, and the nervousness about once again uprooting our little network, there is a real pull of something much bigger that is keeping me in NYC. There is an unspoken expectation that, doing what I do and being the age I am, I am supposed to be in New York. People treat New York as though it’s the only city that exists, particularly in my industry, and imagine that it’s the only “real” city in the country (all of which I find ridiculous). People seem to believe that there are city-ish things you can only get in NYC, something I disagree with firmly. But that cultural capital that has been bestowed on it, and the expectation that bigger things will happen to me as an entrepreneur and a writer, still end up mattering. I am concerned, on some level, with that perception of success, and the imagined proximity to more of it. Even though I only have a meeting once a month at most that warrants being NYC-based, and DC is more than accessible enough for that, I feel that being around that perception is still important. Even though I’ve never met with clients on the West Coast in person, and I know that a huge part of what I do is all about working remotely, there is still a Center of the Universe feel to New York that keeps me, even though I don’t buy into it at all myself.

Realizing this, and truly acknowledging it, makes me think about all the other things that I and others spend on totally for the approval of others. It could be a certain apartment, a big wedding, a stint in grad school, or any number of choices that aren’t really ours, no matter how much we want to tell ourselves they are. And while some people might make these same choices for good reasons — I’m sure there are plenty of people who love NYC and wouldn’t live anywhere else — that doesn’t mean that ours are any less for outside validation. And what does it really get us, in the end, to have spent this money? If we’re throwing an extra 500 dollars out the window every month on rent in a place we don’t even love, what are we getting in return? A feeling that someone, somewhere, is impressed with our choice? Compliments? Not being judged?

None of these reasons are enough, and most of them leave us feeling worse than we did before we made that choice. Because we know that, at the end of the day, its only us who must live in our lives (and with our bank accounts). The people whose approval we crave, or the magic, vague sense that someone is impressed with our choices, all disappear when we lay in our bed to go to sleep at night. And on top of the nagging feeling that we’re doing something wrong, we are often now measurably poorer for having done it. There is an invisible tax we all pay to do things the “right” way, or in the way we’re “supposed” to. We imagine that, stretched before us, there is a list of road signs with certain achievements on them: “Wedding,” “Good Career,” “Owning A Home,” “Having Kids,” and each of them has their price tag. Some we may want to hit, or happen to hit at the time everyone thinks we should, but the ones we don’t or can’t often leave us scrambling to keep up, and feeling like shit in the process.

So I have decided to make 2016, for me, the year of no longer giving a shit about what I’m supposed to be doing. I’ve started by purging my social networks of a good amount of people whom I barely knew, or no longer wanted to, because having them see my every move means that I, on some subconscious level, take their opinions into account. And they should have no bearing, nor should they take up any space in my mind. And beyond that, I’ve decided to stop explaining myself about certain things. If people don’t get my job — or think that it’s real — fine. If people don’t get why I live here, or do this, or wear that, fine. I’m not here to justify my choices, and neither should you be. If I’m happy with what I’m doing, that’s all that matters, and nobody needs to know. If you’re working an extra job on weekends, or decided against a certain job, or are whatever-years-old and “still single,” that’s awesome for you, and no one needs you to do a song and dance about why you made these choices.

And if you’re already committed to something you might not love because it would make someone else happy, remember that in the end, only you need to be. If that means you start taking steps this year to extricate yourself from that decision, good. You shouldn’t waste your money and your mental health on anyone, and it’s not a failure to stop doing something. It’s not a failure to move somewhere and say “hey, I don’t love it here,” and move back. It’s not a failure to quit a job you don’t like. It’s not a failure to stop an education that’s putting you severely in debt and which you’re not even sure you need. It’s actually, in many ways, a huge triumph to stop the bleeding somewhere, admit that you’re human, and change directions. Because what you’re “supposed” to do doesn’t exist, there is only what makes you happy, healthy, and constantly-improving. If you feel good where you are, that’s exactly where you’re “supposed” to be. And if you’re not, even if you have all the things required to impress people, maybe you should ask yourself how to get there.