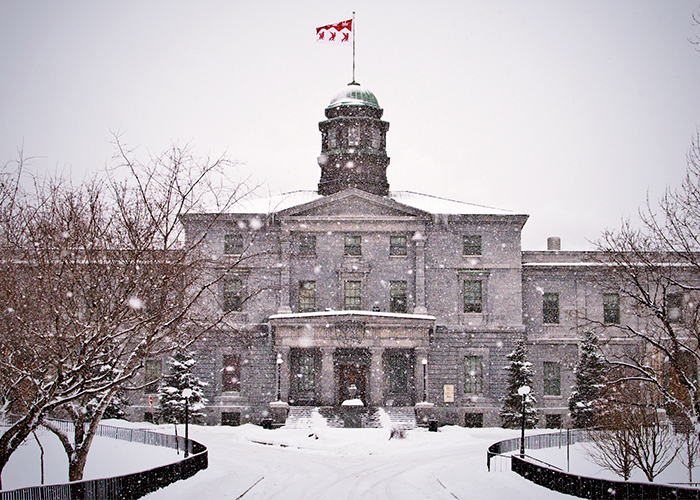 College may not be the moment in our lives where we are most flushed with cash, but that doesn’t mean we’re immune from terrible spending habits. And in an effort to find out the details of what today’s college ladies are wasting their hard-earned $$ on, I asked my readers to submit their stories. Here, their answers:

1. ”I save money by commuting to college, but it’s lured me into a mindset that whatever I do is okay as long as it doesn’t exceed the living costs I would incur on campus. I regularly spend $10-15 on meals when I could very well pack lunches. I buy snack food all the time from lack of preparedness. I go clothes shopping willy-nilly. I don’t have debt, and I know these aren’t the worst things I could be doing. But I should really be taking this opportunity to save and invest more, so that when I do move out, I feel secure and comfortable.” -Taylor

3. “Drunk Uber rides. Every time I go out, I tell myself I’ll take take the subway or the bus home. And every time I go out, I wind up splayed out with my girls in the back of an Uber SUV, with 15 fewer dollars I can use to buy food that week. Uber is a little TOO convenient.” -Emma

4. “I can’t even tell you how much money I have spent on SUNGLASSES. In the past 4 months I have spent about $100 on 6 different pairs. I cannot keep track of them yet I live in LA so basically they’re a necessity and while I usually find bargain pairs (read: <$15) sometimes I’m in a pinch and end up spending like $30, which isn’t bad, but when it happens every month… Not to mention  I spend tons of money on food. I have a meal plan, but sometimes I just want Starbucks or Taco Bell (I know, don’t judge me) or whatever, even though I could just as well go to a dining hall ~~which I ALREADY paid for. Not to mention vending machines… Between class I’ll see a vending machine and it just draws me in and bam I paid about a 300% upcharge on water I could have put in a waterbottle for FREE. Also, just incidentals of me being irresponsible. Going out with things I know I tend to lose (keys, shoes, etc) and losing them and having to replace them. Then comes the shopping… I go to a place like Urban Outfitters and after being in there for a little while they put their spell on me so I think $40 is cheap and I buy some shitty top for a *great deal* yet it’s a piece of crap that falls apart after one wash. Tldr; food/shopaholic/absent-minded.” -Charlotte

5. “I am a senior at Boston University aka one of the most overpriced schools in the country. Just wanted to share what I waste money on as I am about to enter the “real world~” and have been reflecting on this a lot. Once I turned 21, I started spending money on alcohol just because I could. Glass of wine at dinner? Why not? Beer at the pub between classes? Sure, because I can now. Plus, all you’re friends start turning 21 and you are obligated to buy them drinks all night and you wake up the next day with a $60 bar tab.

If I had any advice for girls entering college it would be to go to the school that gives you the most money. I am now $100k in debt because I went to the school with the biggest name. A bachelor’s is a bachelor’s. Don’t let anyone tell you otherwise.” –Becca

6. “Printer ink, because I lost my student ID and can’t print in the library. So instead of replacing the card I bought a printer and spend a fortune on printing drafts of my thesis. Shitty on campus food. Textbooks that I could just as easily borrow and photocopy from the library”-Rakhee

7. “45 dollars worth of beef jerky within one month.” -Jessica

8. “$2,000 dollar road trips to prove my ‘spontaneity.’ The dumbest yet also most awesome decision ever.” -Karen

9. “University apparel- I get so many free shirts and free items for being involved with residence halls and such, yet I still spend a lot of money on additional clothing items I will only ever wear around the house once I graduate.

Scented Candles- Yankee Candle is my weakness, and I will buy their stuff a lot…however I live on campus and can’t have a candle in my room, and candle warmers just don’t have the same level of comfort as actually burning a candle does.

Shoes- I have a lot of shoes. I have about 4 pairs that I wear on a regular basis. However I have 12 pairs in my dorm room currently and two on the way that I saw on the payless website and thought would be great to wear with specific outifts. While I often try to switch up my shoes, I still end up wearing my favorites pretty much all the time and want to get more shoes to avoid repetition.” -Betsy K

11. “Oh lord, the number one dumbest thing I spent money on at school is probably the sheer amount of drunk pizza I order on the weekends. basically any food or coffee I pay for outside of my meal plan is dumb. also cover fees. paying $10 to get into a place where I can’t even get drinks is possibly the stupidest use of my money, especially if I’m already drinking.” -Olivia

12. “I’d say between the coffees to kill time between classes and the aggressive number of pens and #2 pencils to replace the ones I forget on the way to in-class exams and papers. Judging by the massive pile of writing instruments I now have, my forgetfulness has cost me a small fortune, or at least a great pair of shoes. Plus, that doesn’t account for the bookstore candy that gets me at checkout, so maybe two great pairs of shoes.” -Amanda

13. “UGH the dumbest thing I’ve spent money on in college has to be when I went to visit my long distance boyfriend for about a week and forgot my bag with all of my shoes in it at home, so with only the shoes on my feet I went out and bought several pairs of shoes I already had (to go with my planned outfits naturally) so that I wouldn’t look dumb. I hate myself.” –Emily

14. “I think there’s something to be said for college in general. When I was seventeen years old, the only things I knew for sure were that I had to go to a full time accredited college or university, I had to get a degree in exactly four years, and if I chose some kind of alternate path (like a community college or taking a year off to grow the eff up and understand ANYTHING at all) I would fall into some kind of hole in the center of my middle class suburban town and die like the girl from The Ring.

I chose a school in the SUNY system which was a decent amount of time away from home and had what seemed like a flourishing program in my field. By the time I was done applying to 8 schools on the Common App website, there was no way someone was going to convince me to apply to several more scholarships. I pushed forward into college, paying full price for a state education fine arts program which was truly not all that good and allowing my parents to facilitate the loans I was using to do so.

I’m sure they explained loans to me dozens of times. But being the young person I was, I didn’t understand what I was doing until four and a half years later when the (far too many) thousands of dollars I borrowed and their interest were due to Sallie Mae and the government.

Did I mention I’m an actress? In my own defense, I knew I was getting similar training to my friends who paid private tuition to NYU and conservatories, and I knew my choice to go state would benefit me in the long run. And I suppose it did. I have about half of the loans that most people do. But “about half” is still enough to drown a person who is actively pursuing the arts outside of college.

I think our generation has a pretty dire obligation to change the way we discuss college with our kids and within our communities. Looking back, the only reason I am where I am now is because I was too afraid to be the person who stayed home, even if my story was ultimately going to be much more exciting and fulfilling. The immediate social implications of not going directly into a four year college were too much for my seventeen year old psyche to handle. My baby-boomer parents who have worked their hands to the bone were certainly not going to encourage me to slow down either. Everyone loses in a situation where we place so much importance on *any education at all*, rather than the right kind for the right price.” -Marley

15. “Things I buy on campus because I’m too lazy or tired (mostly lazy) to walk to my apartment, which is only like a 15 minute walk from campus.” -Eliza

16. “Every time I take a long subway ride, I buy a magazine at the station to read on the train. However, I always throw it out when I get to my destination because I don’t want to be carrying around a Cosmo all day.  Thinking about all of the money I’ve spent on random magazines makes me cringe.  I need to start bringing a book around with me.” -Anne

17. “Diptyque candles, which are $60 if full sized and make me feel like Gwyneth Paltrow. It’s really dumb, because there are like $20 – $30 candles at Anthropologie that are STILL crazy and overexpensive and have really nice packaging that I could buy, but something about Diptyque’s BRANDING is so appealing? I have like four in rotation at any given moment. I think it’s a “clothes make the man” mentality, like so many of these are — the clothing/apartment decor/candles/expensive Wusthof knives… make the woman? It’s really stupid but I’ll probably keep doing it until I die.” -Anna

18. “I wish it was classier, but food I buy when I’m high or drunk at 7/11.” High me could literally spend her entire life savings on taquitos and slurpees.” -Jess

19. “Driving to visit my ex-boyfriend in Tennessee (I live in Boston). I made that trip several times per semester, and then he ended up dumping me the second he went away for study abroad because ‘he didn’t think he could make the distance work.’ lol” -Maria

20. “Choosing NYU over my state school because I wanted to go live in New York and find my dreams. I blame the song Empire State of Mind.” -Katie

21. “Elaborate and skanky Halloween costumes that I wear once, and then never again. And yes, I did it this year, too.” -Sam