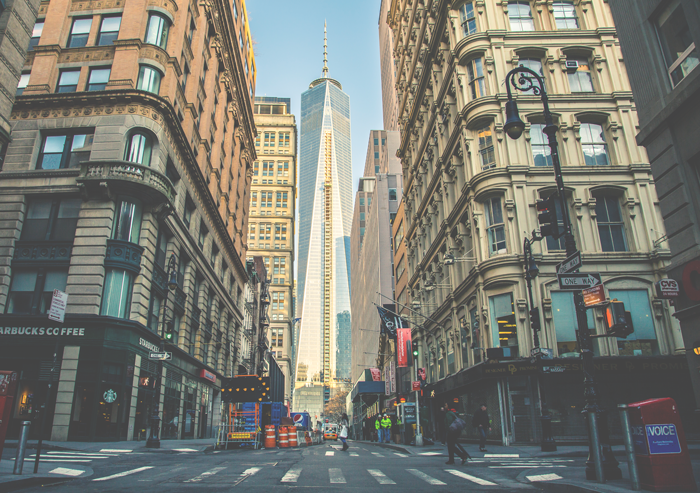 In case we haven’t met, I live in New York, and I waste a lot of money on dumb, unnecessary things. And recently, I decided to find out what some of the other women in this city were wasting their money on — mostly to find out if their habits were similar, or if there would be any patterns. And the answer to both of those questions is a huge, sad YES. (It turns out that our professional lives turn us into spending monsters, Sex and the City has ruined us, and Seamless is the near-universal drug of choice.)

1. “I spend my money on $20 mac and cheese from a restaurant literally across the street from my apartment. Some days you just need what you need and that thing that you need is gourmet mac and cheese brought to your door from half a block away.” -Nik, 23

2. “I have this really bad habit of thinking that because I am a ‘professional woman,’ I need all of this stuff to make me really BE that woman. Like, I will justify the constant purchase of expensive haircuts, manicures, leather laptop cases, blazers, and conservative heels with ‘this is basically a business expense.’ Except that I cannot write those expenses off, and now I have like ten more ‘work purses’ than I would ever need.” -Sarah, 28

3. “Buying or ordering food that i have the ingredients to make at home. like, i will buy a sandwich at lunch even though i could’ve brought one from home if i had just gotten up 10 minutes earlier. i do that shit all the time.” -Jessica, 27

4. “First, I got into waxing for a while and maintaining that shit really adds up. I also have a “fancy lady” complex where if I have an especially rough day I buy myself really expensive cocktails. There’s a $16 drink at Fig 19 with a rose petal floating on top that I buy every time I go through a breakup. I think it comes from some warped SATC-inspired view of adulthood (like I should be out drinking cosmos with my girlfriends and saying things like “I may be single but I’m FABULOUS”). But really, I should probably save the $16.” -Kara, 25

5. “Trendy clothes. Cab fare. Bar tabs. And ordering in rather than cooking. Also: drugs, besides pot, because pot encourages not going out. Pot is a good investment.” -Erin, 31

6. “Beauty stuff. I have spent in the thousands this year alone on hair masks, nail treatments, facials, and teeth whitening. And I don’t actually think I look that much better.” -Simone, 29

7. “I work in an office in Midtown and every day I will go to Au Bon Pain, Le Pain Quotidien, Chop’t, or Pret A Manger (now that I think of it, a lot of fake French places), and get a lunch that costs between 10 and 15 dollars. It never feels like a lot of money in the moment, but it’s like, hundreds of dollars a month, and it doesn’t taste much better than a sandwich or salad I could pack for myself. Just bringing my own coffee, using a refillable water bottle, and packing a tupperware for lunch could save me thousands of dollars a year. Like, literally a round trip to Europe-level money.” -Andrea, 31

8. “When I moved to New York, I had this really fucking dumb Carrie Bradshaw ideal of how I should dress and act. I thought that it was normal to spend a bunch of money on trendy shoes, or that New Yorkers were expected to eat out every other meal. Long story short, I got into 4,000 dollars of credit card debt my first year here. I’ve been here for three years now, and I’m still shaking off the dumb impulses that show gave me. My brain can’t accept that it will never own Manolos if I also want to own a home someday.” -Chrissy, 26

9. “I meet up with people for after-work happy hours because I convince myself that it’s a ‘necessary part of networking in my industry.’ (I work in PR in Manhattan, if you want to know.) Because the drinks and snacks are on special I convince myself that they aren’t really expensive, so I order like two of each, and with tip end up paying at least 20 dollars every time. That’s hundreds of dollars a month, and it’s never done anything for my career.” -Victoria, 24

10. “Mistakes, like breaking a phone screen, or just not following up on some stupid logistical loose thread that ends up costing me money in the long run.” -Annie, 26

11. “I order Seamless either at work or at home multiple times a week. I always hate myself right after, but it feels so good when you’re clicking that button. Seamless is the devil.” -Jamie, 28

12. “I spend a lot of money at wine bars because they somehow feel classier than just going to a normal bar, so I pay 12 dollars per drink, and maybe a cheese plate. I also spend like 50 dollars a month on pot, which isn’t that much, but I don’t even like pot that much. I just have a few glasses of wine and I’m like ‘I want a joint right now,’ smoke half of it, and fall asleep. Don’t put that in, actually. Well, whatever, put it in. I own it.” -Amy, 29

14. “Seamless, especially the same szechuan restaurant I order from literally every week. Remember that scene where Miranda thinks the woman at the takeout place is making fun of her for always ordering the same thing? That scene is me, and it is bleak.” -Hannah, 25

15. “I spend money on makeup, blowouts, and nail art, in huge part for the Instagram likes. It is probably the saddest thing about myself.” -Naomi, 27

16. “When I was looking for a job here, I thought that every other girl in my industry was extremely chic and put together, so I needed to be the same way. I would buy an entirely new outfit for every interview, telling myself that it was an “investment in my future.” I make about 29k right now (at least it’s a job in my industry), I live in a closet in Bed-Stuy, and my checking account will take years to recover from those dumb fucking interview outfits.” -Sam, 26

17. “I realized I spent 260 dollars on Seamless last month. And my actual, real-live first thought was, ‘That’s better than I thought it would be.’” -Carly, 25

18. “Designer coffee. There is this really Brooklyny coffee shop across from my office, and going there every day feels like being inside a Pinterest board. I probably spend 12 dollars a day on coffee alone, partially because that dumb coffee shop is so fucking cute.” -Liz, 32

19. “Saying ‘yes’ to doing shit with my rich friends who are still being helped out by their parents. I say yes, then I always end up regretting it. I really need to get rid of those people.” -Lindsay, 29

20. “Umm, the dumbest thing in my life is my apartment. Since I got on my lease I got a different job where I make less money (it’s a really awesome job, my other one was terrible), but I still pay the same. I pay like half of my salary in my rent, but I’m too lazy to move.” -Andrea, 26