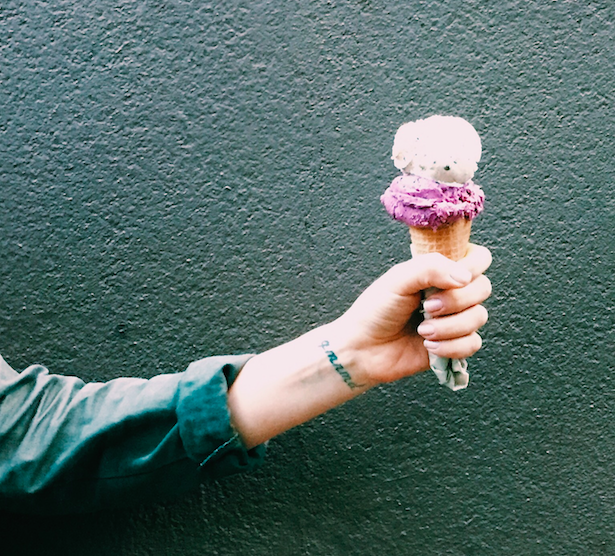 1. Female role models who are imperfect but human, who are judged on the same level of scrutiny as a man, and not condemned to live or die by how attractive they are.

2. A job where she must ask for and work for the things she wants, but isn’t relegated to the position of striving Career Girl who must sacrifice it all to have it all. A job with balance, and respect for the wide spectrum of human life.

3. A relationship in which she is an equal

, in which she is half of the important decisions being made and treated as an active and important part of a team, instead of just a muse or emotional support.

4. Freedom to be healthy and love her body without everything being tied to how it looks. Freedom to need to go up a size, and to feel totally comfortable in doing it, because a number on the back of her jeans is not her worth as a person.

, from trusted sources. The knowledge and confidence to make smart financial decisions, even if she was raised in a household where “girls don’t need to know about money,” because having control and direction over your money is not a luxury item.

6. A raise, when she deserves one.

7. Friends who support and understand her, and who want to talk about everything life has to offer, instead of just their dating lives and how many calories they’ve consumed that day. Friends who recognize that beauty and love are part of life, even wonderful parts, but so are independence, achievement, and personal fulfillment. Friends who make her better.

8. A solo vacation, at least once, where she can sit in a bar or café in a city she’s never been, with a book she’s never read, and marvel at her own ability to make things happen, navigate the world, and enjoy her own company.

9. Financial security that is not dependent on a romantic relationship. The ability to walk away from something that is unhealthy or unhappy, without fear that it will destroy her ability to live normally.

10. Freedom to choose the life she wants without being labeled as “selfish,” “lazy,” or “obsessed.” Freedom to want a life dedicated to family, or dedicated to work, or split between the two, or focused on neither. Freedom to not have to “have it all,” when no one ever does, anyway.

11. A relationship that looks the way she wants it to, without expectation of what “true love” for a woman must look like: the big wedding, the white dress, the 2.5 kids.

12. Cheese fries. With a side of salad, to balance it out. Plus a glass of wine. Without guilt, shame, or a feeling of personal failure.

13. Feminism that fits and understands her, which doesn’t admonish her for human mistakes and shortcomings, which doesn’t hold her to a higher standard of ideological purity simply because she’s a woman.

14. Colleagues and bosses who treat her with respect and confidence, who never demean her for her womanhood or hold her up as an example of the woman who “isn’t like the others.” Coworkers who make the work environment a joy, instead of a minefield of small slights and disrespect.

15. The freedom to wear jeans and tennis shoes with a bare face one day, and a colorful dress with fully-done hair and makeup the next, without feeling that she is “more of a woman” one day or the other. Because a woman is not something you have to prove yourself to be, or a role you play.

16. A relationship where she gets to show the full range of emotion and passion, without being carelessly labeled as “crazy” or “needy” for daring to show anger or love.

17. Aspirations for financial and professional independence that don’t get her labeled as a “ball-buster” or “workaholic,” where a man with similar ambition would be affectionately called a “boss.”

18. A drink, a vacation, an extra scoop of ice cream, without having to justify it by saying she’s “earned it.” Because joy for joy’s sake is okay, too, and the burden of having to justify everything we do for ourselves only detracts from the pleasure we get from it.

20. Comprehensive and competitive maternity leave. Even if we all must ask for it together, louder and louder, until we are heard.

21. Happiness, as she defines it. Even if that just means a new book, a warm blanket, and the cat she has chosen over ever having a child. Because her happiness is hers, and it’s not up for debate.