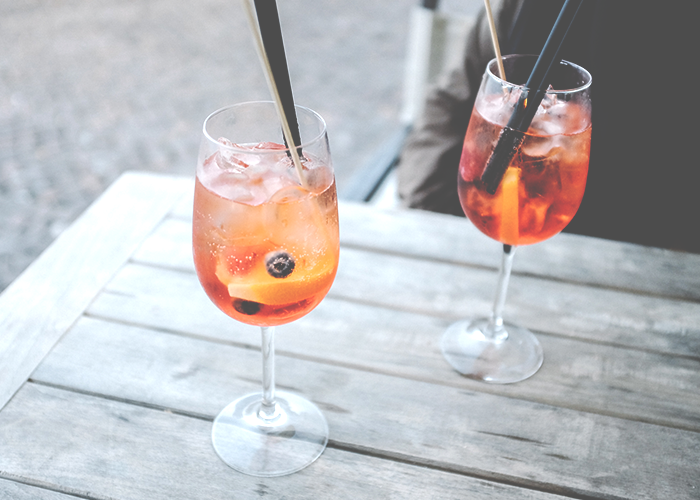 “Live life with no regrets” is a stupid motto. Even as a general idea, it’s impossible. I don’t care what some Marilyn Monroe poster or Bukowski quote told you otherwise — it’s just dumb as hell. In this life, you will do things and wish you didn’t do them, or that you had done them differently. It’s normal and healthy, especially when it comes to your finances. You learn by screwing up. As a teenager and a young adult, I had little-to-no knowledge about money and how to save it. I still don’t. I have credit card bills, loans, rent, and tons of other expenses to worry about, but I still feel pretty financially-illiterate most of the time. If nothing else — at the very wise old age (lol) of 25.5 — I am self-aware about how little I know and how ill-advised many of my choices have been. My regrets about those choices are sometimes profound, mostly just bothersome, and hopefully a little bit funny. Perhaps you can relate to some of the biggest financial regrets that I think you could have at age 25…orrrrrr at least feel superior because you can’t. Here goes.

I went to a four-year university, and although I am glad that I have a college education, my student loan debt is $32,000 and growing every day, even though I pay hundreds of dollars to bring them down every month. I haven’t touched the principal amount. It sucks. It’s a small amount of debt compared to many of my friends, but it sucks. I never even looked at what I was paying for tuition when I was in school — it was stupid. Be conscious of student loan amounts, how debt works, and make informed choices about taking out loans. It’s not going to go away, and it’s not some distant version of yourself paying it. It’s you.

2. Not paying your student loans down immediately

Well, yeah. In addition to regretting the loans I took out in the first place, I regret not paying them off sooner. I wish I’d paid my loans off while I was in school, or saved some money to do so. I could’ve lived at home and paid them off faster, but I moved to Los Angeles. I bought drinks, food, and things I wanted. I paid rent and bills. I’m happy that I moved out, but I could’ve spent my money smarter and paid my loans faster, before they accrued so must interest. Pay your loans first, you guys. Just trust me on this.

3. Not saving money during your part-time job

Get a job as a teenager, at least during the summer. There are very few good excuses not to do this, and the same goes for having a part-time paying job while you’re in college, even if it’s just a few hours a week. Save money if you can. I used to work 30 hours per week at the mall for five years — ages 17 to 22, while I was in school — and I have nothing to show for it. I spent money on food, clothes, and maybe rent (if I wasn’t using loan money to pay it). As Lil Dicky and Fetty Wap advise, save dat money. I’m sorry. I had to.

4. Ignoring the importance of having a side-hustle

TFD is one big side-hustle cult, okay? Accept it. Learn it. Love it. There is always a (hopefully legal, but we aren’t the Feds, so do you) way to make money. Do it.

5. Not listening to your parents’ advice, even when their finances aren’t great

Your parents are probably smarter than you. Sometimes they aren’t. Often times, regardless of their status, they are right about money maxims: save your money, don’t open a bunch of credit cards, and, in general, don’t be a dumbass. Some parents are worse than money than you are, but even then, their mistakes might serve as a lesson. Live and learn, or at least watch someone else live, and learn from them.

6. Loaning a large amount of money to a friend

Just don’t. If you can afford to never see that money again, then do it. Shit happens. People will promise up and down that they can pay you back, but then they can’t. And if you couldn’t afford to lose that money in the first place, then you’re fucked. Only do it if you absolutely could light that money on fire, and even then, pause. Think. Don’t drink and loan.

7. Picking up the check and expecting people to return the favor

Only spend money when you can afford to spend it, period. Don’t expect other people to have the same etiquette as you. You’ll end up pissed off.

8. Not taking care of your health

9. Buying discount gym memberships and class packages because you’ll “definitely be motivated to go if you spend the money now!”

Speaking of taking care, don’t act like throwing money at a problem will make you actually care about the problem. You can run outside. You can buy weights and use them at home. You can take a class once or twice a week. Don’t buy the 30-day unlimited yoga membership unless you’re eating and praying and loving. 90% of the time, you’ll go twice and regret spending $59.99.

10. Not using your parents’ health insurance to the absolute max (while you still have it before age 26)

If you’re lucky enough to be on your parents’ health insurance (and it is good enough that your co-pay isn’t insane), use that shit! When you’re sick, don’t be a hero. Go. When you’re well, go to your check-ups. Get tested. Get screened. Fix that deviated septum. Get braces. I’m about to turn 26 and I’m at the doctor two times per month, at least. My teeth are good. I might even hit up a therapist, if I’m using my dumbass head. Health costs a lot and so does health insurance. Take advantage.

11. Buying tickets to music festivals more than once

I’ve been to Coachella twice. I’ve paid for it zero times. Would I ever pay for it? Absolutely not. Am I snob? Yes. Am I right? Probably. No matter what the festival is, you’re paying hundreds (thousands, even!) to go watch artists play in a field. Just like, don’t. Or go once and then realize that I’m right and then don’t. I don’t care. Sorry, Coachella.

12. Not going to community college before going to university

You’ll save money if you go to community college, point blank. I didn’t do it and I regret it. Barring financial aid at a four-year school that would make it financially equivalent, it’s almost always smarter to do at least a bit at CC (provided you can transfer the credits). My hometown sucks too, but so does being $32,000 in the hole.

13. Buying or leasing a nice car because you ~ earned it ~

You haven’t earned it unless you can pay for the full amount of it right now without batting an eye. Get a safe, pre-owned car.

14. Spending half your paycheck at Forever 21, Asos, Etsy, or a thrift store because your income is “disposable”

I don’t own any nice clothes because I spent all my money on shitty clothes. Learn from my fashion tragedies, please. I sure haven’t.

15. Viewing any income as disposable at all

Save money! Don’t go out to eat! Do you know how much money I spent on Applebee’s in high school? Yeah. Fucking Applebee’s, dude. You can always save. The end.

16. Turning 21 and being a frat party/bar/kegger/generally casual alcoholic

When I was 22, I spent $2,321.00 on alcohol in one semester. Sorry, Mom and Dad. Keep track of how much money you’re spending on alcohol and weed and keep the number low. If you can’t keep track of it, you have a problem. I did. I could’ve bought a car, dude.

Don’t. Ebay. Craigslist. Anything but the overpriced, child-labor made, falls-apart-in-one-month mess that is Urban goddamned Outfitters.

Kids are expensive. Going to the doctor for a colposcopy because you have HPV can be expensive. Cervical cancer is expensive. Paying for antivirals every month because you have herpes can be expensive. Abortions can be expensive. I’m sex-positive, and I don’t think STDs are the end of the world at all, but I’ve spent way more money — on pregnancy tests, trips to the doctor, and things to make me feel better when I falsely think I’m pregnant or have an STD — just putting out fires than just using condoms and protecting myself as much as possible in the first place. You can never protect yourself 100% unless you’re abstinent (no thanks for me, but to each their own), but you can do your best. So just do it, okay? End of rant.

19. Going out to eat instead of teaching yourself to cook

I’m 25, and my most complicated self-prepared meal to date was a piece of salmon, some kale with lemon on it, and a potato. That’s like, not impressive. I’m paying off debts that are due (in small part) to going out to eat. That’s dumb as hell. Learn to cook. Being able to cook is hot. For everyone. Being broke? Also not hot.

20. Living alone and spending a ton of money on rent when you could save by having roommates

Whether your roommates are your parents, your friends, or kind, sane strangers, they’ll save you money. Don’t ball out with your living situation just because you can. Save money, save money, saaaaaave money.

21. Moving in and co-mingling your finances with someone too early

You’re in love, sure. But you don’t need to live together unless you *need* to live together. You just don’t. Breakups are expensive when you’re on the same lease. Living with someone you hate sucks. Think about it.

22. Opening more than one 0% APR credit card and accruing credit card debt because you thought “I’ll pay it down later”

I have roughly $5000 in credit card debt, because I bought things that I needed and waited a year to actually pay the bills, because I could. I could have just not done that. Don’t do it.

23. Taking a job you’re unsure about just because of the salary

Think about it, and don’t do something that makes your stomach turn just because of the price tag.

24. Not taking a job with a good salary because you’re unsure

Having said that you shouldn’t sell your soul…maybe you should sell your soul. Time and place…and debt. Make pros and cons lists, take a real look at your finances, and, if you have to, suck it up.

25. Not getting a 0% APR credit card with a bank you trust sooner

You need to build credit to have credit. There’s a ton of information around on which ones to start with, so read up! It seems backwards, but a little debt that you pay off to zero (or close to zero) every month will go a long way. Go forth in the direction of good finances. Or your dreams, or whatever. Just please don’t go to Forever 21. Trust.