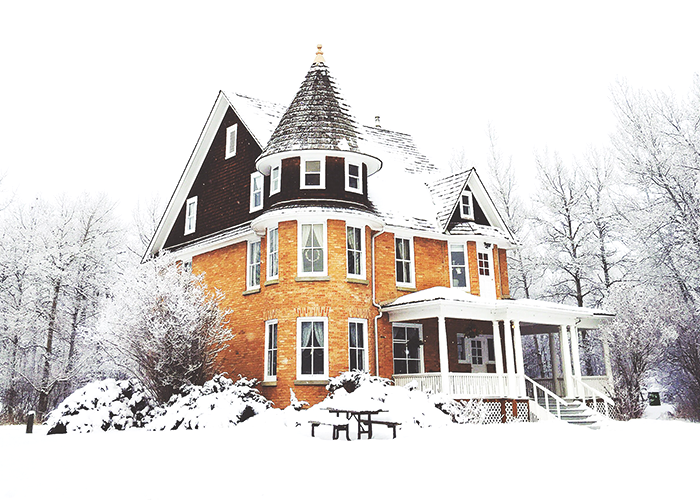 Building a holiday budget sounds like the opposite of a merry good time, but it’s not as bad — or nearly as difficult — as it sounds. This past weekend, I realized that I hadn’t even started my Christmas shopping yet, and hadn’t gotten into the real swing of the holiday season yet (minus my tiny tree, which took about two minutes to set up). Before I dove into it (aka fired up Amazon on my laptop), I sat down and wrote out a gift list — and the approximate amount I wanted to spend on each person on my list. That turned into a list of the parties I’ve already committed to attending, and what I thought I might end up spending on each of them. And in true personal finance nerd style, that turned into a detailed spreadsheet to tally up everything I plan on spending this holiday season. AKA, a holiday budget.

So if you, like me, are still trying to get your head around the fact that oh god, it’s already December, and you need to figure out how you’re going to swing this month financially? I have got you covered, fam. Literally none of this advice is related to cutting out lattes, or giving up the parts of your holiday season that you love the most, in the name of saving a few bucks. No, instead, it’s a series of steps that will help you figure out what spending you should be doing, and how to get a realistic picture of your holiday spending in the context of the rest of your life.

If there are things that you absolutely love about the holidays, prioritize them! Whether it’s traveling to see family (or traveling to avoid family — no judgement) or buying nice gifts for your loved ones, make sure to account for spending on those things in your plan — AKA your budget. To help find money to support those priorities, you should also figure out what’s not a priority.

I know that, no matter how much money I spend, I’ll never be the best dressed person at the office party, or be able to bake like Martha Stewart, so I specifically don’t spend money on new outfits or specialized baking gear during the holidays (even though, confession, I still want to sometimes). That way, I can afford the $8 eggnog that becomes a weekly indulgence during the holiday season. Because to me, it’s divine, and worth every penny. Take some time to really work through what’s most important to you during the holidays, and how much you can afford to spend on those things. Then, because the holidays aren’t actually a solo affair, ask your loved ones — especially immediate family and partners — what makes the holidays great for them. This can lead to some awesome conversations, and might end up saving you all money if you agree that certain things really aren’t a priority this year.

This is the step that looks most like “traditional” budgeting. It’s where you look at all the different categories of things you think you’ll spend money on this holiday season, from parties to gifts, and you add them all up to figure out how much the season will really run you. While it’s easy enough to make a list of all the gifts you need to buy, it’s just as easy to forget the little — and not-so-little — costs that add up over the season.

That’s why I made a holiday budget calculator. It has areas to fill in and estimate how much you think you’ll spend on all of your holiday-related costs, and it tallies up what all of your planned spending will look like. It walks you through everything from what you’re going to spend on an Uber home from the office holiday party, to how much you’re going to spend hosting friends — and if you know what your priorities are, you’ll be able to quickly see if your planned spending lines up with them or not. It’s how I’m planning my holiday spending, and how I realized that oh shit, the holidays really are going to cost more than I thought they would. And that’s without any travel, since my family is mostly local.

3. Get On Track For Next Year

I know, I know, I’m a broken record about the whole tracking your spending thing, but it really is one of the most powerful things you can do for your money. That’s why, instead of just using that calculator to make a plan for my spending, I’m also going to be updating it with what I end up actually spending on planned things and not-so-planned things this holiday season. By the end of the month, I’ll be able to see how accurate (or, ahem, inaccurate) my plan was, and I’ll have a great idea of how much I need to plan on spending next year. If it’s way more than my monthly income can support? Then I’ll also know I have to figure out some kind of savings plan to make sure I’m covered for next year.

Based on my plan, it shouldn’t be that much, but if there’s one thing tracking my spending has taught me over the past 18 months, it’s that until you actually get into the details, you have no idea what’s really up with your spending. True story. So if you’re convinced, and you want an easy way to both plan and track your holiday spending this year, grab your copy of my holiday budget calculator now!