3 Rules For Being An Independent Bitch 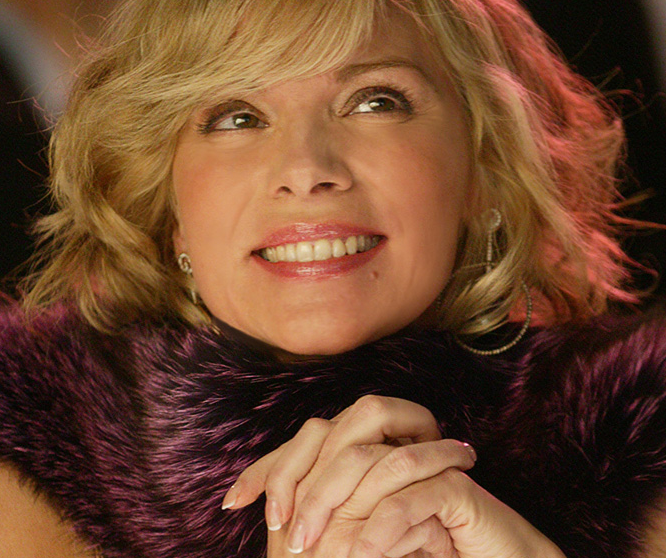 If there is one thing that is important to me in life, it’s being independent. I’ve felt what it’s like to rely on the (waning) patience and generosity of others, bounce around on couches, and be constantly outrunning the law and my own obligations because I could not get my shit together. Pretty much every bad thing that can happen to someone who doesn’t maintain their own independence — from being arrested to having my possessions taken to pay off a debt — I’ve lived. So now that I have a modicum of control over my own life, my biggest goal is making sure that I will never again be in a situation where I cannot manage my own life while keeping my sanity (and dignity). I need to be able to rely on myself, and myself alone.

Now, I am in a relationship, and have been for a long time, but earning my own money and living my own life has always been of utmost importance, and being with someone else has done nothing to change it. We never know what will happen in a relationship *crosses self like a Catholic*, and if we’re not prepared for the time when we’ll be on our own, it can end in catastrophe.

In writing about personal finance, I’ve listened to a lot of stories about what happened when women found themselves alone and unprepared, and investment experts have told me over and over that the majority of women don’t even consider their own investments until major life events like divorce, death, or grave illness. I never want to be in that position, and while becoming rich is not my goal, being able to say “I have control over my destiny and can pick up where anyone leaves off” definitely is.

I measure my financial happiness in freedom. Freedom to quit a job, freedom to say “no” to certain jobs, freedom to travel, freedom to find a new living situation. I truly believe that the “money can’t buy you happiness” mantra is only true in the sense that “having more than a certain amount won’t add extra happiness,” but having a baseline level of independence is crucial to building happiness, and a big part of that is your finances. Whether you like it or not — and I hate it, personally — earning a certain amount (or, more importantly, saving it) will always be essential to living the life you want on your own terms.

I want to be an independent bitch. I do my best every day to get there. And these are the three biggest rules I’ve learned in my journey thusfar.

One of the things that I find hardest about working hard and ~getting my shit done~ is social media, and the pressure to make everything look effortless and good while doing it. When I was having to supplement my writing income with tutoring, nannying, and other odd jobs, I would do my best job to downplay the less attractive elements as much as possible. I didn’t want people to see me not living my “best life,” and had it stuck in my head that “projecting success” was important to actually having it.

And to a degree, yes, you don’t want to put yourself out there as someone who is someone who is struggling to make ends meet if only because it will lower your value when it comes time to pay you, but the truth is that you don’t really have to post anything on social media about your work life, except the exciting announcements you want to. You don’t have to look a certain way to anyone, and you certainly don’t have to curate your Instagram into a flawless feed of someone way more successful than you actually are. It’s only important that you know you’re working hard, doing your best, and making positive moves for your own future.

Accept that sometimes your life will have to catch up to your aspirations, and in the meantime, you’ll have to be humble and quiet and keep your work offline. Don’t worry about looking like you’ve already climbed the mountain when you’re at base camp. Just start climbing.

2. Always have more than one stream of income.

I know girls who babysit a few nights a week after their full-time gig. I know girls who do editing work at night, in the morning, and on weekends, on top of their actual writing job. I know girls who are constantly trawling Craisglist and industry forums for freelance work. I know girls who have a mini portfolio of investments quietly earning while they go about their lives and do their best to put away the max amount every month. Basically, I know a lot of Independent Bitches who are always looking at how they can build themselves the future that they’ll actually want to live in.

But it’s about more than just earning more money, or putting more of it away (though that is a part of it). The real point is twofold: One, even if you lose your job, you’ll never be able to lose every stream of income. You’ll always have something remaining when something else is taken away, and that provides a huge sense of security and confidence in your day-to-day life. And two, it’s often in the side work we do that we find bigger and better things. Always keeping yourself hungry, curious, and sharpening your skill set only makes you a more desirable, flexible worker in a variety of markets. Getting complacent in a 9-5 and coasting through your regular work is the quickest route to obsolescence.

The girls I know who are hungry and always looking for a new side hustle are, without a doubt, the girls who will be living their best lives as they get older. They are creating a beautiful web of options, financial security, and diversified skill sets, and are never content to rest on what they know or have already done. They look forward to being able to kick back one day, but they know that now is not the time, and the best thing they can do now is work hard to pay it forward to their Future Selves.

Perhaps the biggest key to becoming a true Independent Bitch is surrounding yourself with other people who share this mentality. My life has improved by a factor of about a thousand since whittling my circle down to a small, mostly-female group of truly motivated, eager people. There is no envy, no bad vibes, because we’re all incredibly happy for one another and do what we can to help one another while helping ourselves.

I’ve had amazing working sessions with friends from different fields where we spend the day talking work and helping each other, doing both technical and creative stuff, and then go out for an amazing night on the town at the end. I’ve had girls help one another with money stuff, giving advice and even helping construct a budget. I’m in several email threads at all times where we’re talking about plans for the year, exciting things that are happening, and plans we have to do fun things like trips ~just between us~ or visiting each other. We’ve gotten each other interviews, freelance gigs, and even full-time jobs. We celebrate one another’s professional successes and ask for productive, serious advice on our missteps. And while our friendships are not based on our professional lives, being able to keep each other motivated and inspired is a huge part of our connection.

I feel blessed to say that I have a good handful of girlfriends like this — maybe six or seven, from different “worlds” in my life — and as someone who used to take pride in “having more guy friends” just for the sake of it, I can officially say I don’t know how I lived before. I know that I wasn’t nearly as happy or successful, though. I can say that I didn’t know the joy that truly is a group of hard-working, positive, inspiring women. And now that I do, I can never go back, if only because a hard-earned vacation amongst Independent Bitches is the most fun and fulfilling you will ever have.