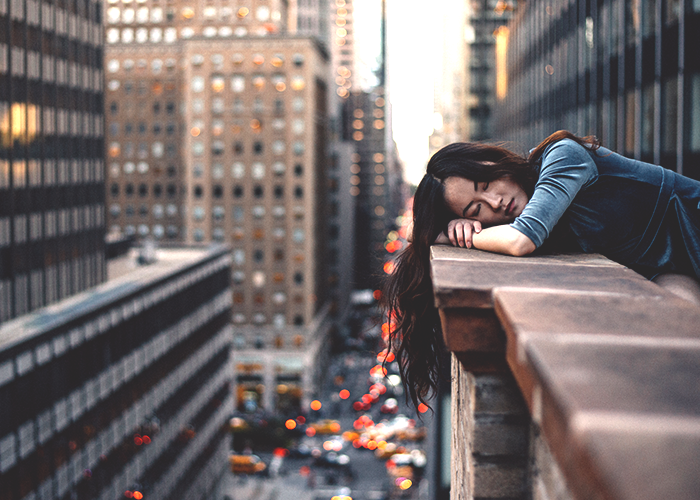 All day long we’re pelted with advice, from morning talk show segments, to our overbearing cubicle mate, to our Twitter feed.  “Don’t do this!” and “Make sure you always do this!” and “You’re doing that? No wonder you aren’t achieving your goals!”

Though some of that advice is absolutely worth taking, not all of it is. And you may be happy to hear that some of those “bad habits” that are extremely hard to break actually aren’t all that bad after all. It turns out that some of them can, in fact, foster innovation and productivity.

How many times have you had the morning routine of some successful entrepreneur or CEO shoved down your throat? If they wake up three hours early to cook breakfast and meditate, shouldn’t you? But when you wake up with an alarm, you’re interrupting your natural circadian rhythm. This can put you in a funk for the rest of the day, regardless of how many hours of sleep you’ve logged. Sleeping in until your body naturally wakes up, on the other hand, may make for a more productive day.

Till Roenneberg, professor at University of Munich’s Institute of Medical Psychology, has made a career out of studying what he calls “social jet lag” (our wonky sleep schedules due to forced wake ups) and human circadian rhythms. He’s found a correlation between disrupted biological clocks and obesity, getting sick, depression and even an increased likelihood of smoking (a bad habit that really is worth breaking). Contrarily, sleeping until you reach that natural “waking up” point in your circadian rhythm can prevent you from having to go through the day feeling groggy and unrested, which is obviously not the most productive state.

We’ve all felt the guilt of putting off a task. While the pressure to meet your deadline or respond in a timely manner is a good thing, procrastinating a little bit can prove beneficial, too. Putting your to-do list off until the last minute can help you determine what’s a priority and what isn’t, and it can also help you tackle a creative task more efficiently since you’ve had extra time to process and think about it.

In his book, Wait: The Art and Science of Delay

, Frank Partnoy, argued that you should take your time with decision-making and not feel so guilty about putting a task on the back burner. He argued this is especially true for major decisions, but the advice can be applied to your everyday tasks (such as responding to emails), as well.

“I think we need a shift in mindset, away from snap reactions toward delay. Innovation goes at a glacial pace and should go at a glacial pace,” Partnoy told the Smithsonian. “Isaac Newton did not have an apple fall on his head. Thomas Edison didn’t suddenly discover the light bulb. Tim Berners-Lee didn’t suddenly invent the World Wide Web. If we are going to be able to resolve long-term problems, we need to create new structures where groups of people are given long periods of time without time pressure and can think in a think-tank like way.”

It should come as no surprise that our emotions affect the way we behave, and can even affect our health. And anger is one of those emotions we’re encouraged to keep under control. But numerous studies, including one lead by scientists at the University of Valencia, have found that when people feel angry — versus stressed, anxious or fearful — their cortisol (the “stress hormone”) levels decrease. Cortisol levels are natural in appropriate amounts, but channeling your anger into fear or stress can increase cortisol to unhealthy levels, which has been linked to bone loss, obesity and heart problems.

The research also found that the left hemisphere of the brain is triggered when you’re angry, which can lead to better decision making and help you resolve the problem.

“The case of anger is unique because it is experienced as negative but, often, it evokes a motivation of closeness,” said Neus Herrero, co-author of the study. “When experiencing anger, we have observed in our study an increase in right ear advantage, that indicates a greater activation of the left hemisphere, which supports the model of motivational direction.”

So even if you perceive anger as a negative emotion, it can actually stimulate your brain in a positive way, and helps motivate you to figure out what the problem is and fix it, versus sulking or stressing over the issue. As with everything, there’s a balance. Constantly feeling intense anger or snapping thoughtlessly at others is never a positive, but properly accepting when you’re feeling angry and channeling that emotion, on the other hand, is a “bad habit” that’s really quite good for you.