Click here to join The Society at TFD!
College / Living With Debt 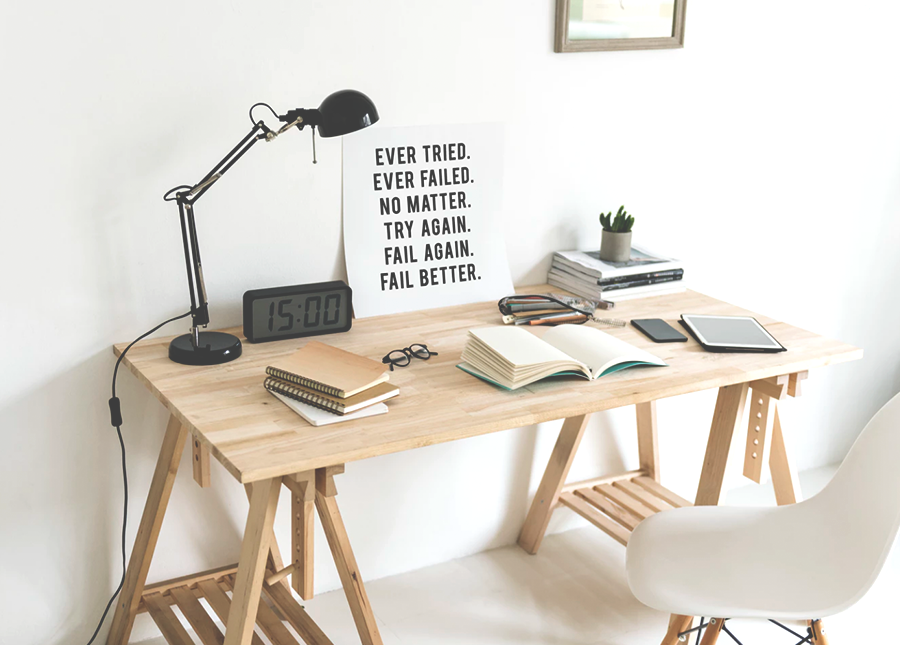 I understand the mixed emotions when you think about paying off a significant amount of debt. Excitement quickly turns into discouragement. Sending in larger payments only to receive a statement that looks about the same as it did the month before feels like a losing battle. Trust me — it’s not. If you’re able to push past the emotional and psychological resistance, strength and confidence do eventually take over.

Right after I decided to pay off my student loan, I recall staring at the $58,000 statement balance thinking, What’s the point? Eighteen months later, the loan was completely paid off! Let me tell you how I did it.

1. Save Money Wherever You Can

Step #1: Go through your budget with a fine-tooth comb and free up as much money as possible. If you have any loan debt, shop around to see if you can save money by refinancing.

Getting out of debt is about momentum, therefore psychological victories are critical. I understood that cutting unnecessary expenses was an easy win, so the first thing I did was scour my budget for opportunities to free up money. That process didn’t yield a huge amount, but it helped. I immediately applied everything I saved directly to my loan balance.

The other thing I did to save money was refinance the debt. One day at lunch, my coworkers and I were discussing the interest rates on our student loans. None one at the table seemed pleased with their current rate. This prompted me to do an online search for companies that refinance student loans, and I found a company called SoFi. I proceeded to complete an online application and they told me what my interest would be right there, on the spot. Refinancing my loan brought the interest rate down from 6.5% to 4.2% and increased the amount I was paying toward the principle.

Step #2: Pick a debt, any debt. Target a bill that you believe you can knock out and go after it. Be sure to tell someone about your plan. That will help you own the goal and hold yourself accountable.

Getting out of debt does not happen overnight. It’s good to establish some specific goals to keep things interesting. Not only does it feel good to hit new milestones, but there is power associated with setting specific goals.

The second thing I did was set a goal for the amount I planned to pay each month. I started out paying around $800. However, it was still going to take a while to pay off the balance, so I set a goal to pay $2,500 per month. That goal seemed very outlandish at the time. I had no idea where I would get an additional $1,700 every month, but I wrote it down anyway.

After I set the goal, things really began to open up. It took about six months for me to make the first $2,500 payment. Three months after that, I was consistently paying more than $2,500 every single month. I stayed focused, kept praying, kept working, and things turned out very well.

Step #3: Research things you could do to make some extra money, pick one or two that work well for you and go at it as hard as you can.

Increasing your income is almost always an option. We live in the world’s most prosperous nation, and there is no shortage of money-making opportunities. If you’re thinking about getting out of debt, bringing in some extra money is the fastest way to do it.

The third thing I did was look for part-time work. Schedule restraints made it difficult for me to find a traditional part-time job like retail or food service. I needed something with more flexibility. A friend told me about an opportunity to become an independent contractor with a well-known energy company. At the time, they were looking for individuals to perform site inspections at different gas stations. I wasn’t crazy about the idea, but the work provided enough flexibility for me to set my own hours. I worked evenings and weekends inspecting gas stations across the Southeast.

The first assignment I worked paid only $34. It wasn’t encouraging, but I had to start somewhere. Over the next six months, I gorged myself on as many of those jobs as I could handle. Then out of the blue, I landed an assignment that paid $1,800! Two months after that, I found one that paid $3,000! All this extra money went to pay off debt.

When it comes to making extra money, there are a ton of opportunities out there. You could:

It’s just a matter of getting out there to see what you can discover. I had to find something that fit my schedule. It’s not always easy to find the right fit, but if you’re serious enough, you’ll make it happen.

Getting out of debt is a three-step process.

Cornelius Davis Jr. has worked in public service for 18 years. Currently, he works with the U.S. Department of Transportation as a Transportation Specialist. He is also a Financial Coach and the author of Want to Change Your Life? This is How You Do It.