3 Times My Credit Had a Major Impact on My Life 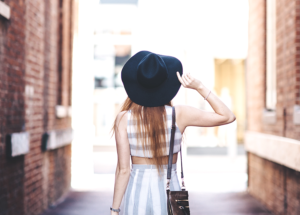 This article is brought to you by CreditRepair.com.

It wasn’t until I took a class on family finance in college that I learned the finer details of what good (or bad) credit can do for you. Our professor stressed that establishing, maintaining, repairing, and monitoring our credit would be critical to our financial success. But as with many things I learned in school, I didn’t fully understand the practical applications of what I’d been taught until years later. Since graduating, I’ve had my credit checked dozens of times, for everything from getting a cell phone plan to determining whether or not I could qualify for a loan. To illustrate just a few of the important ways your credit can affect your life, we’ve teamed up with CreditRepair.com to share three moments when it had a major impact on mine.

1. Applying for a car loan

Shortly after graduating, I decided to buy a car so I could stop relying on a friend for rides to work. I figured it’d be easy to get a loan since I’d been responsible with my low-limit student credit card. Instead, my local credit union turned me down, citing my credit score and scant credit history. It didn’t matter that I’d avoided making any major financial mistakes; in their eyes, I simply hadn’t had credit long enough to justify the risk of loaning me several thousand dollars.

My parents, bless them, stepped in unprompted and volunteered to cosign the car loan. Unlike the credit union, they trusted me and weren’t at all worried about my ability to pay back the loan. Since their credit score and history were much better than mine, the credit union practically wrote a check on the spot. Still, getting denied for a loan was a major wakeup call for me. As generous as my parents were, having that loan on their credit history also impacted them. The amount of debt someone’s carrying affects their credit score, so even though my parents didn’t pay a single cent toward that car loan, it still showed up as one of their liabilities. Consequently, I threw every spare dollar I had into paying off the loan quickly so it wouldn’t weigh them down.

While I still own that car, I’m keenly aware of how lucky I was that my parents were both willing and able to help me. But that’s simply not an option for a lot of people, and in those cases it could be worth turning to a company like Credit Repair, which works with you to develop concrete, actionable plans to tackle your credit, while working to dispute negative claims that could potentially be wiped from your history.

When my roommate was surprised with a promotion that required her to relocate on short notice, I abruptly found myself needing a new place to live. While I could’ve looked for a new roommate, I didn’t want to risk a disastrous situation with a stranger, so decided to strike out on my own even knowing that money was going to be tight.

That’s where credit came back in the picture. All of the apartments I looked at hyped up great move-in specials only to note with an asterisk that you could only get the deal “on approved credit.” A few quick calls confirmed that if I didn’t meet their credit standards, I could still be accepted as long as I forked over additional deposit money — often amounting to a full month of rent, up front. Since I wanted to live on my own, I couldn’t count on someone else’s credit score or have someone split the deposit with me.

Fortunately, I was in a much better position than I’d been when I first applied for a car loan, as I’d been actively working to improve my credit score in the years since. When I found a place I liked, I was approved for that special great-credit-only deal, which saved me $540 in additional moving costs and allowed me to leave my emergency fund in tact.

About two years ago, I found another perk of good credit: rewards credit cards. Instead of just shredding all of the credit card offers that came in the mail, I started opening them up, reading the terms, and looking into what all the talk about points and cash back meant. As it turns out, there are entire websites dedicated to “churning” — a practice in which people take advantage of credit card bonuses to get free airfare, hotel stays, etc. I quickly learned that the most valuable cards tend to require the best credit scores. The amount of information was (and still is) overwhelming, so I applied for just one card and was accepted.

Though hitting the minimum spend on my card took a little planning, I eventually earned a hefty sum of reward points. So far, I’ve cashed in on miles to visit one of my best friends twice. The rewards points transformed $228 round-trip tickets into petty cash.  All I had to pay for out of pocket was the $5.60 September 11th Security Fee.

Right now I’ve got my eye on a round-trip, non-stop flight to Toronto to visit another friend. If I were to pay out of pocket, those tickets would cost about $550. With the reward points I’ve stockpiled, I’ll only be out a couple dollars. In short, having good credit has given me access to what is essentially free airfare, and that has expanded my travel opportunities immensely, even if I’m not a hardcore churner.

Nowadays, I’m mostly concerned with how my credit will impact my future. Someday, I’d like to own a home, which is a gigantic financial decision — or, more accurately, a series of financial decisions and strategies that will unfold over months, if not years. One of the most important parts of that process is making sure I’m financially healthy enough to borrow hundreds of thousands of dollars, and to do so at the best possible rate.

I know people who work in the mortgage industry, and they all have stories about hopefully home buyers getting denied loans because of their credit scores and histories — people sunk by forgotten store credit cards that went to collections with minor balances, or old debts that were paid off but still mistakenly marked as delinquent. Even undiscovered identity theft can ruin your score. Making sure your credit score and history are as good as they can be before going into the frustrating (and sometimes soul-crushing) task of house hunting is absolutely essential. That’s where a service like CreditRepair.com can step in to ensure you present your best possible face to the bank. I’m still a long way off from buying a home of my own, but in the meantime, I’ll be keeping close watch on my credit.