3 Totally-Free Tools To Keep You Informed This Election Year 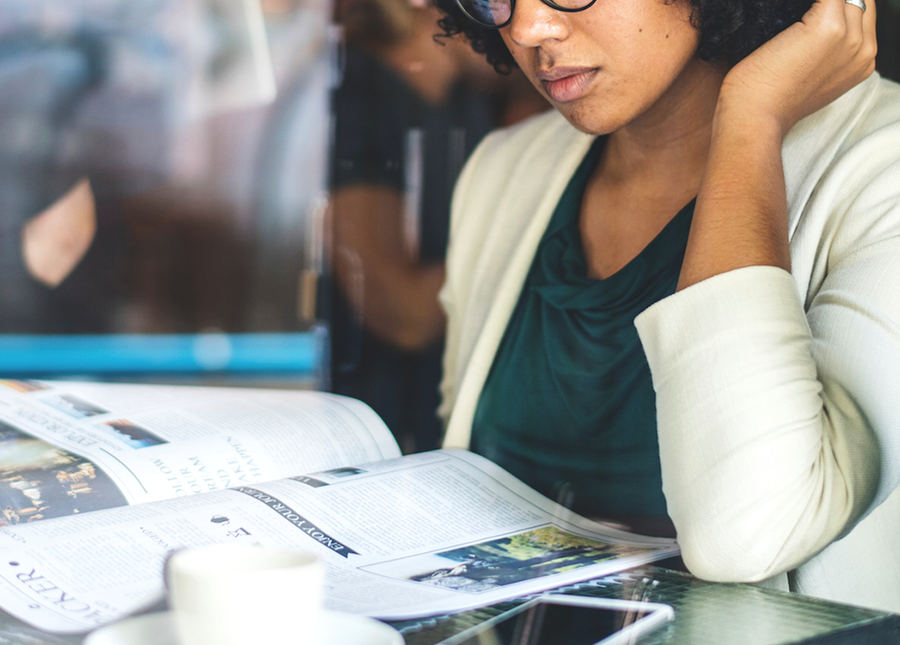 I’m going to be honest — although I always vote, every single time, I’m feeling overwhelmed these days. I’m staying aware of the big-picture news, but I haven’t been paying close enough attention to the changes thrust upon our country these past few months. Outside of the inescapable (Muslim travel ban, attempts to replace Obamacare with a half-baked plan, “tax reform,” etc.), I’ve felt my head going further and further into the sand.

As depressing as it is to watch this administration knock down elements of our country that I (we?) value, that’s no excuse for ignoring the political sphere altogether. And now, here we are with another election coming up, and I’m hoping people use this opportunity to start reinstating the values they hold. I know I’ve already shared my favorite voting hacks, but we can’t just suddenly play catch-up whenever an election suddenly creeps up on us — although, hey, it is better than nothing.

So, for the so-called offseason, here’s how I stay informed about the ever-changing political sphere, without diving head-first into the nearest bunker.

I’m guilty of wasting time on Reddit every morning, but it works! I subscribe to a handful of political and news subreddits (AKA the targeted feeds) and scroll through them daily, breaking up some of the “oh god the world is going to end tomorrow” panic with pictures of cute foxes and raccoons, because it helps.

My favorite subreddits for news are:

This is such a great service! Just by signing up and sharing my general location, Countable has connected me with my Congress and Senate representatives, and keeps them accountable (get it?). Every time my reps vote on something potentially divisive or impactful, I get a neat little email detailing what was on the docket, how my rep voted, and where it’s going from here. Countable is also great for sharing my opinions with reps before big votes — for example, with the fun attempts to  update our healthcare. Countable presents the issue succinctly and asks users to vote, comment, share on social media, or — better yet — reach out to your rep directly and voice your concerns.

This service basically demystifies a lot of the  work being pushed by our government! Seriously — if you join anything, make it be this one.

Another great location-based tool! iCitizen takes your zip code and spits out the issues currently up for debate. If you have an account, you can vote on each, and see how other citizens have voted as well. This is a service not just for us mere underlings, but also for our representatives to see how their constituents may vote on certain issues. Some of the polls I’ve seen include:

Do you approve of Donald Trump’s presidency?

The Hearing Protection Act introduced to Congress in January removes “silencers” or sound suppressors from the Internal Revenue Code’s definition of “firearms,” which would make it easier for individuals to purchase them without the background checks required for firearm buyers. It also eliminates a $200 tax on silencers.

Supporters argue that silencers protect the hearing of gun owners and enhance recreation opportunities, while critics of the bill believe that the sound of a gunshot is a safety feature that alerts others to potential danger. Overall, do you support or oppose legislation that would make silencers easier to purchase?

Turns out 46% of users strongly oppose this legislation (myself included), 17% somewhat oppose it, and only 37% strongly or somewhat support it.

Who do you think has the most ability to influence Congress regarding impeachment?

What’s even more interesting, though, is that you can break down the results of each poll based on the user demographics, based on age, gender, ethnicity, political party, education, and geography. For us data nerds, it really paints a picture of our nation.

So there are three easy, low-barrier-to-entry tools that keep me informed on the day-to-day. When I want to get my political news with a dose of sarcasm, I turn to Samanta Bee and John Oliver, and I make it a point to listen to NPR daily during my commute.

Still, I get the sense that I’m in my own bubble. I don’t trust personal social media feeds to give pertinent or accurate news, so those dissenting opinions (and agreeing!) are out. I’ve looked on subreddits that hold more conservative views than mine, but each time I find myself upset and offended by the comment section rather than intrigued by the news, thanks to the blatant sexism, racism, and antisemitism.

If anyone has ideas for consistent low-barrier-to-entry news feeds that aren’t just an echo-chamber of my own views, but doesn’t look to segregate and offend, I’m all ears! Until then, I’ll keep using these services to try and stay informed as our country  experiences these interesting times.