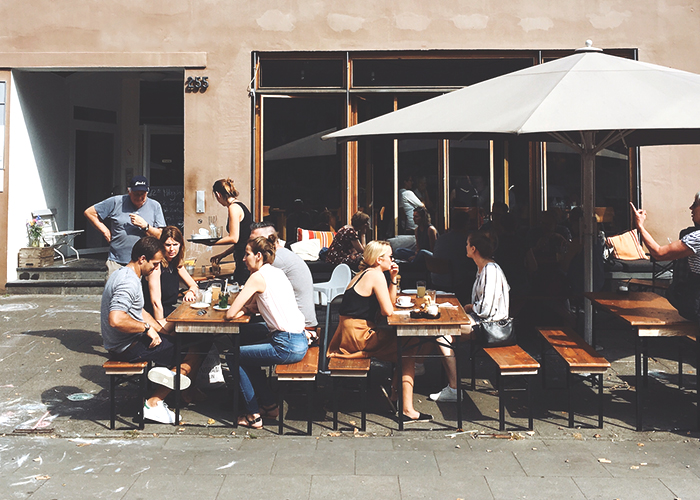 There are no two ways about it: Money, and how people choose to spend it, is an entirely personal matter. It is nearly impossible to compare people’s budgets, or to judge someone’s spending, when we all have different needs, wants and commitments. My friend will buy an expensive cup of coffee every day from a café, and that is something that I never do. But it isn’t for me to say that that is an unnecessary expense; he gets far more pleasure from that coffee than I would, and he probably thinks a few of my purchases are superfluous, too. When talking about money openly, as we do here on TFD, we have to accept that we’re all different and there is not, and never will be, a one-size-fits-all answer for personal finance and budgeting.

That being said, straight out of university, I earned myself a place on a two-year graduate program in financial services. As a result, it meant that there were 13 other graduates all at the same stage in their careers, all doing similar work, and all openly earning exactly the same amount. I thought this would be a perfect opportunity to view how others spend money. With every purchase my colleagues made, I would know exactly how much of their take-home pay they just spent, and how much it would theoretically impact their finances. Furthermore, as we were all young graduates just making our way in the city, we were all open and honest about our rent payments, in order to help others find affordable areas to move to and the pros and cons of certain areas.

I couldn’t believe it; I thought that this would be the most financially-honest time of my life, where I would be able to talk about money entirely openly to my friends, knowing full well that they earned the same as me for doing a similar job. No one was being underpaid or undermined — we were all equal. Or so I thought…Here are a few surprising things I learned being in this situation.

1. People are always secretive about money.

I thought that, because we all earned the same, and we were all at the same point in our careers, we could all be honest with our similar experiences. But I soon learned that people were trying too hard to keep up certain appearances. When I was talking to my friend about how much he was able to save a month, he was quick to tell me he couldn’t save much, because 45% of his salary went towards “rent.” What he neglected to say was that he was living in an apartment owned by his parents. So “rent” was actually a monthly payment to his parents, which they then invested for him in smart ways, and he had access to this money whenever he wanted. I thought this was simply ridiculous; in order to try and assimilate with the rest of us, and appear as though he was going through the same struggles, he completely denied his vast privilege of having an incredibly wealthy family. Later on, I found out that various other grads still had a parent’s credit card and were using that in tandem with their salary. So even when I thought we were earning the same, they were able to justify purchases of 50% of our monthly take-home pay, and I couldn’t rationalize how they had budgeted for something so luxurious.

2. There are some things you will just never understand.

One of the girls I was closest to in the program lived a very similar life to me. While we both had privilege and lived relatively comfortably, by no means would we be considered “well-off.” My friend lived further outside of London than I did, so she paid nearly double what I did on commuting — 20% of our monthly salary, to be exact. Other than that, our spending habits seemed identical; she went out just as often as I did, went to the same type of restaurants, and went on similar holidays. Yet to my surprise, she was able to save 60% of her monthly salary, while I was barely saving 30%. To this day, I still can’t work out how there was such a difference. I’m sure if I went through our bank statements, I would see where I am racking up the extra costs, but just short of that, I am baffled — and that is okay. Being frank about money is one thing, but sifting through a friend’s bank statement is a whole other story!

3. You can’t judge a financial book by its cover.

One of my colleagues was very honest about his finances, privilege and all. While his parents did not support him in any way via credit cards or buying him an apartment, it isn’t to say they couldn’t — this guy came from huge wealth. He went to an international school, lived in numerous countries before he was even 10, and his parents owned a friggin’ boat for god’s sake! While I was working two jobs in school to contribute to the family income, this guy was sailing around in the family boat in the Mediterranean. When I heard about his upbringing and the privilege he was from, I thought this guy wouldn’t know the value of a dollar. Boy was I wrong — this guy was savvy af. He could definitely teach me a thing or two about personal finance. Everything from cycling 12 miles to work every day to keep commute costs down, to subletting the room he rented in London while he went home for the holidays — he had it on lock down.

It just goes to show that even if we all earned the same amount at similar stages in our career, and were more open about rent, we would still face the same challenges regarding openness with personal finance. So keep being open and honest about your finances, because we still have a long way to go before we talk about money as openly as sex or our social lives!