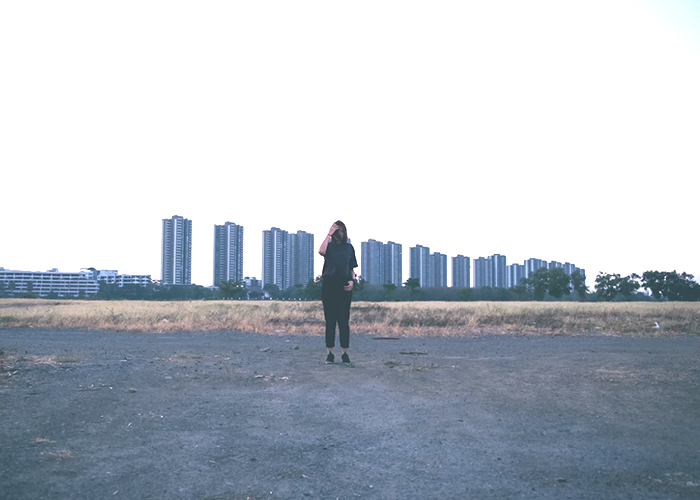 Just over a year ago, my mental health took a nosedive. I couldn’t control my thoughts. I felt like I was a bad and dangerous person and that my whole life was going to fall apart around me. I had been through this before just after I started university, but that was behind me and I couldn’t understand why it was happening again.

The difference this time around was that I got diagnosed with Obsessive-Compulsive Disorder (OCD). The first time I got sick, nobody would tell me what my problem was (one doctor even described my symptoms as “weird”). Having an official diagnosis was a really helpful step on the road to recovery.

OCD can flare up in times of change, or even just when someone has reached a really positive point in their life. In 2016 I had moved in with my boyfriend, I was getting to grips with my first corporate job, and I was writing creatively again. Then OCD hit me like a tonne of bricks.

I was very fortunate to have an incredibly understanding and supportive family, team of colleagues, and group of friends, and I’m so much better than I was. But while my personal life was changing, my finances were also impacted.

Here are three ways my OCD affected the way that I spent money over the last year:

1. Spending As a Compulsion

OCD is made up of “Obsessions”, thoughts that re-occur and cause significant distress, and “Compulsions”, rituals that are repeated in order to ward off the obsessions. For me, spending became a compulsion.

This started with an addiction to Zoella’s lifestyle YouTube videos, which I listened to endlessly at work to drown out my thoughts. Zoella was inoffensive and everything about her life seemed “Nice”. Convinced that if I lived like she did, my OCD would go away, I started buying things I saw in her videos. Makeup, clothes, and scented candles – anything that Zoe Sugg recommended I would consider buying, and often I would go and do just that. I don’t blame Zoella in any way for my spending. This was a compulsion: I was just trying to counteract thoughts that I found upsetting and difficult.

A lesson I learned in the process of getting better is that compulsions only offer short-term relief. In fact, they can eventually make you feel worse by creating an association with the obsession you’re trying to avoid. Buying knick-knacks for myself or my friends wasn’t fixing me, it was just causing me to hemorrhage funds and fill my small flat with junk I didn’t need.

Part of the treatment process for OCD is learning to stop yourself from engaging in your compulsions. It took me some time, but eventually, I learned that a morning of troubling thoughts couldn’t be wished away with ten minutes and £15 spent in a drug store. Working about five minutes from Oxford Street, this was very challenging. Society tells us to buy our way out of almost any situation. For me, it was only when I stopped spending that I finally started seeing improvement.

2. Spending On My Compulsions

Subtly different from the above, spending on my compulsions caused me to sign up to Audible in order to listen to endless episodes of Cabin Pressure (if it’s not a compulsion, I actually really recommend this radio sitcom, starring a young Benedict Cumberbatch — just don’t listen on repeat for several months like I did). I also downloaded Terry Pratchett audiobooks, basically anything that would take my mind off the thoughts that were causing me distress. On top of this, I signed up to a subscription site about ethical shopping, which was £30 a month — money that essentially went on feeling extra guilty about my spending elsewhere.

My compulsion shopping list also included box sets to make evenings pass faster. Although the entirety of Sabrina the Teenage Witch seemed like a solid investment at the time, it eventually went the way of all compulsions and started making me feel worse instead of better. Now it just takes up space in my DVD cupboard that I could really use for something else.

Accepting that these things were not actually making me better and there was no magical audiobook which would cure me was another step in the right direction.

3. The Compulsion to Save

While my OCD has only flared up significantly twice, looking back there have been other times in my life where behaviors I thought were normal were actually very unhealthy. From the moment I got my first job in a fancy-pants supermarket at 16, I have been obsessed with saving. In my first job, this was easy: I didn’t pay rent at my parents’ house, didn’t have a car or any bills to pay, and the supermarket paid a whole lot better than most other part-time jobs. I saved £5000 in the two years I worked there.

Then my anxieties, OCD and depression in my first year of university lead me to spend all of my savings on takeaway pizza (I couldn’t even digest it properly! I’m gluten-intolerant! Thanks, OCD), train tickets, and endless gifts for my friends.

From the point where I ran out of money completely (owing to the fact that I was working part-time and living in my uni town, rather than going home to my parents for the holidays like most of my friends), I was obsessed with building up my funds again. This meant I felt the need to be constantly employed, working at four different shops at various points, stewarding for the University Theatre department, and freelancing as a videographer, all in the space of two years. In spite of this, I didn’t manage to get out of my overdraft at all during my time at uni — and I missed out on a First-class degree by literally one mark. I often wonder whether my preoccupation with working and saving money came between me and that one mark.

Trying to save without the mental energy to budget or adopt any real strategy was a fruitless endeavor. I’d refuse to spend on bus tickets and then blow £50 a week on grocery shopping. I took more out of my savings account on a regular basis than went in. With this behavior pattern, I didn’t make it out of my overdraft until I had been living in London for eight months, and even then I still didn’t give myself the space to structure my saving.

Despite my mental health hitting an all-time low, in the last 12 months I have learned how to take control of my finances, and save in a way that actually works for me. I have the support of my boyfriend, colleagues and a lot of articles on TFD to thank for that.

OCD sucks, but it is treatable. This time last year I really didn’t know if I would ever get close to being the person I was before my brain decided to go on a little adventure without me. My finances suffered, and my self-confidence was in tatters.

To anyone reading this who is struggling with OCD, or who has a family member who is taking that journey: it can get better, and it will. OCD is tough: sometimes even when you have hope your brain twists it into another reason to be afraid. But your brain is not who you are, it’s just a mess of chemicals and grey stuff trying to process an even messier world. You can get better, and you can probably do it without buying another lip gloss.

Lucy studied Theatre at college and now works in financial services (it’s a long story). She lives in North London with a collection of sassy mugs. You can follow her on twitter @DramaturgPC.