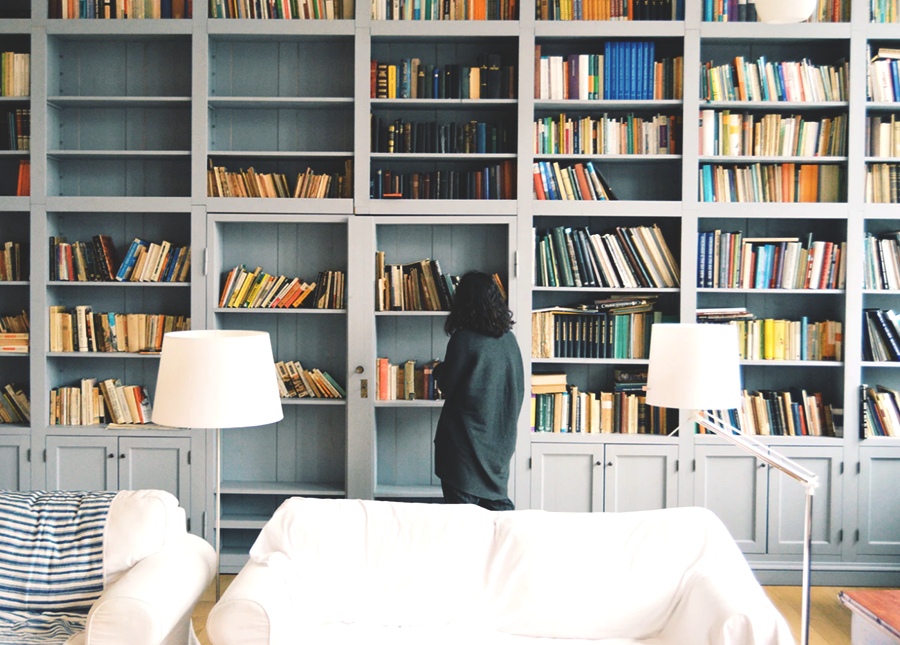 Back in college, I read all the time — from textbooks to summer beach reads. But since I’d been hustling in the “real world” for a few years, reading had faded from focus, and I’d started thinking of it as a hobby I could no longer afford to do. Still, I missed reading and wanted to change that.

So last January, I set out to accomplish one big goal: to read 60 books. At more than one book a week, it felt like a worthy challenge.

Not only did I hit my goal, but I learned over the course of the year that reading is actually a hobby I can’t afford not to do — thanks to these key financial benefits.

1. I saved money on entertainment.

Just because I wanted to read more didn’t mean I wanted to be less social — so I convinced six friends to start a book club in January. Each month, we’d submit a bunch of book suggestions, then vote on our favorite. The only requirement was that it had to be available at the library. (Free entertainment!)

None of us knew what to expect from the first gathering, but what happened surprised us all. We had a lively, thought-provoking, three-hour discussion about The Four Agreements by Don Miguel Ruiz. We had so much fun, in fact, that we continued the monthly tradition, reading 12 books together in 2017.

One of the best parts? This saved me a lot of money. Previously, I’d spend about $30 a month at restaurants with this friend group. Now, I spend about $10 for snacks every six months.

2. I started thinking bigger (and better) about money.

About half the books I read were nonfiction, and 15 were about business or finance (including You Are a Badass at Making Money by Jen Sincero and The 4-Hour Workweek by Tim Ferriss). Without even trying, I felt my perspective about money shift.

I used to direct most of my energy to racking up small wins, like saving $1 with coupons. But as I read more about other people’s successes, I looked for more ways to work smarter and accomplish big wins, too, like increasing my income. The result? I hustled even harder and doubled my side-hustle income from $1,000 to $2,000 per month by the end of the year.

3. I learned how to form new, lasting habits.

If I really wanted to finish 60 books in a year, I knew I needed structure. While the plan was simple, implementing it would be hard.

I started by setting a timer for 10 minutes of reading every day — no interruptions or excuses allowed. As I got more comfortable with my routine, I increased the timer: 10 minutes turned into 15, which eventually turned into 30.

Turns out, being disciplined feels really good. As I leaned into my new habit, I noticed discipline seeping into other areas of my life. Going to the gym before work became a less haphazard occurrence. Drinking eight cups of water became the norm instead of something I forgot to do. And, best of all, I naturally developed more financial discipline, too: I found myself more engaged in monitoring my bank account, and my grocery budget became something I actually stuck to instead of viewing it as an optimistic suggestion.

I’d call that a win-win-win.