Click here to get your tickets!
Budgeting / Money Management

4 Habits That Helped Me Save Half My Income This Summer 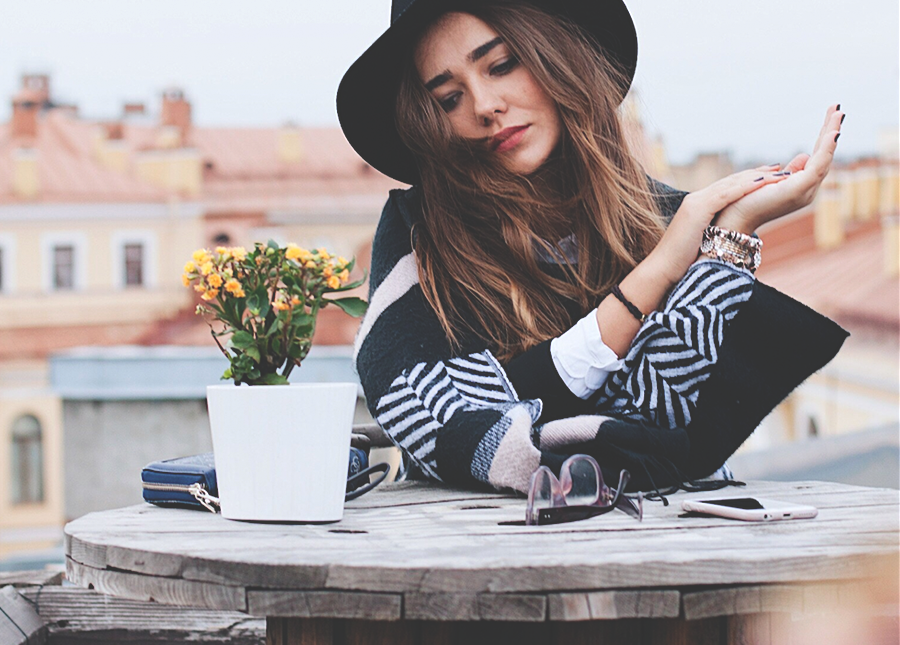 The past few months have been incredibly transformative for me, as I’m sure the months following anyone’s college graduation tend to be. I had the great #relationshipprivilege of being able to move out of my parents’ house just before graduation, which meant I got to spent my first months post-grad in a brand new life — a new home, all mine, and no more school. I was drunk with power and possibilities. (I still kind of am.)

But alas, TFD has taught me better than to be wild with my money and freedom just because I can be. I very quickly learned that grown-up paychecks need to be dealt with in a grown-up way (not kept in a mason jar, or spent frivolously on kitschy home décor items and threadbare blouses from Charlotte Russe).

I put a new budget and new savings plan into effect immediately. My savings account had become essentially depleted by my commencement ceremony, as I’d funded the very recent move to my newer place and begun paying for my dog’s new-puppy shots and vet appointments before I even got my first post-grad paycheck. I needed to build back up and make sure I actually had a solid emergency fund to speak of, and an additional savings account for Future Mary, who can’t stop looking at houses to buy on Zillow even though no one would give that bitch a mortgage right now even if she wanted one.

Here is exactly what I did to save half of my income this summer.

I started off with “save most of your money” as my summer goal, then switched to “save some of your money” when I realized that saving most of your money and still having a life is nearly impossible. I eventually decided to go with “save half of your money.” I chose this because it felt achievable to me — I knew how much I needed to live on, and had usually budgeted in a way that left me with a generous “entertainment/going out/miscellaneous” slice in my budget, which I decided to cut down quite a bit for two reasons: 1) I needed to save some money and build my funds back up, and 2) I actually had never worked so much until after my graduation, and going out was something I now needed to do much less due to the after-effects (i.e. me being sleepy the entire next day — not a good thing for me to be sleepy at work, considering the fact that I might drop an infant).

I decided that half of each paycheck would go into savings. But how? Well…

2. Put all money into savings first.

This is a trick I always assumed would be awesome in theory, but never actually implemented into my life until this summer. When I started getting paid from a new job, I decided that rather than having the money deposited straight into my checking account, I would have it put right into savings. That way, my decision was no longer, “How much money should I be putting away to save?” but rather, “How much money should I use to live on/pay my bills this week?” It forced me to become more judicious about where I put my money, and make sure that a whole lot more of it goes into savings. And it has — I saved up a little over half of what I earned over the summer since I started budgeting my life this way.

As an added bonus, it has made me a lot more astute and aware of what is actually going on in my bank account. Rather than it ever feeling like a stressful blur of deposits and withdrawals, I actually know every cent I’m putting into checking because I’m putting it there myself. It means I have to be much more careful and responsible, considering the fact that I have automatic withdrawals from that account for things like my credit card bill and my student loan. But it is actually a good thing — as long as I keep paying attention, I’ll never end up with an overdraft fee. (And paying attention is the thing I want to do most when it comes to my money.)

This summer came with a lot of exciting celebratory events. There were graduations, birthdays, a new home, new jobs, and tons of other great stuff that is usually deemed worthy of celebration — usually with a bottle of champagne, a special dinner, or something else fun and indulgent. And while I think it is totally okay to celebrate an accomplishment over drinks, or to use your exciting news as an excuse to treat yourself to the thing you’ve had your eye on and were waiting for the right time to buy, not every celebratory situation calls for dropping cash. As the drinks and the food and the spending and the indulgence piled on, I began to quickly find myself burning out financially and wondering if I could keep up.

If I remember correctly, I ended up spending my birthday sitting on the deck with my family and eating cake, because tbh, I didn’t think I could handle another champagne-filled dinner.

Finding other ways to celebrate, or make a night feel “special” without spending any money, is a really important thing. Some days definitely warrant something a little more special than the same-old shit you’d do on a regular Tuesday night, but that doesn’t necessarily mean they need to cost you money. I’ve taken to cooking special dinners and setting the table nicely (complete with yummy scented candles), making a special baked good, going for a walk, taking a home-cooked meal picnic-style to a local park, or even just taking the time to sit down and intentionally watch a movie (chosen by the celebratory person of honor, obviously).

We all know that denying ourselves of simple (but sometimes pricey) pleasures in life is what may lead us to overindulge later (or lead us to just being generally miserable because we’re saving money at the expense of actually enjoying our lives). I had no interest in making my summer into a tragic cartoon by sitting at the window, sighing, and looking outside at all the happy rich people spending their money while I sat inside trying to save.

What I did find to really work for me was setting small budgets within my overall budget to apply for each night out or fun activity I decided I would partake in. So, obviously I didn’t take every ~girls’ day~ shopping trip, go to every expensive dinner, or every night out at the bar — but when I did go to one, I budgeted my night of fun. Instead of shrugging every time I was out and saying “eh, I decided to go out so I guess it doesn’t matter that I’m spending all this money!” I was able to say “Okay kid, you can go out, but you can’t spend more than $30 today.”

Allowing myself to indulge in the things I wanted to all summer without letting me go overboard and spend to my heart’s content kept me from having any regretful Sunday mornings. (And let’s be honest — I’m a girl who really needs boundaries.)