4 Life-Improving Things I’m Finally Learning To Do Myself 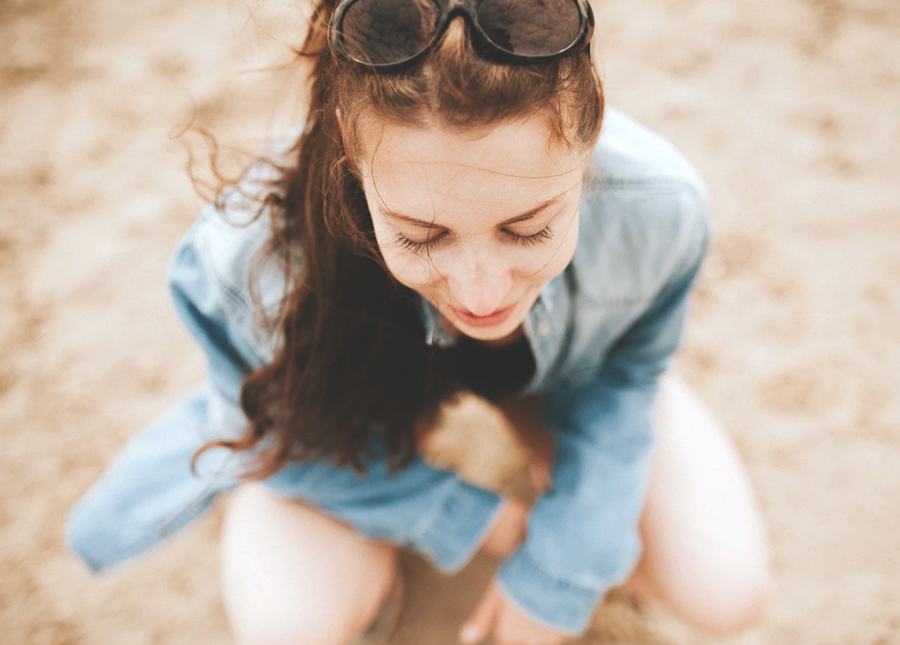 “I bought you a lawnmower.”

This was what my dad said when he called me the other day. It was not as off-the-wall as you might think — I did call him first looking for one, but I just wanted to borrow his. Not necessarily take on the responsibility of owning my own.

“Awesome! Thanks, Dad.” What else do you say? I was very grateful. I didn’t have to haul one from his house to mine. (Okay, let’s be real — I drive a Mini, so I mean find someone to haul it over for me.) I didn’t have to actually go out and spend money on one myself, and, if I am being honest, it made me not make excuses for why I haven’t cut my grass yet.

“It is so cool. It is one of those old-style, twin blade ones, like they used to use. You’re going to love it.” That was surprising. I preach about the environment and being conscious of my effect on the Earth all the time, as well all the strides I am taking (or attempting to take…slowly) to make my carbon footprint a little bit smaller, but my dad was really listening and trying to take that into consideration when he bought this for me. I was actually, truly excited about it.

A few days later, after I had it loaded into my tiny car and took it home, I made my first attempt at cutting the grass with it. Thankfully, my yard is not huge, and the grass is relatively not thick, since it’s only April. But as I had my headphones in listening to different podcasts (Lavendaire Lifestyle and Highest Self, in case you’re interested), I found myself smiling from deep down, truly enjoying this experience, and reflecting on some new experiences and changes I have been making to “adult” better and ease my convenience spending.

Obviously. If you do not have a lawn of your own, this could easily be replaced by something else. Deep-cleaning your house, for example, or detailing your car, or painting that one wall in your kitchen you have been wanting to paint for a million years but haven’t taken the time to do. My point is, before recently, I would not generally have taken it upon myself to cut my own grass. I know that sounds very princess-y, but up until a year ago, I was married and following that particular gender stereotype. Now I am divorced and living in a house with a luscious lawn to take care of — which is something I really haven’t done before. It would be so easy to pay someone to take care of this in an hour or less, and most likely be totally worth it. But the satisfaction of doing it myself? Priceless. So the fact that I am saving $35 AND simultaneously getting a day’s workout in (it IS a non-motorized push mower, after all…) by cutting it myself is definitely worth a high-five in my book.

I have a clever little rule of thumb about my cooking: If I can put it in the oven, it usually turns out pretty good. If it goes on the stove….well…not so much. But I am changing that! I love food. LOVE it, and I love experimenting with different ingredients, spices, recipes, and cultural cuisines. But before now, I would stick to basically three or four meals: beans and cornbread (if you are not southern, this is a total staple dish), collard greens, fried potatoes and cornbread, veggie soup (and, yes, cornbread), and occasionally something crazy like eggplant parmesan or ratatouille — but only once a year, and it took me a full day to prepare. If I didn’t have ample time to make any of these dishes, I would hands down opt for picking up takeout, especially after I got off work. And in this town, that meant Mexican, Chinese, Zaxby’s, or Cracker Barrel. Not only did this take a toll on my health, but we were spending unreasonable amounts on takeout each week. Cooking seemed like a chore, a hassle, and a reminder of my failures. But once I became my own audience, once I began trusting myself, my taste, and tried-and-true recipes from certain YouTubers (looking at you, Pick Up Limes), I realized that I love cooking. And I have saved a ton of money (and weight) doing it.

The word “hippie” has been used to describe me on more than one occasion. However, I don’t think it’s very fair nowadays, with all the social, ethical, and environmentally conscious influencers we have out there. But from the moment I learned I was pregnant with my son (seven years ago), I became obsessed with what I was putting in/on my body. This began with food (because what I was taking in, he was taking in), and gradually elevated to lotions, cleansers, shampoos, and cleaning products. Of course, I have gone back and forth with this over the years, but the older I get, the more conscious I have become. I used to use all kinds of special cleansers on my face, thick creams, and loads of product on my hair (naturally curly, anyone?). But thanks to my son, I now cringe every time I think about all the chemicals potentially polluting my body, my son’s body, and our home.

So a few years ago, I ditched my facial cleaners and started washing my face with raw honey and using grapeseed oil for a full-body moisturizer. Honey has anti-microbial, anti-fungal, and anti-bacterial properties, and grapeseed oil is a neutral oil for your skin. I also trained my hair to only have to shampoo it once a week (wash it on Sundays to stay fresh for Jesus), and not use any product on it. It is the healthiest it has ever been, and I am not spending $30+ every month. I started mixing vinegar/water/essential oils to clean my house, and guess what — super clean, and the smell goes away pretty quickly. Not only do my hands not get torn up by bleach all the time, I don’t have to use “not having any cleaner” as an excuse not to clean the bathroom. (I also gave up antibiotics…but that’s another story.)

4. I started taking responsibility for my own actions:

This is a big one, and a little less black-and-white. When I say “take responsibility,” I mean owning up the minute I realize I did something wrong or caused something to go wrong. I mean paying my bills the day I get them, and dealing with the $200 I have leftover after they are all paid. I mean saying, “Boss, I was the one who cost you $70 on that audit because I filled that prescription after it was expired,” and not crying when he (albeit gently) tells me why what I did was so dumb. Not only does this just give you a sense of moral upstanding, but it also saves you money. That noise your car was making last week that you drowned out with the stereo because you didn’t want to deal with it then? That could potentially drain every cent from your checking, plus money your friends/family/savings generously loan you. Taking it to get checked out before it breaks down saves anywhere between $50 to thousands of dollars. Getting your teeth cleaned? Hundreds of potential savings by avoiding cavities. Setting up an emergency fund? That could mean the difference between getting to stay in your home when you unexpectedly lose your job of 10 years and having to sell all your possessions when you move back in with your parents. An emergency fund is there for emergencies, and believe me, they will happen.

There are sooooo many other things I have taken steps toward when it comes to independence, and we do not always think about how it will affect us financially. But little things do make a big difference in the long run — when it comes to money or otherwise. Learning to do things yourself gives you control over your life and satisfaction that is worth so much more than any amount of money. Don’t get me wrong, if I have the cash to spare and some kid wants to cut my grass for $20? Son, have at it. I will drink a beer for you and cheer you on. But motivating myself to take action and not wait on others has been one of the best gifts I have ever given myself. It is not as hard as you think it is, and it really does not take as much time as you think it will. So get it done, and high-five yourself.

Sam is an almost-thirty single mother striving to get her sh*t together better every day. She is a pharmacy tech, foodie, hippie, and wanderlust based in the tiny town of Bremen, Georgia.