4 Mistakes I Made Trying To Monetize My Blog 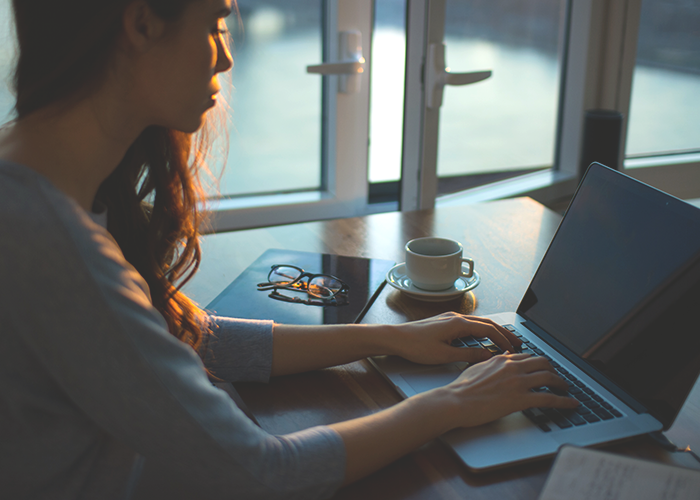 For the past two and a half years, I’ve been the co-founder and editor of a blog for those in their twenties who are transitioning into a world outside of the safe college bubble. Our mission at That First Year is to create community through stories shared of that first year after college & beyond. In that time, we’ve grown to include nearly 100 regular and guest contributors, and a steady monthly readership of 2,000. Of course, that number is but a speck of dust blowing in the internet breeze, but if I put it in perspective of real, actual human beings with feelings and rent to pay instead of simply numbers, I realize that TFY readers could fill a theatre the size of Nashville’s Ryman Auditorium, and that’s an image that’s important to keep in mind when I become too engrossed in the numbers game (which, sadly, is often).

In attempts to monetize That First Year, I’ve learned quite a bit — mostly from our mistakes. Our financial goal with TFY is a self-sufficient website with an income that can cover administrative costs of running the site (such as the annual SquareSpace plan) and meet our goal of paying contributors.

Here are four things I’ve learned in the process of trying to monetize That First Year:

1. Though building a consistent readership takes both time and intentional strategy, you shouldn’t wait indefinitely to begin monetizing.

For the first two years of running That First Year, we avoided any serious attempts at monetization; we needed to reach 10k monthly readers at least before we could begin, I rationalized. But even then, we didn’t put real strategies into place to encourage that readership growth, like taking Pinterest seriously as a space to spread the word about TFY. Instead, we relied heavily on word-of-mouth from our writers to grow our readership base.

However, we shouldn’t have waited until we reached the “ultimate readership” before attempting monetization tactics (I hate that word because it sounds so sales-y and inhuman, but bear with me for lack of a better term). A small audience isn’t a bad thing, especially if that audience comprises of readers who are invested in the mission of the site, which That First Year is SO fortunate to have. But rather than waiting on a certain audience number, we could’ve used those two years learning what works and what doesn’t, and what our readers like and don’t like, despite our small readership number.

Products most definitely need a launch build-up. Our first product was an e-book released in April 2016 containing essays on life as a young adult. We didn’t create any real momentum for the e-book prior to its release, other than a brief mention on the blog and on our socials that we had something exciting coming up. The e-book’s day of release consisted of a blitz on social media from all the contributors; after that initial launch, talk of the book dwindled, and so, in turn, did sales. In the end, we sold nearly 40 copies (which, I realize, is a decent number) — and made about $200 at $5 a copy — but that profit was split between the 11 writers who contributed (if you want to do the math to find how much each person received…).

In retrospect, we should have spent the weeks leading up to the launch talking about the book and creating anticipation surrounding it. I can’t say for certain that this would have dramatically increased sales, but as the marketing rule of 7 goes: a customer must see a message at least 7 times before they will seriously consider purchasing it. This has proven to be true in my own purchasing decisions more often than not.

3. Know what your audience wants to buy.

Last December, we launched the Creative Exchange, an online shop featuring artwork from peers. The plan was to feature a different artist each month with profits split between the blog and artist. And though we had great feedback on the art we initially featured, we quickly realized that most 24-year-olds on a tight budget don’t have the extra dollars to spend on artwork (or, they just don’t want to). It was only when we had poor sales that I realized oh, this is a group of people who — like me — have limited extra funds. Would they be willing to spend it on art? In That First Year’s case, not really.

4. Research legalities way ahead of time.

A week ago, we launched our first print magazine, Windrose Magazine. Windrose is a collection of essays, advice, photography, poetry, and design to echo this one simple truth: you are not alone as you navigate the unchartered waters of life in your twenties.

We should have researched these legalities way ahead of time — months, really. Lesson learned for next time.

Though we’re still quite a distance from our ultimate financial goals of a self-sufficient site, running That First Year has introduced me to a fantastic community of writers and readers from all over the world — people I’ve brunched with and people I hope to brunch with in the future — and that connection with others who are figuring out the glorious messiness of being in our twenties far outweighs any attempts to monetize.