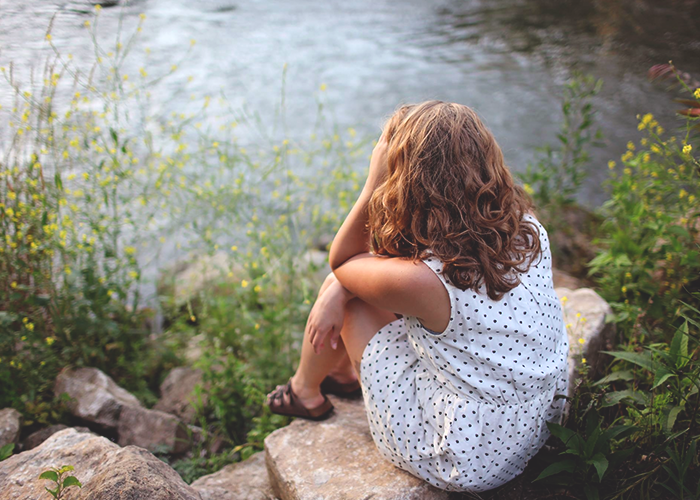 Two and a half years ago, I graduated from college. Luckier than most, I got a job less than a month after graduating from school. It was an entry level position at a small education nonprofit and within two months I was miserable. I was working 60 hours some weeks, spending $8 a day of my $26,000 salary to park at my office, and consistently bored out of my mind.

I gained a lot of weight, developed these weird headaches (that somehow haven’t gone away almost two years later??), and argued with my boyfriend a lot. I knew that I was unhappy, but I assumed that because this was my first position, I needed to stay in the job for at least a year. I also felt, due to a combination of anxiety and a culturally-reinforced belief

that a liberal arts degree was a waste of time and money, that I didn’t have very many skills, and that I would have to stay in a company for a while. Or, that I would need to go to grad school for anyone to take me seriously, and for me to get a job that made me happy.

So I went to grad school. I excelled there, and for the first semester, I was happy again. I enjoyed learning and going to class, and I had time to exercise again and to do things that I enjoyed, like sleeping. But over the summer, in between the first and second years of my program, I completed an internship where I worked in my chosen field for over 300 hours. I hated it. Like, really, really hated it. I was devastated and embarrassed, but I decided to take a semester off from my program to explore other options.

I moved back in with my Dad, signed up for classes at the local community college, and got a job as a waitress. I enjoyed my classes, and I liked my job waitressing more than I had enjoyed my summer internship or my job from the year before. But I got stuck here. It’s now been six months, and I’ve thought through as many as six, completely serious, career path whims. With each one I start looking at graduate programs, figuring out what schooling I needed to be qualified for that career, and it wasn’t until my most recent idea to become a midwifery nurse, after I got a C- in college biology, that I realized I’m scared.

I am so scared of working a full-time job, of going back to that miserable environment where I gained weight, cried frequently, and was underpaid and overworked, that I’ve been looking at any and all career paths that will require me to spend a long, long time in school and out of the job market. I’ve become a cliche, a lifetime student.

When we are in school we learn a lot, but we don’t learn how to figure out what career is going to make us happiest. No one tells you that if you chose this degree, you are going to spend three years doing data entry and crying on your lunch break. But it doesn’t have to be that way. In the past few months, I’ve done a lot to “figure it out.” Some of these are the same advice that you hear over and over again, but there are some other things you can do when you are tired of sending out requests for informational interviews.

1. Temp Work: This has been, by far, the most valuable experience in figuring out what I am interested in. I’ve been able to work in a variety of different industries to try and figure out what I’m interested in, done a surprisingly varied amount of tasks, and made a ton of contacts. In addition to providing me with income and exposing me to a variety of jobs, doing temp work gives me enough flexible time to explore my career path through some other avenues, such as…

2. Volunteering: A lot of people think of volunteering as an occasional opportunity, but there are tons of volunteering opportunities at organizations that you care about that allow you to try on careers you might be interested in. Organizations near you need social media managers, event planners, and intern coordinators. All of these positions allow you to explore a job you could be interested in, while gaining skills that you can use when you are looking for a full time position later on. You can find volunteer opportunities at volunteermatch.com.

3. Networking: You didn’t think I was going to leave this off, did you? Networking is scary, and is the last suggestion anyone wants to hear. But networking is a lot less scary when you aren’t looking for people to give you a job. Asking people to talk to you about what the actual day-to-day of their job looks like can give you a better idea of whether or not you would like that job. Ask people from a variety of fields to talk to you, and if you don’t hear back, don’t stress it. About one in five of the men and women I’ve reached out to have responded back to me, but these 15 minute conversations have given me a lot of valuable insight.

4. Good Old Fashioned Navel Gazing: Part of figuring out what you want to do is just thinking about what you want to do. What are you good at? This doesn’t have to be buzzwordy things. Think about what other people tell you are good at. What compliments do you get? Heard that you are a good listener? Maybe you should explore a degree in counseling. What did you like when you were a kid? (When I was little I wanted to be the tooth fairy.) Can you actually make any money doing that? (No, no you can’t.)

I have no idea what I want to do but the only way to figure it out is to jump right in and try. People will take me seriously, even though I have a degree in Urban Studies, and it is possible for me to find a job that doesn’t require me to work 60+ hours for minimum wage. And I don’t have to go back to grad school for that to happen. I just have to figure out what that job is first. I wasted a year of time that I could have spent exploring and figuring out what I wanted to do, but I am so glad that I haven’t let that lost year become a sunk cost trap.

Alexandra is a 24-year-old grad school dropout, working in as many fields as she can while she “figures it out.” She lives in Arlington, VA with her partner and their cats.