4 Little Ways To Simplify Your Life In Minutes 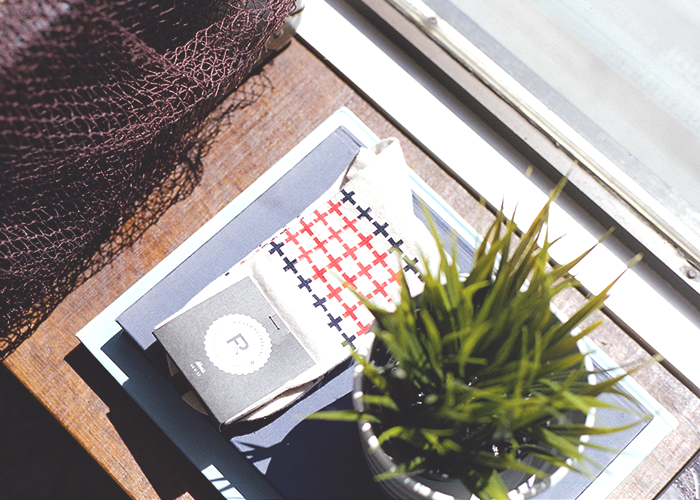 I’ve been thinking a lot lately about the type of minimalism that doesn’t involve cleaning and decluttering –- the minimization of all the dumb shit you have to do.

If 2016 was the year I I pushed my limits and worked myself harder than I thought possible, I want 2017 to be the year where I do everything in my power to apologize to my body for all that I put it through in the name of “success”. I wanted to prove a lot last year – to both myself, and other people in my life – and I let that desire turn me into someone who didn’t sleep, cried out of stress, and tried to act like that was all totally okay because at least I was getting a lot of work done.

I want this year to be about simplifying. I can’t have it all – and I’ve finally realized that I don’t want to. I want to take a tiny step back from projecting an image of exhausted perfection, and from being so busy in the sleepless-chic way that the internet thinks is so very cool. I want my life to be simple, peaceful, and, for the most part, un-instagrammable.

Just to keep life a little simpler. Everyone knows it is a pretty good idea to simplify by automating bills and payments — this is one of the World’s Best Life Upgrade because it is free – in fact, it is often incentivized.

But as an added bonus to that tip, take advantage of the credit card company’s offer to send you text alerts. They may be annoying sometimes, but most companies allow you to sign up for some actually helpful alerts to remind you that your bill is being paid tomorrow, and then remind you again once the automatic payment goes through. This gives you a window of time to ensure there is actually enough money in your account before the payment is processed, lest you get charged an overdraft fee, and allows you to rest easy all month knowing that you won’t accidentally screw up and miss a payment.

The topic of meal prep has been beaten to death everywhere on the internet — TFD included — with good reason. Getting bulk ingredients and having an intense meal-prep day is one of the kindest things you can do for yourself — especially if you have a busy schedule. And especially if you are living alone. (Nothing is more tempting than eating peanut butter

straight from the jar for dinner when you’re alone and no one is watching – but that isn’t exactly good for you.)

But one of the killers of meal-prep is the thought that the food isn’t as good when it isn’t “fresh” – which is definitely true. That’s why I’ve adopted a half-meal-prep schedule, in which we cook a shit-ton of chicken at the beginning of the week, divide it up into individual containers

for each night of the week, and then chop and cook the veggie portion of the meal each night when we reheat the chicken. I’ve found that the chicken pretty much holds up for a few days without losing its integrity, but the veggies come out way better if I cut and cook them immediately before serving them, instead of letting them get soggy in a Tupperware container for three days. Also, knowing that I only have to rinse and toss some asparagus in the oven at night is so much easier and relaxing than the daunting task of preparing and cooking meat after a busy day.

Because you’re not perfect, and you’re not a machine. I used to keep a running to-do list

of shit I wanted to get done, but it wasn’t until I actually started giving myself deadlines for each task that I actually started accomplishing them when I needed to. My life got so much easier once my to-do list started reading:

Instead of just saying “Do Project X, pay credit card bill, do laundry”. I like to make this shit as foolproof as humanly possible.

4. Calm TF down and delegate some tasks.

I am directing this tip at the lovely man I live with, who is nauseatingly busy, but still won’t allow me to fold his laundry because he likes it folded a certain way and will just do it himself in two weeks when he finds a window of time.

This is a very important message to all busy, Type-A folks with people in their lives who are offering help: let them help. Delegate tasks. Take a break. Unclench. And for the love of god, let someone fold your laundry. You will feel so much better if you do.