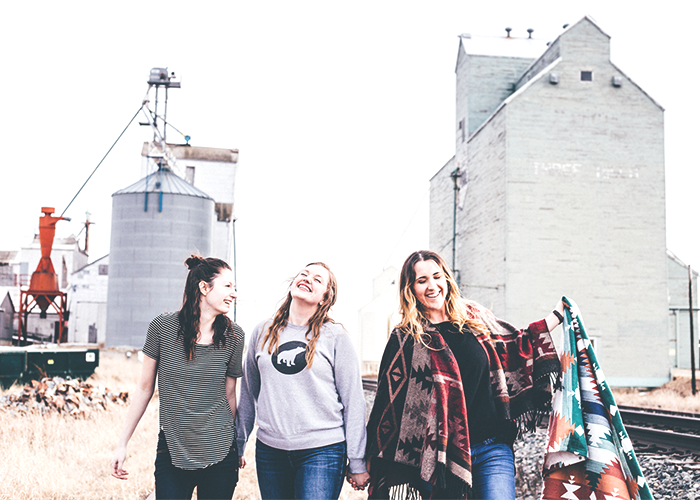 No, being good at money doesn’t have to suck — I know this from personal experience.

Last month, The Financial Diet shared a post I wrote about how I survived on an entry-level salary without taking on debt, and how other people can do the same. It’s actually what I’m most proud of in my short personal finance life –- how I handled my first salary and made it through while still saving money and avoiding credit card debt.

If I had started at a higher salary, those same tactics would have me on an early retirement path right now, but let’s put it this way: that’s not what happened. I’m glad it’s not, too, because I learned a lot in the process. In the spirit of real talk about money, I learned that being “good at money” really boils down to making tough choices.

But that sounds like the worst thing ever, right?!

Like oh thanks Des, yeah, just make the hard calls, that’s great advice. That’s like, on the level of “just never drink a latte again.” Sure, personal finance nerds of all ages understand what the latte effect really is, but if you’re not checking out every money book at your local library, all you’ve probably heard is that one uncle chastising you because “he read that millennials are spending more on coffee than they are on retirement.”

Luckily, my second thought was that wait a minute: while sure, “make the tough choices to be good at money” is my general advice, and how I managed to survive my entry-level salary, almost none of those choices really felt like tough choices at the time.

Now that’s worth a second look.

You mean I made all the tough choices to allow me to save over 20% of my new-grad salary (THIS STILL BAFFLES ME HOW DID I DO THAT) and have somewhat of a life and live on my own, without debt — and most of the time, they didn’t feel that tough? I sat with that for a while and realized that there were some key things I did — that surprise, I still do! — that helped me un-tough the choices that anyone would lecture you to make to be good at money.

Pro tip: It’s way easier to make those tough choices if they don’t feel tough. Here are four ways to do exactly that: make the tough money choices, and be good at money, without it sucking the entire time.

Step 1. Learn what matters to you

When I graduated, I was in the enviable position of living at home with a parent I super-got-along with, so there was no urgent need to move out. If you didn’t count my commute.

Commuting is likely my least favorite thing in the world, and I’ve literally organized my entire life to avoid it on more than one occasion. My very first post-grad apartment was exactly that: a way to avoid a punishing commute from the suburbs. So before I even started looking for a place and committing to a year-long lease, I knew that any apartment needed to hit a few key criteria.

Since I knew where I was going to be working, my location options were narrowed down significantly. Since I knew what I was going to be making, my transportation options were similarly limited (#BusLyfe). But all in all, I knew I’d be happy if I could find a place that hit those criteria — and when I found a place that fit that list, I took it pretty much sight unseen.

Literally, I think I spent all of three minutes in the apartment before deciding that yup, this was my new place, and maybe an extra 20 minutes making sure my new roommate wasn’t crazy. To give you some context of just how much I prioritized the things that mattered, here’s an incomplete list of what this apartment didn’t have.

But you know what? None of those things was on my priority list, so I lived there joyfully for two whole years, and downright adored the fact that my reasonable af rent gave me the flexibility to live life on a new grad salary, and live without a car.

Tough choice? Not even kind of.

I knew my transportation options — and my income — couldn’t justify a car when I was right out of school, which is partially why being able to walk to work was so freaking fantastic. Not having a car payment, or insurance payments, or commuting costs saved my budget and my butt literally every month when I could still afford to do things like eat. It was A+.

Even when I did eventually buy a car (to move out to the suburbs for #love and because I was promised a dog if I did), I knew that I couldn’t afford a bus pass and insurance and a car payment. It was two of the three for me, and bus pass + insurance were the two cheapest, which is why I ended up buying Little Car in cash that one time.

It’s easy to think you can afford A Thing when you look at it in isolation, and I’m just as guilty of this as anyone. “Sure, I can afford another $160 dog training class just for fun!” Yes, you probably can afford it, but if you’re making the decision without a clear view of everything else you need to pay for — especially the always-fun surprises? Things are going to be tight by the end of some months.

(The best way I’ve found to get that kind of clear view isn’t budgeting, either — it’s tracking my spending. Here’s how to get started.)

You might be like shit, I don’t want to track my spending forever, that sounds awful. So don’t!

Instead, maybe just commit to tracking your spending for like, a week. Pretend you’re doing one of those Refinery29 money diaries. In a perfect example of not overcommitting, did you guys know that I cut my own hair? It’s probably still the most frugal thing I do by a loooooong shot, and it all happened because this one time, I tried it.

I had an awesome hairstylist who was super affordable, but I had read about other people who cut their own hair, and my legit reaction was, I can totally do that. Plus, I have long hair, so worst case, if I looked like a nutcase after taking the scissors into my own hands I could just run back to my hairdresser and ask her to fix it.

It turns out, I LOVE being able to trim my own hair. It saves me time, I can do it whenever I realize I’m looking a bit scruffier than I’d like, and because of my hairstyle (long layers) my mistakes are all but invisible (although I’m sure they’re there). But trust me when I say, I don’t do it to save $40 on a haircut once every three or four months. Sure, it does save me that money, but I do it because I’m oddly proud of it.

Sidebar: I swear to god, my greatest dream in life is the day when someone notices a hair cut, and I say “I cut it yesterday!” and they go all Dad Joke on me and say “I think you mean you had it cut,” and I get to correct THEM. I dream big you guys. Real big.

Step 4. Figure out what’s right for you — not other people

For a long time, I was pretty wishy-washy on the whole saying-no-to-things-I-don’t-like front, and it hit me where it hurt. My budget.

But honestly, looking back, I’m going to give myself (and all of you!) a pass on that, because I’m going to look at it as “investing in learning about myself.” (Not the exact same concept as investing in yourself, but still valuable!)

For every time I literally couldn’t hear for days after accepting an invite to go out dancing at a bar, or every time I yawned my way through a late night out, or every time I attended a live music event, I’m counting it as a class in What Des Doesn’t Like Doing.

Those four things — learning what matters to you, knowing your overall budget, not overcommitting and figuring out what’s right for you – are seriously some of the most impactful things you can do for your money without feeling like you’re Doing Money Things. (And if you do want a list of Money Things To Do, here’s one to start with!)

What do you think — is there any other non-sucky things you would recommend to help people be good at money? I’d love to hear about them!