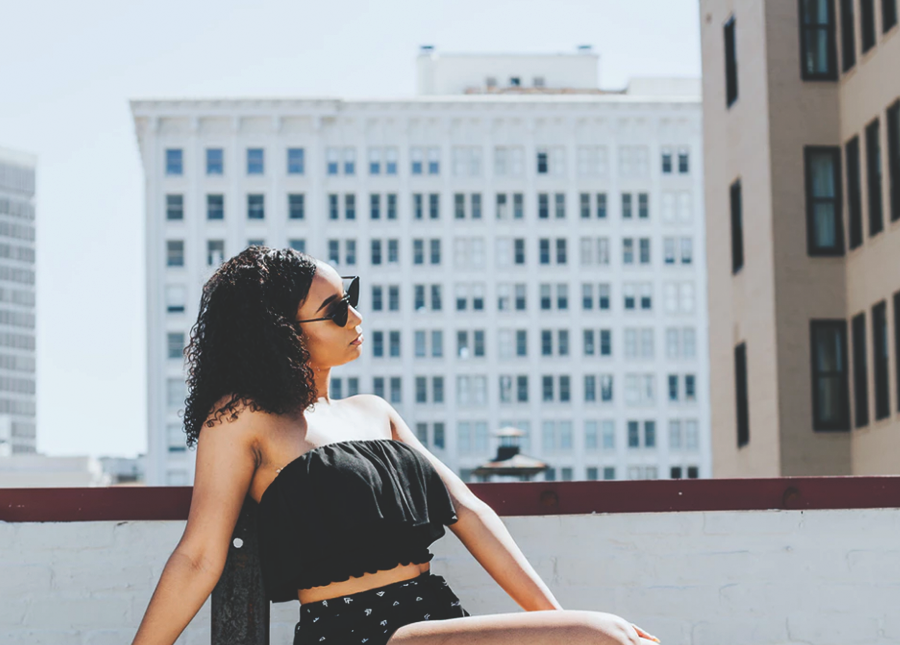 I’ve always been a mama’s girl.  I always felt I had to protect her, even though I was the little one and she was the big one. Her hurt was my hurt. Her pain was my pain.

So when my father up and abandoned his wife and 2.3 kids, I knew the only way to show true solidarity was to sacrifice my happiness and adopt her beliefs about the world. In this case, I learned that men were bad, money was short, and men were never to be trusted with your heart or handbag. And as a dutiful daughter, I clung to these beliefs for nearly two decades. Every relationship I entered, I entered into with great suspicion.  I never wanted to give more than I perceived I received. I never wanted to share more than I had measured was just enough.

After learning to ration love and support to those that wanted to love me, I soon turned this miserable way of living on myself. I started to treat my normal need for self-care with suspicion and extreme withholding. Despite what my bank account told me, I could never bring myself to give myself more than what I needed. I fought back deep desires to buy myself the most modest treat: a medium latte, an appetizer in addition to the main course, a book at Barnes & Noble, a regular hair appointment, or a pair of new shoes when it was obvious that I’d worn them to their death.

Rationalizing self-deprivation made it easier for me to harshly judge others that did the opposite when, in fact, I was really envious of how they attended to all of the needs and some of their wants: Why does she think she should get everything she wants out of life? Who is she to go after what she wants without fear?

These thoughts swarmed around my subconscious until I confronted them. I sat with my overwhelm and sadness until I was able to figure out that I wasn’t mad at anyone, not even my mother, whose beliefs I believed prompted this downward spiral into miserdom.  I also realized the first step to recovering from distorted money stories that I played on constant loop required I take four bold actions.

1. Analyze my childlike thinking. I realized that my obsession with hoarding money while depriving myself of love and pleasure was my inner child trying to right the wrong that my father had done to my mother—which should have never been the role of a child, especially since my mother never asked me to.  Through some powerful visualizations and inner talk, I told my inner child that happiness was not selfish; in fact, it was a necessity. I reminded her that her express purpose in life is to be happy and that money is a tool that when used wisely could help her achieve many of her life goals.

2. Clear the clutter around spending.  I think the concept of spending gets a bad rap in the news. Americans, in general, don’t spend, they overspend. This is a crucial distinction that anyone with a money hoarding problem should consider before they pinch that next penny. Once I understood the difference between spending and overspending, it was easy for me to see that the former is a mindful act; the latter is a mindless one.

3. Check the facts. When I would find myself saying financially fear-based statements like “That’s too expensive” or “I can’t afford it,” I forced myself to actually run the numbers: I would check to see how much what I wanted cost and compare that cost to its impact on my actual wealth. One-hundred percent of the time, the impact was inconsequential. I was thinking irrationally. Then I dug deeper, “Is this really an issue of money, Kara, or it is something else?”  “What are you actually saying no to?”

4. Decide to be happy. My quest to figure out the meaning of life brought me back to a personal truth. More than anything, I wanted to be a happy and emotionally healthy person. So, I started to align my spending with things that made me happy, which included splurging at times, giving to others and saving stockpiles of mullah at others.

My mother never got used to her downgraded status. Becoming a single mother of two was hard on her spirit and wallet. But I learned that her story wasn’t mine and that the most loving thing that I could do for the both of us was to ensure that I learned that it was ok to be happy with myself, men, and my money.

Kara is the founder of the award-winning site The Frugal Feminista and author of three powerful personal finance and personal development resources for brown girls worldwide:  Heal Your Relationship with Money: A Self-Care Workbook, Unmasking The Strong Black Woman, and The Wealthy Woman’s Blueprint Financial Planner.