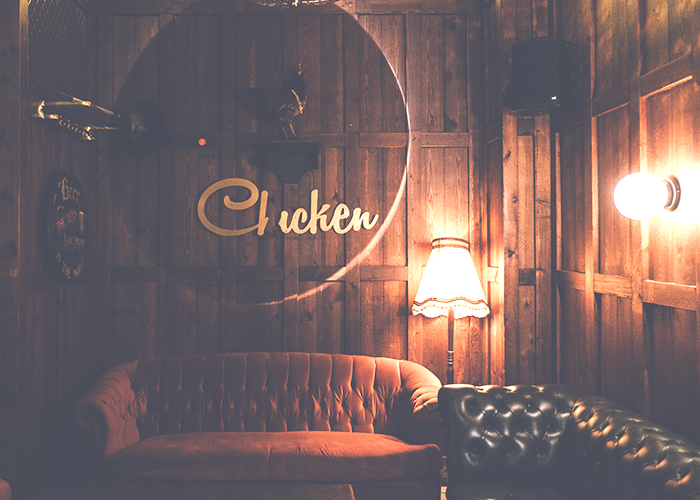 Well, here it is, folks. I’m moving again. That’ll be three times in four years, and eight times in eight years. It’s a lot. And a lot of that has been because of a fairly chaotic work/school life, leading in and out of jobs and entire industries I didn’t think I’d ever be a part of. I moved between neighborhoods and cities and continents before ever really feeling settled in one apartment, and found myself inhabiting places because of a dot on a Google Maps page rather than any real pull to live there: I spent two years in Williamsburg because my office at the time was there, and I knew nothing about New York. It took me two years to move to a neighborhood (and apartment) I really love, and now I feel comfortable saying that I will be in Harlem as long as I’m still in New York, hopefully for several years more at least. That’s huge, for me.

But why, in a duplex I’ve only lived in for one year, one I love and which has an entire floor dedicated to TFD’s growing needs, would I abruptly move again? I’m not leaving the neighborhood, and I’m certainly not in any rush to undertake the agonizing process of moving an entire two-floor apartment any time soon. So I’m leaving because we are taking over my parents’ apartment, as they have moved to Philadelphia.

As some of you guys know, my parents have (in addition to their regular jobs, cartoonist and teacher) put significant time/effort/resources into upgrading and selling various homes, and a few years ago bought a fixer-upper in our neighborhood and completely redid it (mostly) themselves. It’s by far my favorite apartment I’ve ever been in in New York City, and without putting the egg before the chicken, we feel very lucky to be able to rent it this year with an eventual goal to buy towards the fall.

It’s a conflicted feeling for me, as I of course feel extremely lucky to have even the opportunity to buy such a lovely apartment, particularly one so lovingly and beautifully redone by my mother (whose home-doing taste is second to none). But I was very poor as a kid, and have since always been “normal” middle-class. I went to a community college, have never really gotten “fancy” things from my family, and have had at least one job at all times (usually more) since I was 13. I don’t like to feel as though I’m getting helped, even if the help is just being well-placed to spend my money on something. I feel guilty, but it would be a huge mistake for us and our future as a couple to not jump on this incredible opportunity.

And that has meant, if nothing else, a great opportunity to start doing a few things that are tangenially moving-related but generally life-improving. In the short time since I’ve found out we’re moving and started preparing it, I’ve noticed four great little life-things happen.

Marc and I have a little shared spreadsheet of this year’s savings plan (I give him the vast majority of the credit in creating it, but I am very much a participant in its execution!), where we go through all the different categories of spending and how we can whittle them down. Obviously, there are some things that are going to be more or less fixed costs, but over the next eight or so months, there are opportunities for thousands of dollars’ worth of savings and extra earnings, between cutting out the vast majority of the “going out” budget and taking on some extra side gigs (that latter one is for me, of course). Obviously, saving is always something we try our best to do each month, but having such a definitive timeline of wanting to build up what we have has been a huge motivator, and has enabled us to treat the act of saving like a game we’ll be playing as a team this year, really pushing our limits to see what we’re capable of when we have a really great goal in mind.

I’ve always wanted to do a no-travel, no-gift, no-fancy-anything Christmas, and never really felt comfortable doing it, because I felt like it would be disappointing everyone. But this year I have the perfect impetus to set a tiny budget for gifts for loved ones, be gift-free between Marc and I, and most likely spend the big day itself cuddled up on the couch with some takeout Chinese food, some wine, and a marathon of something really good on Netflix. Yes, both prepping and saving for the move was what kicked off this holiday plan, but I have to be honest: as someone who has always been more than a little stressed by the chaos that can come around big family Christmases, nothing sounds more tempting than a cozy day on the couch where I don’t have to worry about anything (or spend any money) in order to have a good time and feel loved.

3. Getting Rid of Everything We Don’t Need.

We’re moving from a large duplex to a much more humble two-bedroom apartment, which is laid out completely differently. This means everything from big furniture items that have served as structure in our current place to half our office supplies will need to be sold off or given away when we move, and it’s given me a sort of challenge: Since the new place is a mere 10 blocks up the street, I want to see how little I can spend on the actual movers/van part by doing the absolute most via subway, parents’ car, walking, and Uber. If I can get the time spent with the movers and van down to an hour, beginning to end, with one tiny trip of a few key items, I will have considered it a success. And the goal is to pay for all of the entailed moving costs with the stuff we get rid of, so we don’t have to go out of pocket — it’s making us consider a serious downsizing, but honestly, I couldn’t be happier to be getting lighter.

4. Making a Commitment To A City.

I’ve been bouncing around for the past seven years, and I’m tired. I want to be somewhere I love and which feels like home, with my partner and my pup and my little beloved TFD team. New York, and more specifically Harlem, has felt like that place for the past year, and I find myself every day more grateful that I have found all that I did here. We are lucky in that the three NYC-based members of the team all live within walking distance, and that the neighborhood is full of great parks and campuses for Mona to frolic — everything is here for us to really build and feel at home. It feels very happy to know we’re committing to somewhere (if we buy) for at least several years, and even more so in a place we feel so grateful to wake up in every day. My life may always be a bit unpredictable, but at least some things can start to take roots.