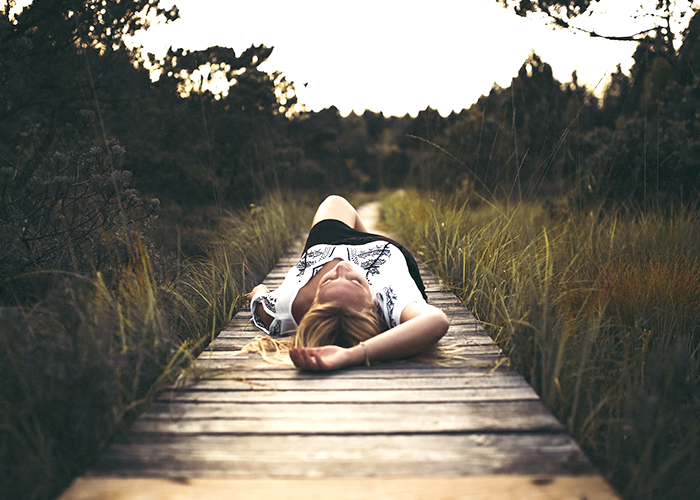 1. Living alone for some piece of your life is probably a good idea.

Although I don’t regret going straight from my parents’ home to the one I share with my boyfriend, I do believe that I missed out on a really special slice on young adulthood, which is living alone. Not that living 100% on your own is really financially feasible for almost anyone these days (including me), and not that I think missing out on it makes you any less capable of all the adult functions you need to learn and understand. But just because of the journey of self-discovery that I imagine happens during that time. (And also a little bit because I’ve never gotten to live in a world where I could paint the walls whatever color I wanted, or have all-pink bedding, or hang wall art that I don’t have to consider the opinion of my partner/roommate before putting up.)

I do get a lot of “me time” because the nature of my partner’s job keeps him out of the house a solid 80+ hours a week, and although that sucks for him, I’m definitely grateful for the experience of existing in solitude sometimes, just because I’ve never had a period of time in my life where that was the norm. Overall, I think that if possible, it’s a good idea to spend a bit of your young life alone, if only just to prove to yourself that you can.

This is geared towards those with the great privilege of deciding when to move out of their parents’ home instead of moving out of necessity, because obviously if you need to go for any reason — financially or otherwise — you scrape together and do what you can with what you have. But in general, if you’ve just graduated from college and have parents who are graciously letting you stay with them while you figure out your next move, it’s important to consider the consequences of all possible “next moves” before taking one.

I have friends who have been so eager to “leave the nest” that they’ve said things like, “Well, my rent will only be $600 a month, and I definitely make over $600 a month, so I can pull it off!” But in reality, that $600 is just the base of what they’ll need to successfully survive on their own. This goes without saying, and most functional adults know this, but when you’re young and have lived under the shelter and comfort of a well-off family, sometimes you just don’t realize all that comes along with living, financially speaking. Your rent also comes with utilities, many different types of insurance, transportation costs, food, health expenses, any and all possible living expenses, emergencies, entertainment, etc. And when you move, you usually need about 3x what a month of rent will cost you, and that’s before you even consider the moving costs like hiring help or boxing up your crap.

I decided I was moving very suddenly — we were slated to move in together in the spring of 2017, and ended up having me move in during the last week of December 2016 because my boyfriend’s roommate suddenly and dramatically departed, leaving him unable to afford the entire place on his own without a roommate (and I didn’t want him to rent the room to someone else because I wanted to move in a few months later). I picked up quickly and moved my stuff without much planning, and I have to say, the following months were hard on me money-wise. I didn’t put the financial planning I should have into the decision-making process, and if I could do it over again, I would have done a much better job building myself a pre-moving money cushion so I wouldn’t have to dip into savings immediately and blow my other savings on expenses I didn’t adequately plan for.

3. Don’t get too comfortable.

I think a lot of twenty-somethings experience this, but I kind of assumed that moving into a new place would mean it suddenly felt like home, and that totally wasn’t true. Until you buy a place or settle into a home you’re renting that you know you’ll be in for a looong time, you’re in this awkward, shifty period where you know you shouldn’t get too comfortable because you could essentially be leaving at any time. I’ve lived out of my family home for just over a year now and have already switched apartments once because we got a better deal (lower rent for more space) somewhere else.

Now, we’ve realized that our old-ass building (built in 1885) is so poorly insulated that keeping it warm in the winter costs almost as much as our rent (not exaggerating; it made me cry when we got our first utility bill, and we don’t even keep the heat over 65 degrees or use much power at all). We know we could move to a newer, more luxurious apartment complex across the street and pay $300/month more in rent, but have a consistently lower utility bill and be much more comfortable temperature-wise, so we’re considering the option of moving again when this lease is up in a couple of months. However, next year, Drew’s job will be changing, and we might have to move somewhere else — possibly a different city, or even a different state. It is all so up in the air that it almost feels pointless to settle in, hang pictures on the wall, and call the place “home.” It makes me long for a time where I can finally buy a place, put my stamp on it, and call it my own — and definitely makes me work harder to save so that can someday be a reality.

4. It really shouldn’t be a race, and you’ll regret it if you make it one.

This is coming from a place of honesty — I don’t regret the way things happened for me, and I am very comfortably and happily living with my boyfriend. But if you’re one of those people (like I was!) who is lucky enough to have the option of staying at home post-grad while they find their footing and build up a dense emergency fund, settle into a new job or career, start making dents in their student debt, etc., don’t force yourself to get up and out of your family home just because you feel like it is the only age-appropriate next step. My boyfriend and I moved in together first and foremost because we wanted to live together, but secondly, because it was mutually financially beneficial for us to have each other as roommates. I can say with 100% certainty that if I didn’t move in with him, he would be living with a random Craigslist roomie and I’d be living at home with my parents.

Even though my situation worked out really well for all parties, I’ve had friends and even cousins whom I confided in back when I lived at home and told them how badly I wished to move out, and they’ve all said some variation of “enjoy living there while you can, because if I had that option, I’d still be home.” At the end of the day, you need to make the decisions that make the most sense for you, both emotionally and financially. Sometimes, that doesn’t fit in with your shiny post-grad dreams, but luckily, things tend to work themselves out as they go along.