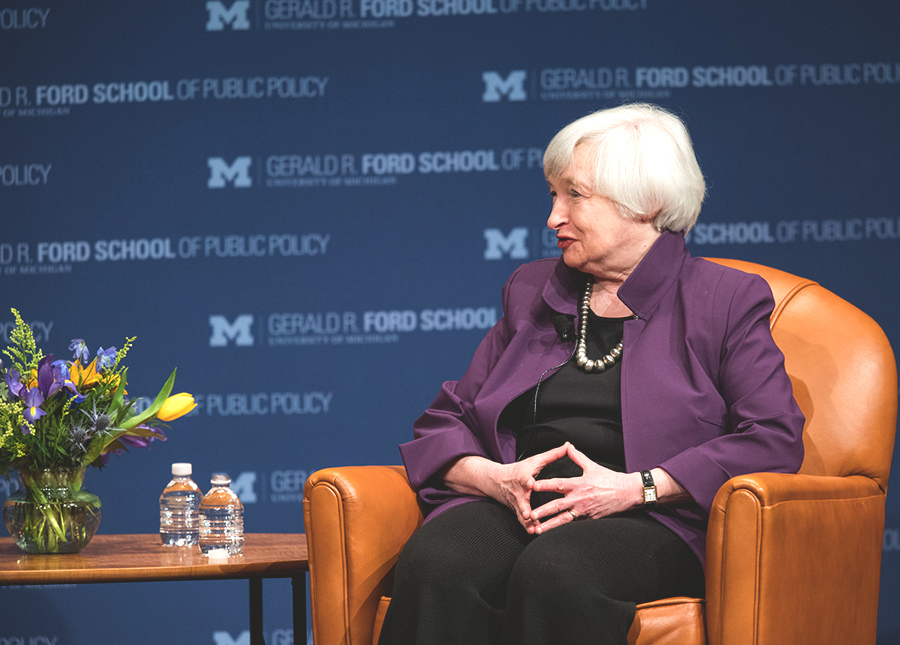 There’s plenty of inspiration to be drawn from the career paths of the world’s most powerful women. But their words can be just as powerful. For International Women’s Day, we’ve pulled together some examples from five of the perennial members of Forbes’ annual MPW lists.
1. “I’ve never underestimated myself. There’s nothing wrong with being ambitious.” – Angela Merkel
Merkel’s fourth term as Chancellor of Germany was secured on March 4, when center-left Social Democrats voted to remain in a coalition with Merkel’s party, meaning it now has a governing majority. The long-serving German Chancellor, Forbes #1 most powerful woman for the last two years, is expected to be officially re-elected on March 14.
Merkel gave this quote to TIME after she was named the magazine’s person of the year in 2015, a good reminder of the power of having the right mindset. Believing you can achieve your goals — whether it’s to pay off big debt, climb the corporate ladder or retire on your own terms — is a critical step to reaching them. Put together a specific plan you know you can stick to, and success will follow.

2. “One thing we know for sure is that change is certain. Progress is not. Progress depends on the choices we make today for tomorrow and on whether we meet our challenges and protect our values.” – Hillary Clinton
The former presidential candidate wrote this in her earlier memoir, “Living History” — years before she ran for president. While Clinton was speaking more generally, her words can easily apply to our finances. After all, the choices we make today with our money help determine the kind of tomorrow we’ll have. Every day, we have the chance to make progress toward our goals (and to meet any challenges that may stand in the way) and to put our money toward what we value most in our lives.
3. “You won’t succeed all the time. Even Ruth, Gehrig and DiMaggio failed most of time when they stepped to the plate. Finding the right path in life, more often than not, involves some missteps.” – Janet Yellen
Speaking to the 2014 class of NYU at Yankee Stadium, the first female Chair of the Federal Reserve (the country’s central bank) reminded the new grads that it’s okay to make mistakes — more important is what you do after. She went on to explain the importance of grit, “an abiding commitment to work hard toward long-range goals and to persevere through the setbacks that come along the way.” Everyone will have setbacks, as Yellen points out. The important thing is to recover when you falter and keep moving toward your goals.
4. “My best advice would be to be yourself… You have to get comfortable being uncomfortable.” – Melinda Gates
Speaking at “Lean In Live” on Facebook in 2016, the co-chair of the Bill & Melinda Gates Foundation explained how she considered leaving the tech world because she felt like she didn’t fit in as one of the few women in the field. (The computer-science grad started working at Microsoft in 1987.)
But looking back, she said she’s glad she stayed true to herself and stayed at the company, telling the Atlantic last year: “I started to learn that being myself could work. By then, I was a manager and I ended up inadvertently attracting huge teams around me who wanted to act in the same way.”
In your own career, you’re bound to encounter challenges and may be tempted to quit. You might even find it easier to try conforming and doing things the way everyone else does. But while being adaptive can be good, as Gates points out, it’s also important to figure out how you work best.

That’s a lesson that can be applied to investing, too. Following the crowd into a hot stock or panic selling because others are probably won’t work out in your favor. Better to develop a strategy that meets your specific long-term goals and stick with it.
5. “Do every job you’re in like you’re going to do it for the rest of your life and demonstrate that ownership of it.” – Mary Barra
The first female CEO of a major global automaker, Barra knows a thing or two about succeeding at work. In a 2014 interview with Fortune, she explains the importance of being passionate about what you do and throwing yourself into the job, no matter what it is.
She should know. Although she’s been CEO for more than four years now, Barra first joined GM in 1980 as an assembly line worker tasked with inspecting hood and fender panels. Over the next three and a half decades, she would steadily work her way up the ranks to reach the highest position in a company with more than 200,000 employees.
Read the original article on Grow. Copyright 2018. Follow Grow on Twitter.
More from Grow: