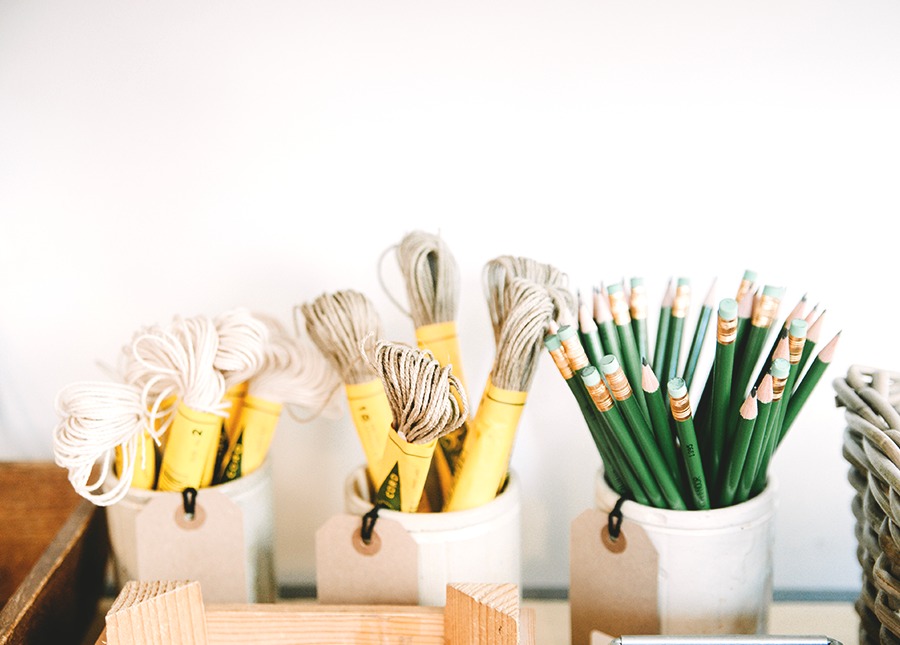 In the past week, I decluttered 9 things from my house. Three items were sold and the rest were Freecycled.

Here’s how things unfolded. I sold:

I donated extra crib sheets and changing pad covers that were adorable but unneeded. From posting to packing and coordinating Freecycle pick up times, I would say I spent maybe 20 minutes. I walked away with $72 and a lot more closet space. I was deliberate, I was intentional, and I was efficient. I’ve come a long way, baby.

When I first started decluttering, I was a mess. Ba dum tss! Actually, I wasn’t messy; I lived with hidden clutter instead.  But I did make a mess of the decluttering process. While I’m glad I started the process, I made many starts and stops along the way. Here’s what I wish I would have known from the get-go:

When I first started decluttering, I went for the low-hanging fruit. Expired coupons, junk mail I wasn’t sure why I had saved in the first place, the odd receipt tucked in a drawer. Then, I decided to tackle kitchen tools. We had a drawer full of gadgets that looked really impressive but largely stayed put. Because what the fine people at OXO don’t tell you is that while a hard-boiled egg slicer seems like a good idea, it’s actually a beast to clean. I think I’ll stick to a knife, thanks.

All of that was productive. And it counts. It built momentum. But it also gave me a lot of false confidence. When I look back at some of the blog posts I wrote about it, I can’t help but laugh. Over two years ago, I was acting like I was nearing the end of my journey. Truthfully, I had barely left the starting block.

Long-time readers have learned exactly one thing from my blog: I talk out of both sides of my mouth really well. So yes, I know this lesson is a direct contradiction to the first one, but it is absolutely crucial.

My instinct has always been to overcorrect. Spend too much money? Go weeks or months without spending any. Eat too much? Count every calorie in a journal marked 1000 Calories or Bust. Rinse and repeat.

It takes me a long time to find a normal, healthy, happy sustainable place of balance.While I’m there now, I wasn’t.

I got really frustrated and impatient with myself when I ran into some rough patches. It’s OK to be sentimental. It’s OK to take breaks. It’s OK to actually question if decluttering is a good thing. It’s all part of the process. Now, I don’t beat myself up. I let myself move at whatever pace suits my mood as long as I’m still working on it.

The biggest hurdle that I keep having to overcome is my willingness to conflate minimalism with money, decluttering with frugality. It is absolutely true that owning less has financial benefits. But trying to turn decluttering into a side hustle was actually devastating to my progress.

I cannot think of a bigger momentum buster than trying to slow down and sell every gewgaw and thingamabob.

Now, if I don’t think something can be listed for over $20, I don’t list it. If it seems complicated or exhausting to try to photograph or describe, I don’t list it. If I can recoup a little money here and there, that’s icing on the cake. But it’s not my purpose. My space and my time are worth more, so I don’t make my decluttering process about money anymore.

Reading about other people’s journeys–whether they are pursuing minimalism, they are decluttering, or they are tidying up–can be so inspiring. I constantly go back to The Year of Less and The More of Less on my commutes.

A few months ago, I was re-listening to a bit from Joshua Becker’s book, and I felt like I finally got the permission I needed to actually throw things out. I had been feeling so much guilt about making more trash, but I finally realized that some things just belong in the garbage pile. I can’t undo the past, but I can do better in the future.

However, I also had to realize that my journey won’t ever totally match someone else’s. So as much as I try to mine other experiences for inspiration, I’ve also had to find my own. Recently, I discovered a clothing pantry in my community that takes donations and gives them away to people who shop at a food pantry. There’s no vouchers, no money, no nothing. It’s the most direct way that I’ve found to get masses of stuff into the arms of people who need them most.

For me, that reignited my desire to declutter. But for someone else? Maybe they do want to earn money. Maybe they want to start a blog or a side business about profitable decluttering. That’s great for them, and I’m happy to find what works for me.

5. Know it is incredibly worth it.

I don’t know that I’ll ever feel that all the clutter is gone from my life. But after getting rid of thousands of items over the past few years, I can honestly say that I feel so much better. Clutter makes me anxious, and clutter eats up my time. There are still days when I have to search for things, but far fewer.

While I still haven’t achieved my goal of touching everything in my house in one fell swoop, I do feel like I have a much better sense of what we own. No matter how many times I read bloggers and authors say exactly this but in much more elevated language, I had to live it to believe it. And I believe it now.

This journey has been worth every step.

So Tell Me…What’s a journey that you’re on? What lessons do you wish you learned sooner? Do you have an OXO egg slicer?