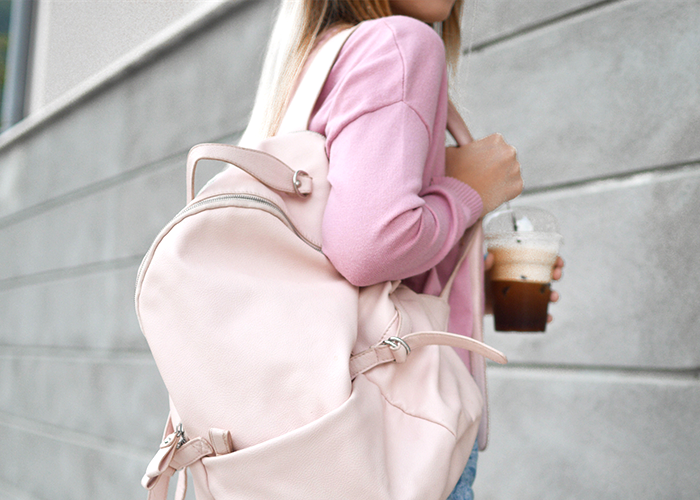 So far, I have tried my best to very delicately manufacture my adult life.

I read a lot, watch a solid amount of television, and carefully observe those around me — for that reason, I’ve grown up with a pretty good picture of how early adulthood should go, and I have been determined to make myself fit the perfect image I deeply desire.

However, while this may have served as a great outline for my young adult life, it has meant more than anything else that I’ve done a lot of things with really misguided reasoning, and then sat around wondering why I felt lost and unhappy. A lot of my decision-making during this time was a little foolish and confused, and based mostly upon what I wished made sense for my life instead of what actually did. The five following decisions that I made between ages 18 and 22 were important milestones in my life, but they were all decisions I made for the wrong reasons.

I’ve definitely talked about this before, but I often feel like I wound up in college straight out of high school simply because I didn’t know there were any other options. It seemed to be assumed by all of the older, well-respected people around me that I would of course become a college student without giving it a second thought. I didn’t really understand that it wasn’t something that had to happen, but rather a choice I had the privileged to make. I ended up just going, and leaving very soon after. I wish I had just taken some time to think about it before I spent all the money without even knowing what I might want to study or where I might want my life to go.

When I first started college, I was so uncertain that I let every adult who seemed to have their shit together sway me. If a professor told me I had a knack for art

, I’d sign the paperwork to major in studio art even though I had no desire. If an aunt or uncle told me business was the way to go, I’d start prepping to switch to a marketing major. When a ~cool music guy~ started hanging out with me, I considered a music major.

And it isn’t that changing your major is a problem — in fact, most students do at least once or twice. But I should have been changing it as my interests shifted, not as different people gave me input.

, and I love that I had the opportunity to attend a teacher training program. I was there during my off-time from school, and it was a really great six months of my life where almost everything I did was centered around yoga. But even though I had a good time, I didn’t really think too much about it beforehand. At 19, I was definitely vulnerable to some shitty, misguided decision making, and deciding to go to yoga school without deciding what I would do with a certification after wasn’t really my best moment. It may have been a better investment if it were a little more about training me for a potential job or career, and a little less about trying to heal my stressed little soul that was going through a quarter-life crisis after dropping out of college. I definitely don’t regret the program itself, but I almost wish I took it at a different time in my life –- like post-college, instead of in the middle of college –- when I had a little more direction and understanding of where I wanted my life to go.

4. Attempting (and failing at) moving out before age 20.

I felt like I was screwing up by not being financially independent at age 20 –- pause for laughter. I scraped together babysitting cash in a jar until I had enough to cover my portion of rent for a few months, then told my parents I would be moving to a crappy apartment in a not-good area of a city nearby. They basically told me “good luck, you don’t even own a car”. When everything started to fall through, I realized I was being foolish by trying to move out to prove I had my shit together. What I really needed to do was focus on what was right in front of me -– i.e., finishing my degree, saving for my own car, etc. I made a list of more realistic goals, and slowly chipped away at them. Now I own a car, and moved out at age 22 –- and am actually able to comfortably live.

I went to Ireland and England with my best friend when I was 19, but I definitely couldn’t afford to do so. I’ve written about it before, because it was a learning experience for me in many ways. Do I regret my vacation with my best friend? No -– we had a blast together, as we always do. Do I wish I saved my money, and traveled at a time in my life when I actually wanted to travel, and had the money to enjoy it? Yes! Very, very much. I could afford a ticket there, lodging in a 10-bed room at a hostel, and a very basic amount of food. Other than that, we weren’t able to enjoy meals, drinks, or any sightseeing that wasn’t free. Also, a sad, ashamed part of me deep down inside knows that this post-breakup trip was partly to impress my ex, who was very passionate about ~traveling~.

Traveling abroad for the first time is a really special experience, and traveling abroad in general is something really great to do at least once in your life if it is within your means and interests. However, I wish I waited to travel abroad until the trip was less about ~finding myself~ and more about enjoying a nice, well-deserved, and easily-afforded vacation. Basically, you’re not likely to ~find yourself~ in Dublin if you couldn’t ~find yourself~ at home. But I spent $1,200 to learn that little lesson.