The Psychology Of Moving: 5 Emotional Stages Of Making A Life In A New City 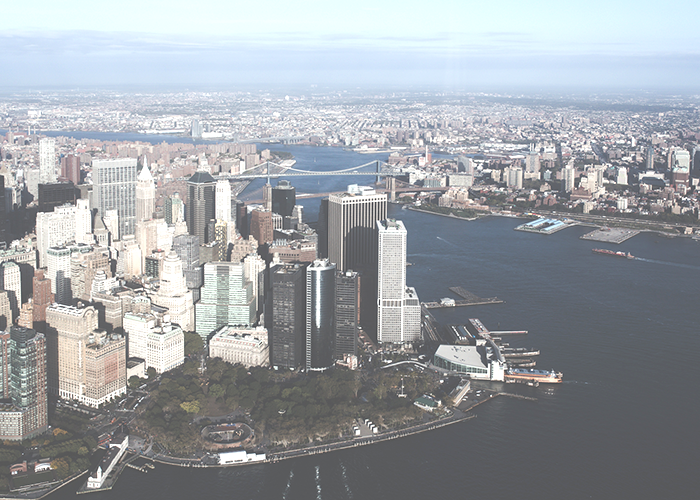 The psychology of moving to a new city is a thrilling adventure and an intimidating change. I know because I’m living it. In the past few weeks, I have interviewed for a new job, been offered a new job, quit my old job, and accepted a new job. I have subleased my apartment and rented a new apartment. I have decided to uproot my life in Chicago for a new Midwestern city, Madison, for a new job that I love. Apart from being a whirlwind of decision-making, these last few weeks have been an emotional rollercoaster. Moving to a new city is stressful on so many levels, but beyond the stress of logistics, the start of something new brings with it conflicting feelings of eagerness and anxiety. In these last few weeks, I’ve had all the unexpected feels. The list that follows illustrates the emotional whirlwind that I’ve experienced as a direct result of my impending life adventure.

I was over the moon when I got the news that I’d be moving to Madison to start my new career. It felt like the next chapter of my life was starting; the good chapter. I finally landed a job where I could pursue my passion for public service and was crazy about the idea of making a difference in the lives of others. Beyond my new professional life, I had a whole new city to explore; new streets to fall in love with, new routines to fall into, new restaurants to become my favorites, and new corners of the Midwest to fall in love with. Newness is exciting, and I couldn’t wait to turn the page and start the next chapter in my life.

I was at my yoga studio when the terror hit. Anxiety over where I would practice yoga in Madison soon transformed into terror as I realized all the things I’d be losing when I moved away from Chicago. The things I was originally excited about now terrified me, and I felt myself pumping the brakes. Why did I feel the need to make a new city my own? I had already made a city my own! I had my routines, my favorite restaurants, and my cozy neighborhood, and I was leaving all that behind. It was scary. The terror reached a new level that weekend while I was at brunch. Surrounded by friends who warmed my heart like a comfort blanket, I became terrified at the idea of leaving them. I had no friends in Madison; I had no security blanket. I understand that Chicago and Madison are not that far apart, but I also understand that people always say they’ll visit, but then never do. I realized that I would no longer be a bike ride away from my loving, funny, and supportive tribe, and I was scared at the idea of finding new friends, and leaving my old ones. Starting a new chapter meant finishing another.

With the frightened feeling in the pit of my stomach, I started doubting my decision to leave, thanks to the psychology of moving. Was this even the right choice for me? All of a sudden the job and apartment that I had complained about endlessly seemed so homey, so right. To me, wheezing radiator, you are perfect. Desk job, I love you. Why did I need to leave? Maybe I was just being selfish. Maybe I could reach my full potential right where I was at. Maybe comfort was more important than adventure. The idea of physically moving allowed doubt to encroach on my mind even further. How was I going to pack and move and unpack all this stuff I had accumulated? Moving is a hassle, staying where you are comfortable is easy, and easy was looking really great to me in that moment.

Soon enough, I snapped out of it. Well, sort of snapped out of it. I shut down the pity party and came to my senses. I knew all along that moving to Madison and starting a new career was the best decision for me, even if it was a little scary. When discussing this feeling with some friends, one of them reminded me that if something doesn’t scare you, it’s not worth doing. Aha, my new mantra! And after weeks of pretending that it was indeed my mantra, it soon became true. I finally developed that guiding voice in my head that motivated my enthusiasm and reminded me that Madison was worth it, the job was worth it, and I was worth it.

Finally, the excitement was back, even if it was accompanied by a bit of fear. However, I was overwhelmed by the sense of acceptance I felt. Acceptance on all fronts. I no longer feared being away from my friends. Real friends don’t fade with distance, and technology makes staying in touch easier. I knew we’d make the effort to stay in each other’s lives. And I knew I’d make new friends and build a new network of support. On the professional front, starting a new job means accepting that new and unknown challenges will be the norm for a while. I basked in the face of these upcoming challenges and accepted them as opportunities for greatness, instead of obstacles. Finally, I accepted that while Chicago will always be in my heart, Madison was my new home. I was ready to soak up the new town, the new apartment, the new routine, the new life.